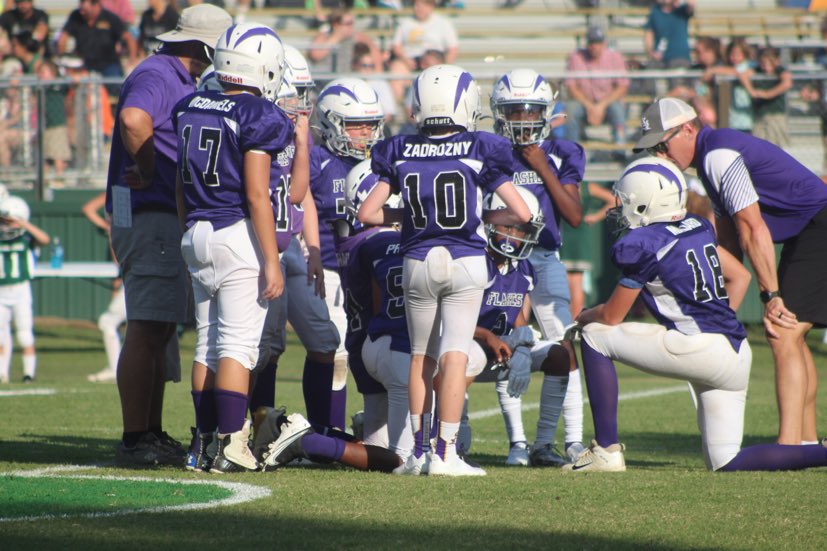 The Flashes youth football team went on the road Tuesday to face St. Andrews and came out with a 28-22 win.

“Our football players have really been working hard and I’m glad that we were able to pull out a big wig win at St. Andrews and we were happy to get some of the young players in as well,” head coach Mike McMillin said.

The Flashes were able to get on the board early with Evan Mallard taking the snaps at quarterback.

Dru Gleese couldn’t be stopped on the Flashes offense. Gleese rushed for 142 yards and two touchdowns.

Mallard and Landon Prentiss also scored a touchdown a piece.

The Flashes defense also played really well in the close game as they came up with multiple stops to keep the Flashes with a undefeated record.

The Flashes are now 2-0 on the season.

Gannon continues to show out for the Flashes’ defense