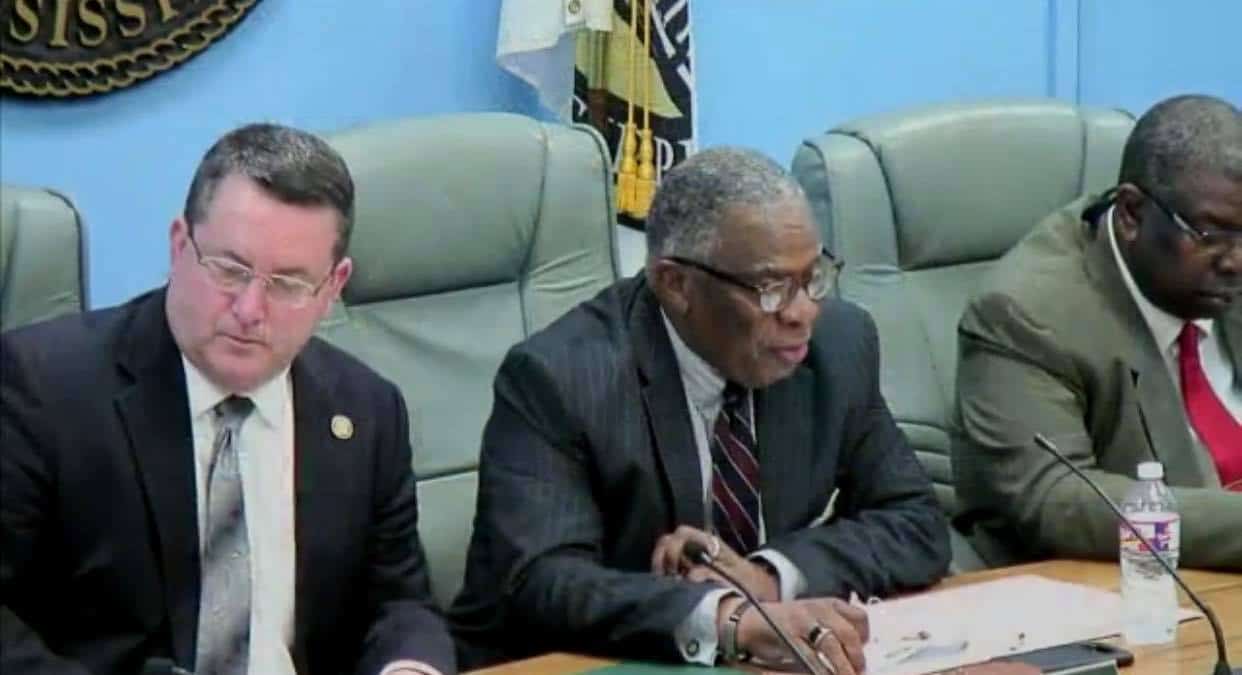 Vicksburg Mayor George Flaggs Jr. will make the decision on whether to extend Phase 1 of Vicksburg’s COVID-19 Civil Emergency Plan or go back to business as usual on Monday, March 30. The terms of Phase 1 of the plan, which covered city employees, expires March 31.

“We are in Phase 2, and I’ve got a Phase 3 ready to go that is much tougher than Phase 2 or 1,” Flaggs said during a meeting of the Board of Mayor and Aldermen on Wednesday, March 25. “We may be more strict than the governor.”

Flaggs said having a special meeting on Monday will give city employees the chance to make preparations to come back to work Wednesday, if necessary.

The numbers of confirmed COVID-19 cases in Mississippi continues to grow. As of Wednesday morning, Mississippi has 377 confirmed cases and two deaths related to COVID-19, but no cases confirmed in Warren County.

“A lot of rumors are going on,” Flaggs said. “We don’t have any cases in Vicksburg. I believe if we continue to do what we’ve asked you to do, we will be safe in Vicksburg and Warren County.”

Flaggs made reference to social distancing, including putting six feet or more between individuals and not congregating with more than 10 people at a time. Continue to wash and sanitize your hands.

The mayor takes pride in his relationships with state and national leaders and has a scheduled conference call with White House officials along with 1,000 other callers to discuss future actions to fight the virus, but Flaggs has his own agenda for the call.

“As we talk about small businesses and we talk about the middle man, let’s see if there’s a way to reimburse churches for their economic loss as it relates to this. I just believe it’s only fair,” he said.

Flaggs understands there are constitutional rules separating church and state, but he feels small churches may not have the tithes or other resources that larger churches have.

“I believe we are our brother’s keeper, and everybody has been impacted by this—the churches, too,” he said.

All recreational parks remain closed within city limits, including parks with playground equipment for children.

“Children are out of school, and they have a tendency to get on them,” Flaggs said. “We have to make decisions based on the children.”

Flaggs said the virus can live on iron than any other material and the majority of the playground equipment is metal and iron.

According to a recent study published in the New England Journal of Medicine the virus that causes COVID-19 can live in the air and on surfaces from several hours to several days. The study found that the virus is viable in very small amounts for up to 72 hours on plastics, 48 hours on stainless steel, 24 hours on cardboard and four hours on copper, though the likelihood of infection from a surface is unlikely. It is also detectable in the air for three hours. People are more likely to contract the virus from someone next to them than from surfaces, according to Carolyn Machamer, a professor of cell biology at the Johns Hopkins School of Medicine.

North Ward Aldermen Micheal Mayfield mentioned a concern from a resident that stores are running out of items the night before they open their doors early for the elderly. Once the vulnerable adults arrive, they cannot get what they need.

The mayor said that decision and concern is left for store managers, but buyers should stop panic buying and hoarding.

“If you can, by any means, go into the grocery store, please don’t buy no more than what you need,” Flaggs said. “I finally got some bananas because Kroger has run out, so everybody is missing something they want.”

“Let’s just be cautious,” he said, adding, “Leave some. We all need to share.”