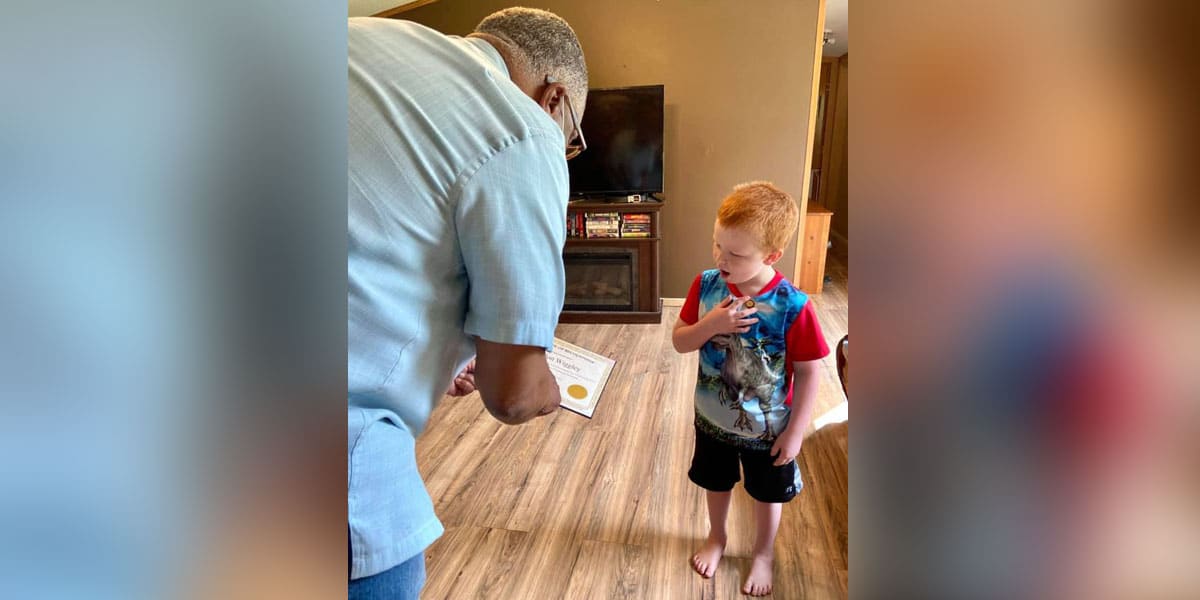 Kindergartner Waylon Wigley wrote Flaggs a letter Tuesday asking for a Target retail store to be built in Vicksburg even though he lives outside city limits. 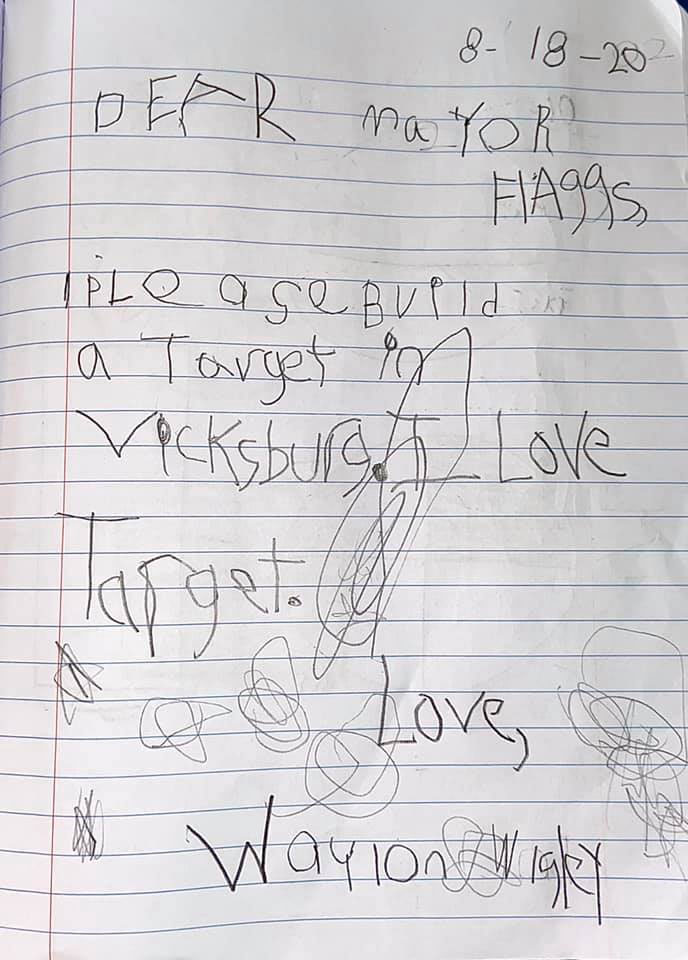 Thursday, Flaggs stopped by at Wigley’s house to personally thank him.

“Today, I visited Waylon at his home to recognize his concern for economic development in Vicksburg” Flaggs wrote in a Facebook post. “I also presented him with a $25 gift certificate to shop at Walmart in Vicksburg.

“Waylon — thanks for your letter, and thanks for looking out for the future of our City!” 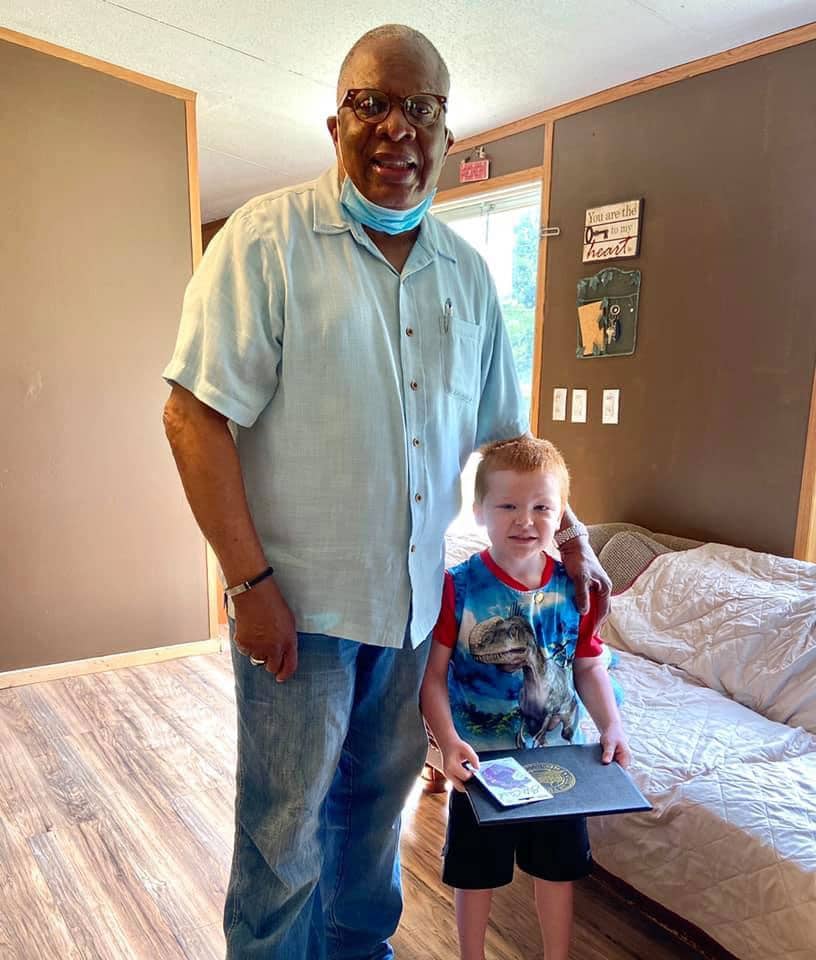 Vicksburg PD makes an arrest for the sale of cocaine