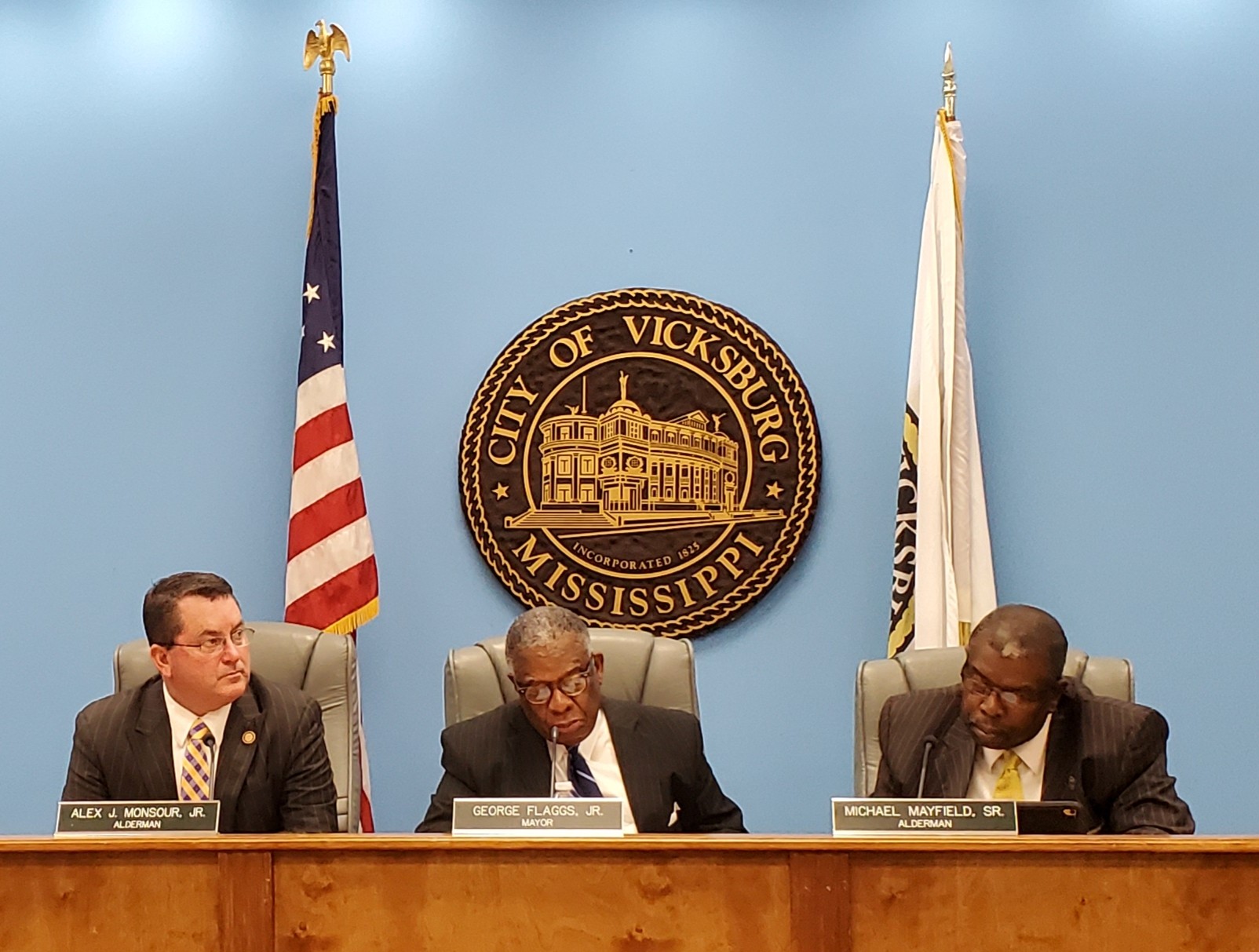 This morning’s meeting of the Board of Mayor and Aldermen began with a speech from Mayor George Flaggs Jr. Flaggs characterized Tuesday’s election results as “a mandate” from the citizens of Warren county for the city and county to  work together.

“We will move this county forward,” Flaggs said in a passionate 10-minute speech to open the meeting.

“As an elected fiduciary of Warren County funds and resources, I place great value in working with the City of Vicksburg, the State of Mississippi and any other governing body our county relies on for growth and viability,” Jackson said. “We’re not a multi-city county. We have one major city, and the majority of District 3 is in the City. Yes, I plan to work with the City of Vicksburg as much as possible to produce results for our residents and their quality of life.”

Flaggs then shifted his attention to improving the city’s appearance, challenging owners of dilapidated properties to improve their properties or tear them down. He singled out the old post office building next to City Hall, saying, “If you’re not going to improve the property, then tear it down!”

In other city business, Donna Tingle was recognized as the Vicksburg Senior Center ambassador. A large number of Tingle’s fans were on hand to show support and appreciation.

Also see our live interview with Alderman Alex Monsour regarding parking downtown and an exciting new project near the airport. 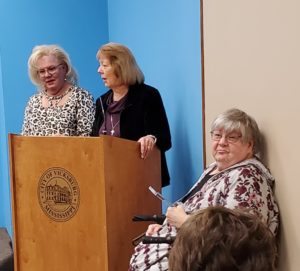 Whitaker marks 25 years of service with the Vicksburg Fire Department – thank you, sir!