Flaggs reaches out to President Trump over Military Park damage 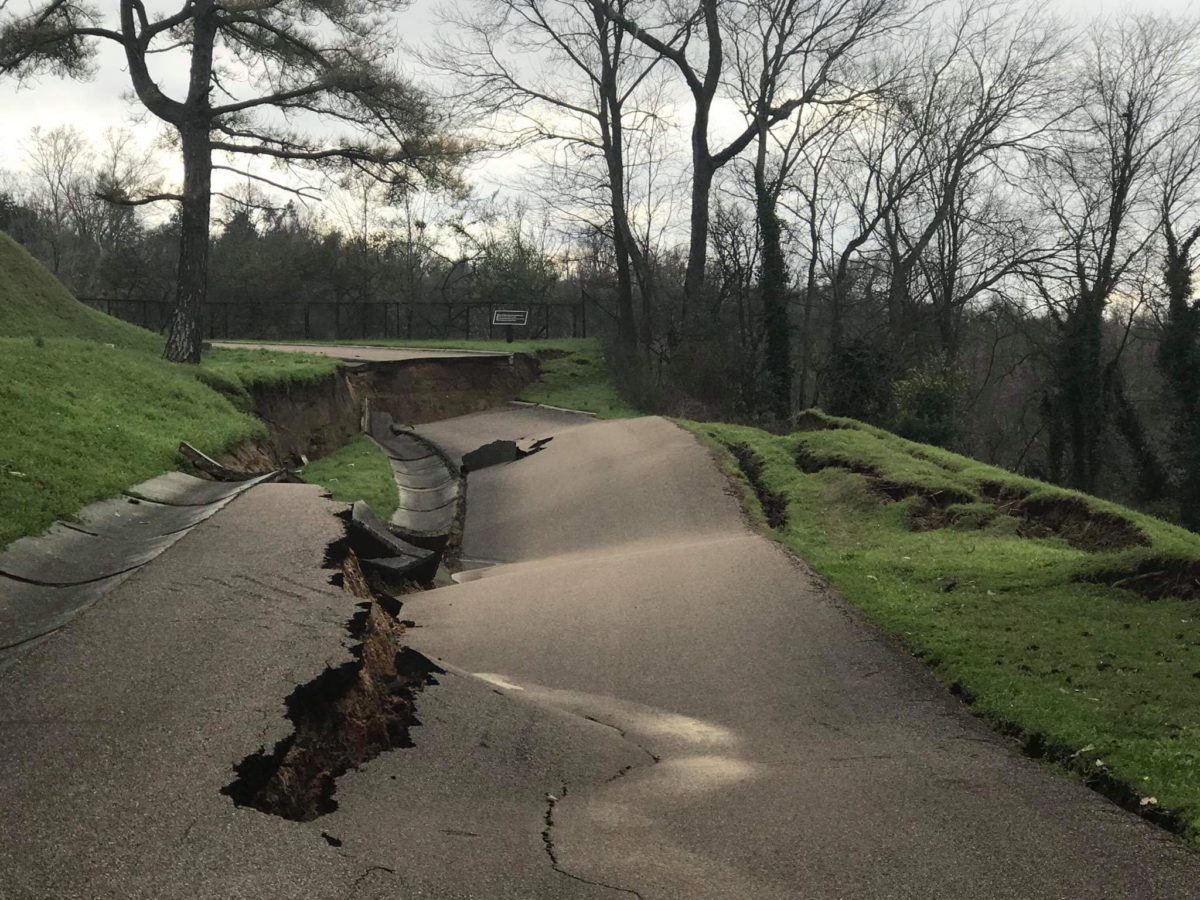 Park officials were forced to close roughly 30% of the park indefinitely on Feb. 13, Flaggs said in a letter to President Donald J. Trump.

“Much of the unexpected erosion damage is concentrated in the Vicksburg National Cemetery, the second-largest military cemetery in our nation,” the mayor wrote. “Graves of our American heroes are in jeopardy—some of which are already covered in mudslides from the natural disaster. The area most at risk is an older section of the cemetery where unknown burials from the 1860s took place, and the United States Colored Troops are interred.”

Flaggs said that a team of experts including staff from the National Park Service, archeologists, soil engineers and cultural resource specialists are working “to assess the problems and mitigate further damage.”

“These massive projects will need millions of dollars to complete,” he added.

Flaggs also emphasized the need to keep the “hallowed ground” of the national cemetery safe, along with saving “the most visited attractions in the State of Mississippi.”

During a visit to Vicksburg to dedicate the Thad Cochran Center for Technology & Innovation on Friday, U.S. Sen. Cindy-Hyde Smith expressed the urgent need to make repairs to the site and said she would be reaching out to get the repairs moving.

“I assure you that we will be all over this to try and get things repaired,” Hyde-Smith said. “It is a sacred incident.”

In his letter to the president, Flaggs mentioned Hyde-Smith had seen the damage firsthand and had pledged her support. In closing, Flaggs asked directly for government aid.

“I prayerfully and humbly request any federal assistance you can provide for these emergency projects in Vicksburg,” the mayor wrote. 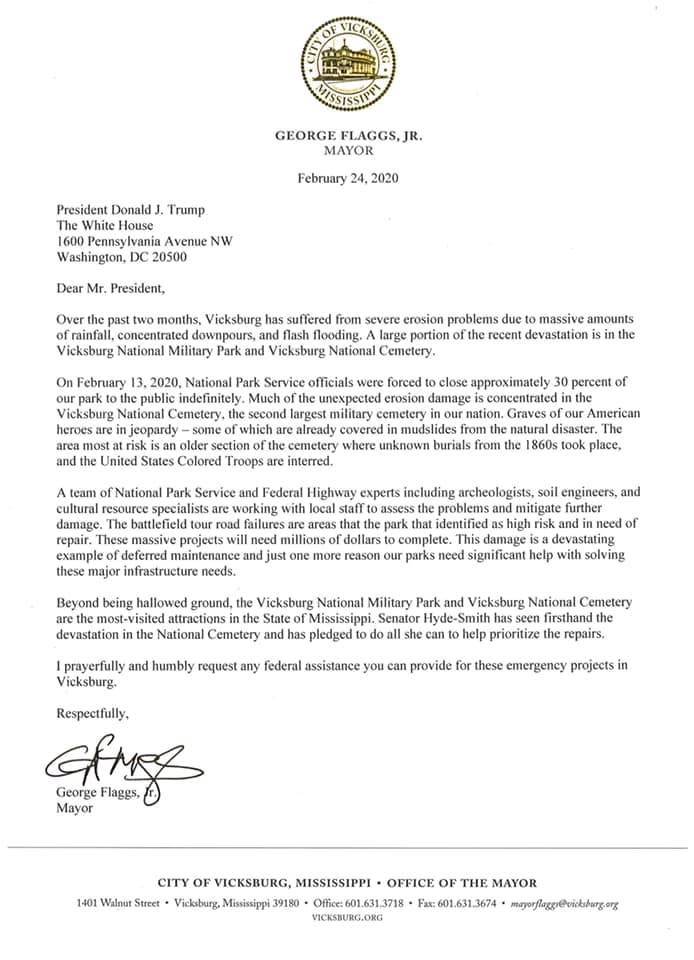 MPB launches Parents Are Teachers Too initiative in Warren County