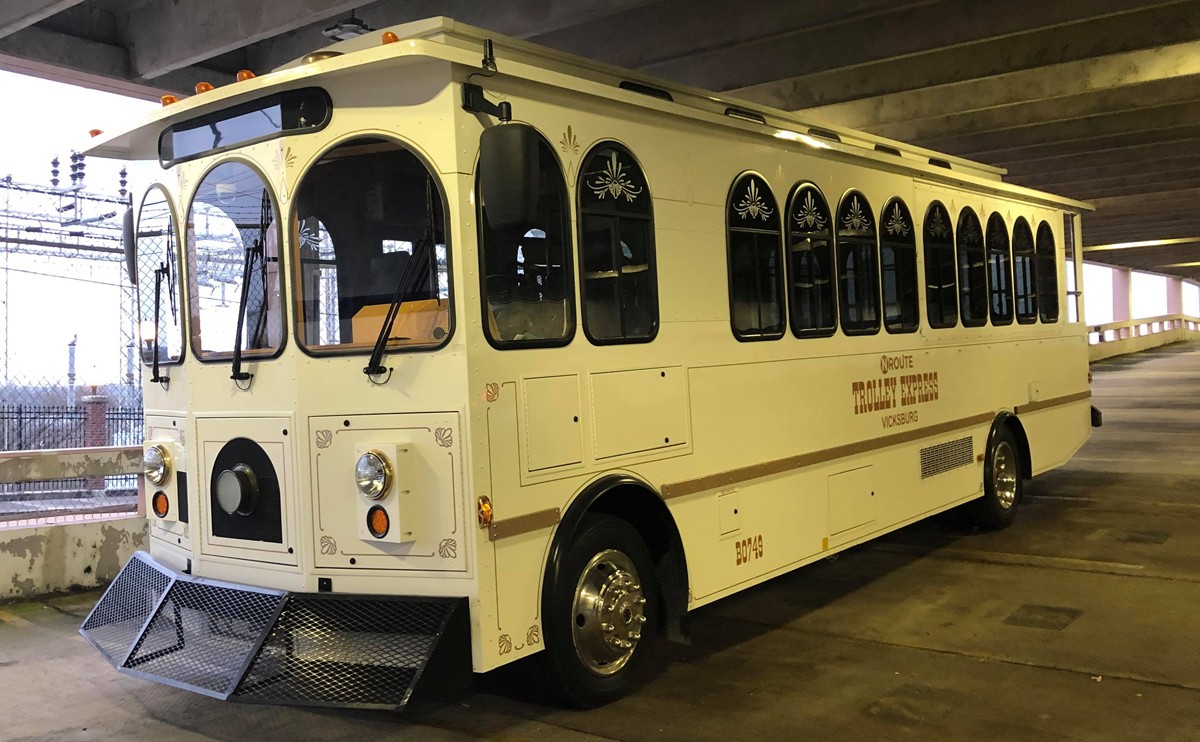 NRoute Trolley in the garage, where it spends a lot of time. (photo by Kami May)

Vicksburg Mayor George Flaggs Jr. wants to see the NRoute Trolley in regular use and is willing to use city funds to help.

In Monday’s Board of Mayor and Aldermen meeting, the mayor said the trolley would be free if it was up to him or at least offered at a lower price so that residents and tourists can readily make use of it.

“It hurts me more than any of you to see that billboard, that trolley, stay parked,” Flaggs said. “I have offered to subsidize the cost so that more people can utilize the trolley.”

He offered a suggestion of lowering the minimum to three hours at $50 an hour.

“The driver can’t be making more than minimum wage,” Flaggs said. “The gas can’t cost that much; gas is at its lowest.”

“I’m told it’s a legal matter, but laws are not forever,” he added. “It seems if you ask me to help you, I should be able to get help from the Department of Transportation, statewide or federal.”

The nearly 6-year-old NRoute trolley needs to be in use as much as possible because “it looks good,” Flaggs said. “It rides good. It needs to be moving.”

NRoute bus transportation began in 2006 and is operated by a five-member board. The trolley was a $193,000 investment, 80% of which was paid with federal grants.

“It would show a lot of our city if on weekends it was used for a class reunion or a wedding party, or just a group of people that get together to see the city,” the mayor said.

Vicksburg business delegation goes to Washington with the mayor