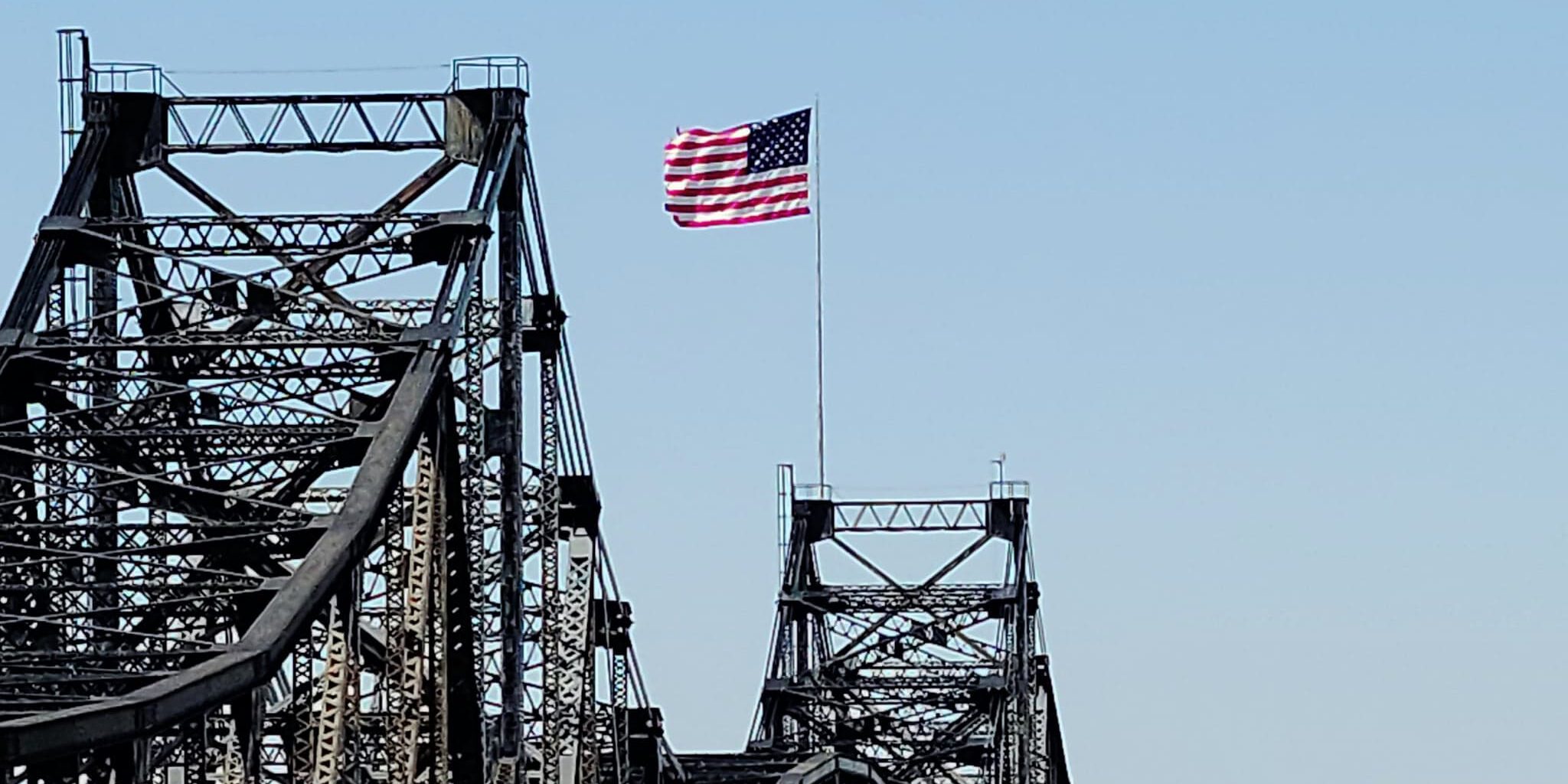 With the rainy weather out of the way, officials were able to raise the flag on its newly installed pole atop the Old Highway 80 bridge.

The pole was replaced on Tuesday with a taller, more modern version that will allow the flag to be flown at half mast when the need arises.