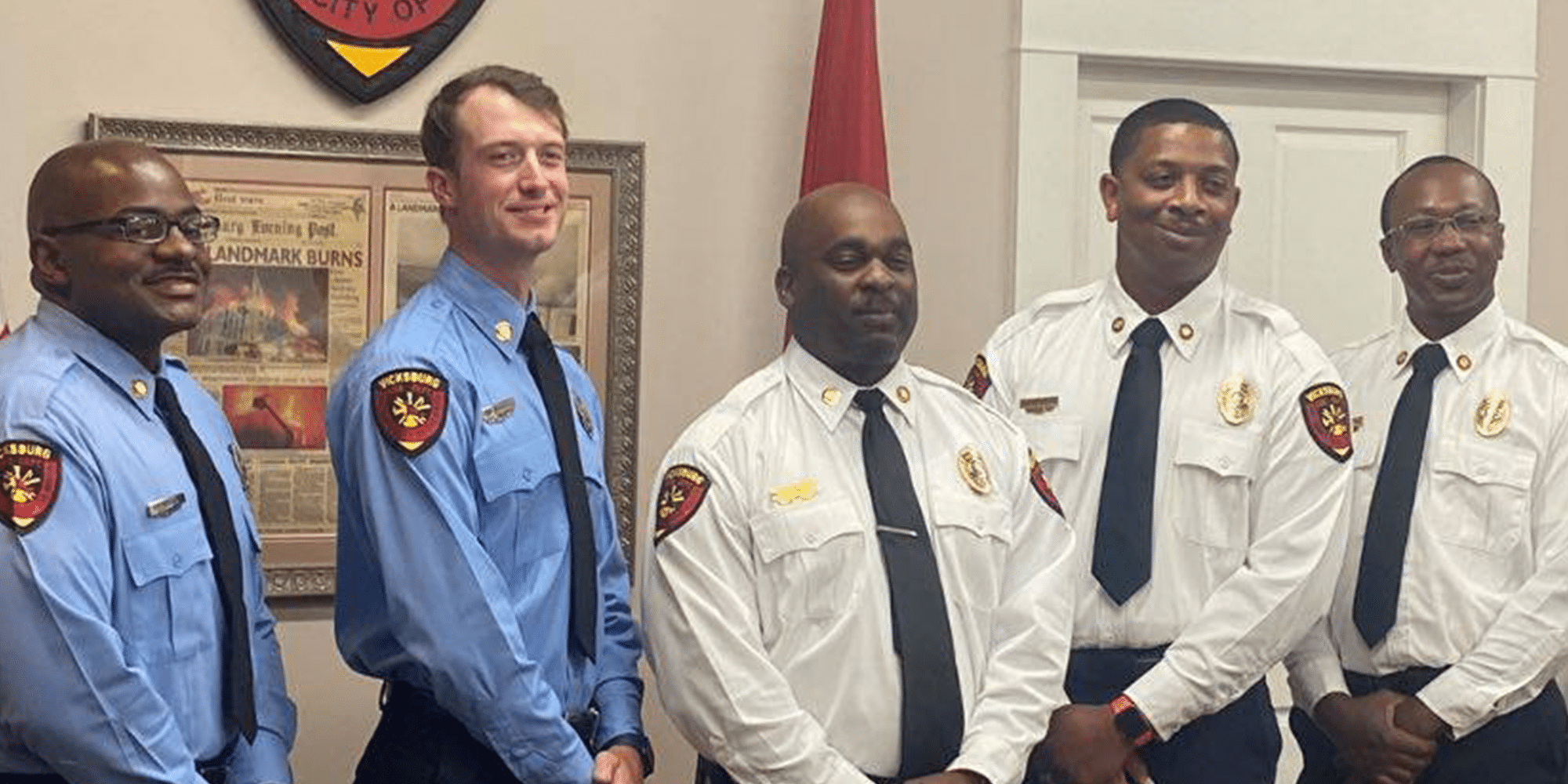 The ceremony was held at Central Fire Station where Chief Craig Danczyk was thrilled about the new promotions within his department.

“Today is about three captains and two lieutenants that were at the top of the list and for those reasons we’re gonna promote and honor them today,” Danczyk said. “A lot of our captains and lieutenants are really the day to day people that provide all these services whether it’s fire, rescue, or EMS,” he added.

Michael Walker, Vincent McRaven and Derrick Gardner were the first members of the VFD to receive their pins as they were happily promoted to captain as they were surrounded by friends and family.

Darin Lewis and Zane Russell received their pin second, which represented the two being promoted to lieutenant as Assistant Chiefs Derrick Stamps Sr. and Trey Martin assisted with the pinning.

Each of the hard working members of the VFD Lewis, Russell, Walker, McRaven and Gardner all put their lives on the line every day by staying committed to keeping the citizens of Warren County safe as they respond to dangerous situations on a regular basis.

Receiving their promotions today is just a small token of appreciation for all of what they do for their community and the city of Vicksburg will always be in debt to them for their services.