Kevon Moore and Titan Moore, two of three suspects charged in the Oct. 30 shooting at the Vicksburg Days Inn. The third suspect is a juvenile.

This morning, two men arrested for the Oct, 30 shooting at the Vicksburg Days Inn on Warrenton Road appeared before Judge Angela Carpenter in the Vicksburg Municipal Court.

Kevon Moore, 19, and Titan Moore, 18, both of Vicksburg, were each charged with attempted murder, armed robbery and possession of a stolen firearm.

Their victim, Moses Ellis, 23, was transported to University of Mississippi Medical Center in Jackson with a gunshot wound to the neck. His condition remains unknown.

Carpenter set the bond for each defendant at $850,000. They were bound over to the Warren County Grand Jury.

A juvenile was also taken into custody for the shooting and is being held at Warren County Juvenile Detention Center. 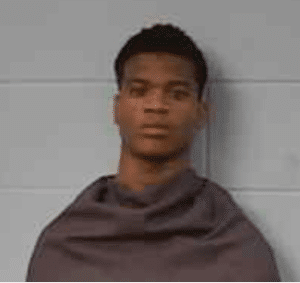 Ke’Shawn Williams, 16, has been charged in connection with an Oct. 13 shooting.

Ke’Shawn Williams, 16, also appeared in Municipal Court today as a result of a shooting that occurred Oct. 13, 2019, near Locust and First East streets.

Williams was arraigned on one count of drive-by shooting, two counts of attempted aggravated assault and one weapons charge.