Fireworks Were a Blast! 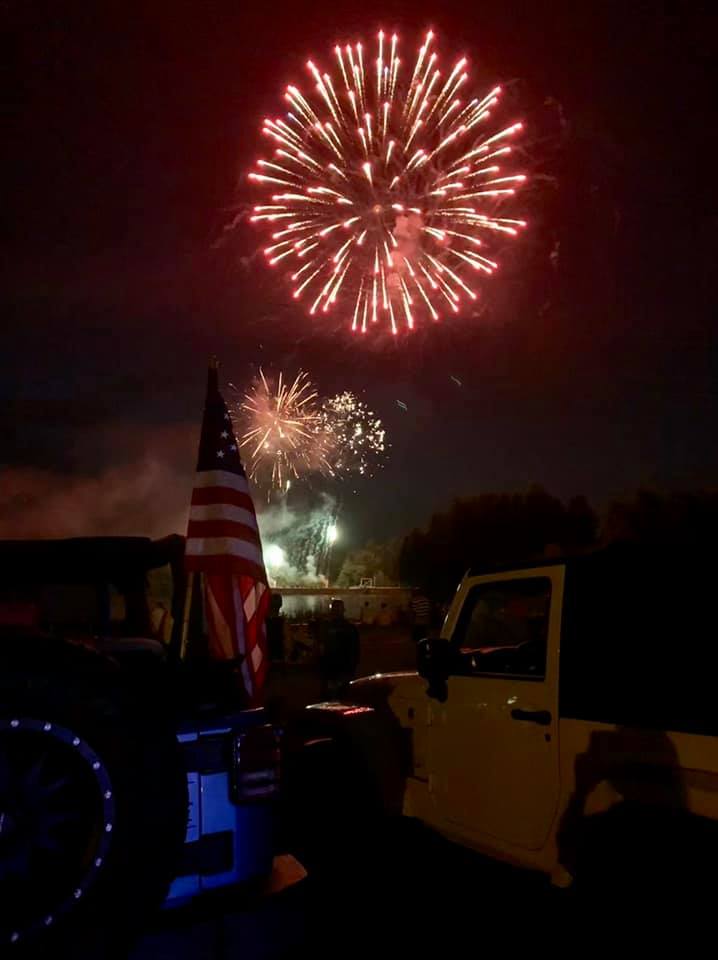 Thousands of people enjoyed a great evening of community fellowship and patriotism in Vicksburg last night. 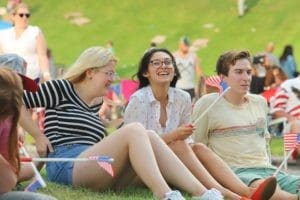 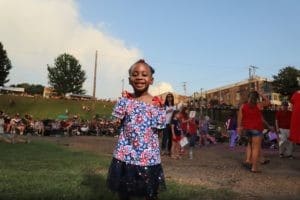 This lovely young citizen can’t help but show her joy. (photo from VTV)

The weather was threatening earlier in the day and actually knocked out power for a thousand folks around town. But by 6 p.m., the skies were friendly and the crowds started gathering downtown. While celebrations were seen all over town, downtown was the place to be.

The City of Vicksburg really showed off and showed out.

The newly sodded park area beneath the newly redone Mississippi BBQ Company that overlooked the Old Train Depot Museum that looks up to the newly upgraded Biscuit Company was a magnificent setting for the fireworks on the water. 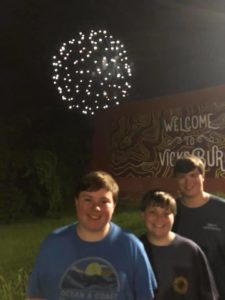 Jon Lindemann and his crew set up the perfect shot for the fireworks.

There were families and revelries held everywhere you looked. People were smiling, laughing and some were just enjoying the view with others. But overall there was a joyous sense of community. 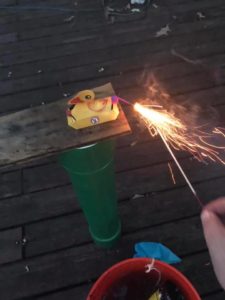 Ritch Southard (who took this photo) was heard to say “Give me your ribs or the duck gets it.”

Vicksburg Mayor George Flaggs Jr. and Alderman Alex Monsour started the festivities with very short speeches, a pledge of allegiance to the Flag and hope that the citizens they serve enjoy their night.

Then Dr. Zarr and the Amazing Funkmonsters did their best to make sure you had fun. 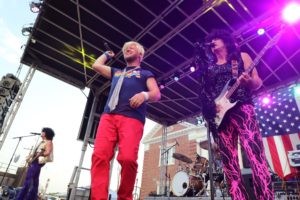 Dr. Zarr and the Amazing Funk Monsters get the crowd in the right mood. (photo from VTV)

As the sun went down and the dance music stopped, a sense of anticipation filled the air. And oh, it was worth the wait.

JoAnn Lynn Hamric caught this perfect early firework just as the last of the sun disappeared. 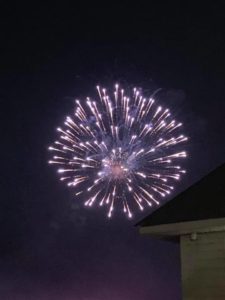 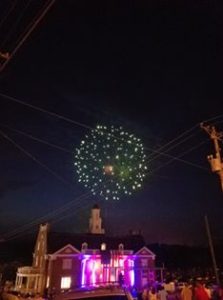 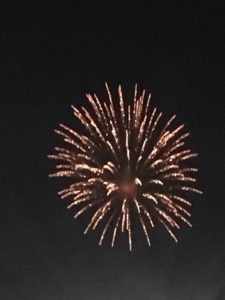 The traditional fireworks show started with a blast of red flare-like explosions low to the ground and a few loud reports high above. The next 40 minutes were a non-stop display of colorful explosions, hearing the thousands there go ‘ooh and aah’, some minor applause and anticipation that ‘that was the finale’. But there was no mistaking it once the finale began. 60 seconds of powerful, colorful and endless explosions in the sky. 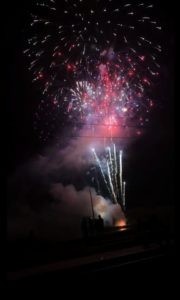 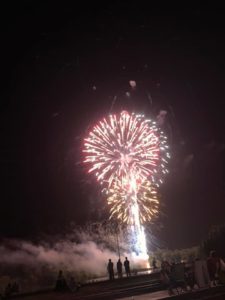 Lucy DeRossette with a wonderful capture. 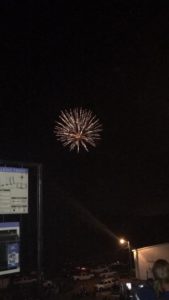 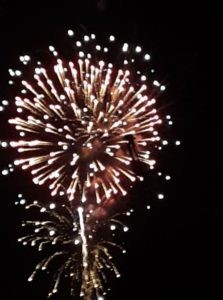 Neal Massey is to be credited for this photo. 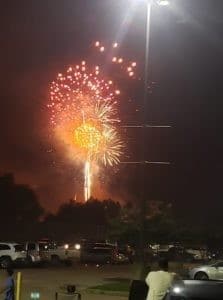 Michelle May Willis captures the fireworks and the response. 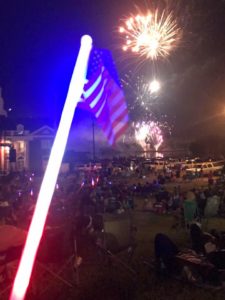 Melanie Allen with a patriotic shot of the events. 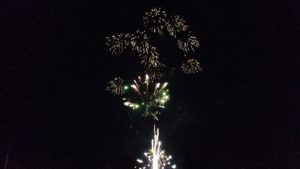 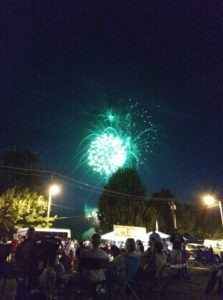 Mallory Lowe with this glowing photo. 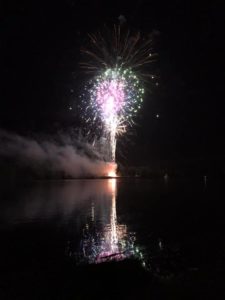 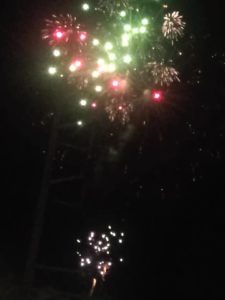 When it was done spontaneous applause and cheers erupted from the assembled.

Michael Winningham caught the reflection glowing over the waters.

The Vicksburg Police Department had every intersection covered and every route was as efficient as it could be. In a tangled web of streets designed for carriages, with cars parked everywhere, the police department managed a smooth, event-free egress from one of the best community get-togethers in years. 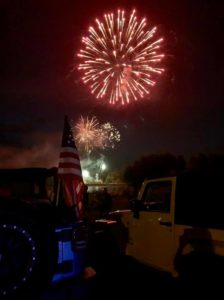 Featured photo by Leslie Smith Hollowell. Can it get any more American or Mississippi than this.

All but two Mississippi beaches now closed to swimmers

Inmate escaped from Parchman this morning