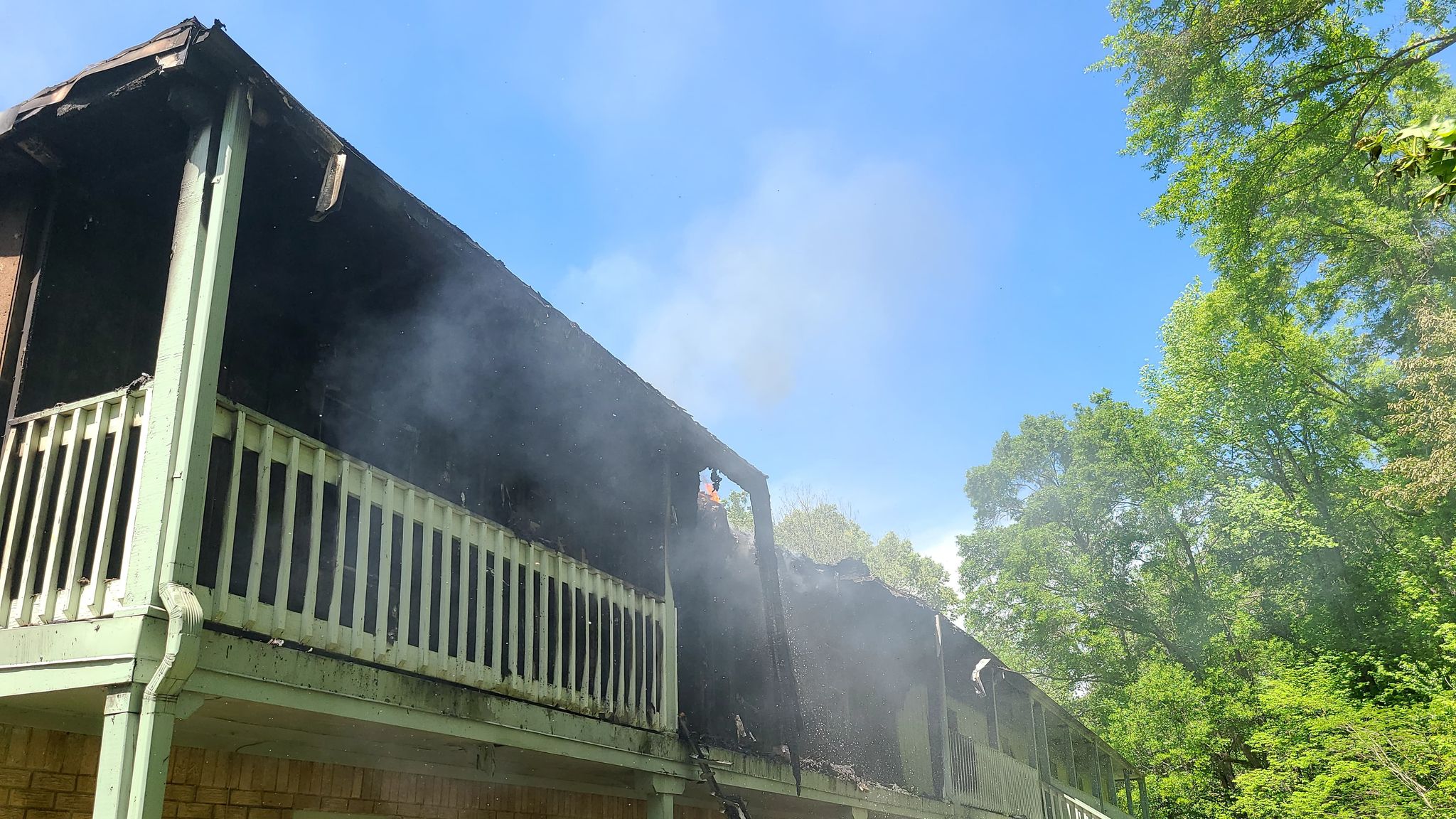 At around 1:30 p.m. on Thursday afternoon, Warren County firefighters were summoned back to the scene of an earlier fire at building seven at the Azalea Trace Apartments located at 320 Fisher Ferry Road.

Embers from the earlier blaze have reignited after the fire was initially under control and resolved.

Units from across the county are back on scene along with fire engines from Fisher Ferry Fire Department. Culkin’s Water Tender (Engine 209) is on standby to respond if needed for water support. 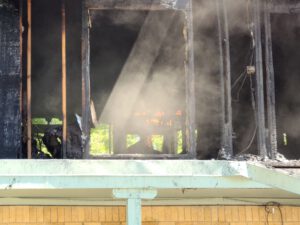 Units are on standby if water support is required. (Photo by David Day) 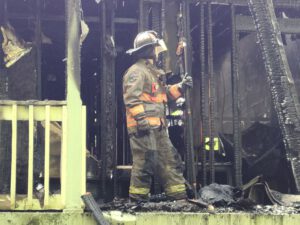 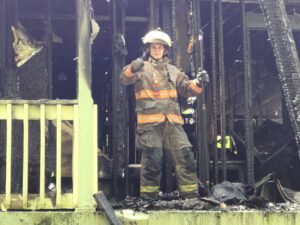 We will continue to update you if anything more develops. The fire is under control at this time.