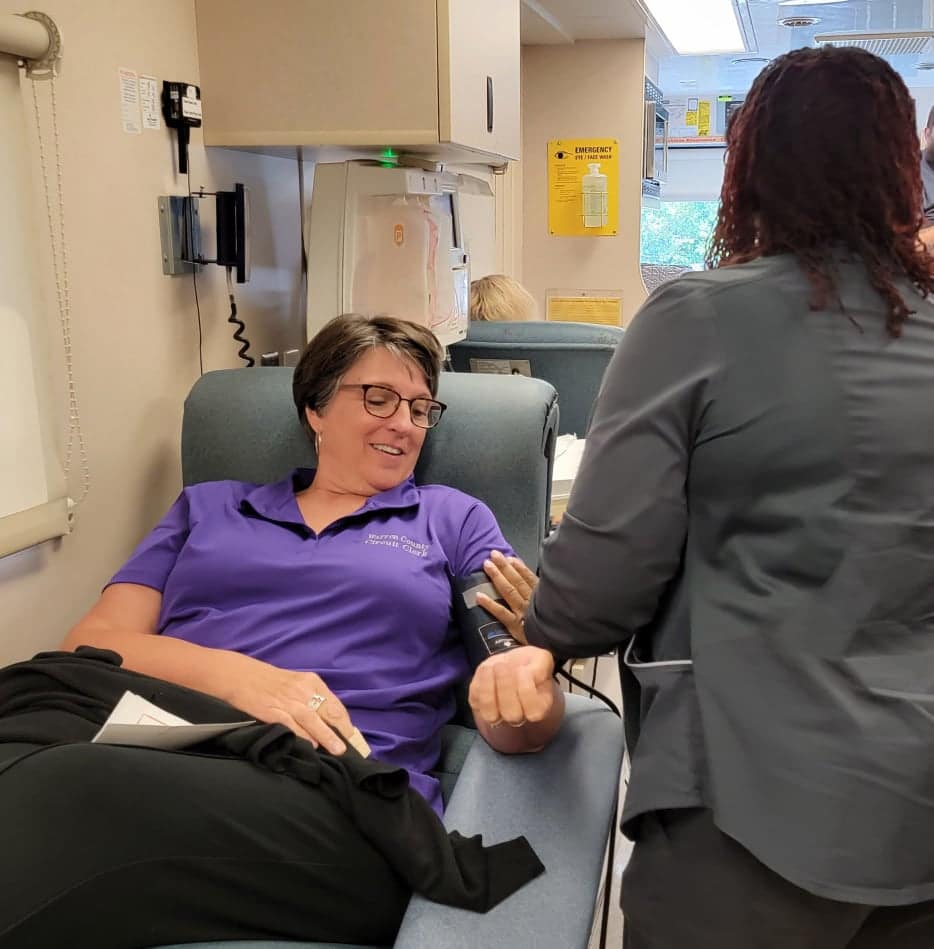 A blood drive organized and supported by several agencies in Warren County almost tripled its goal on Tuesday. 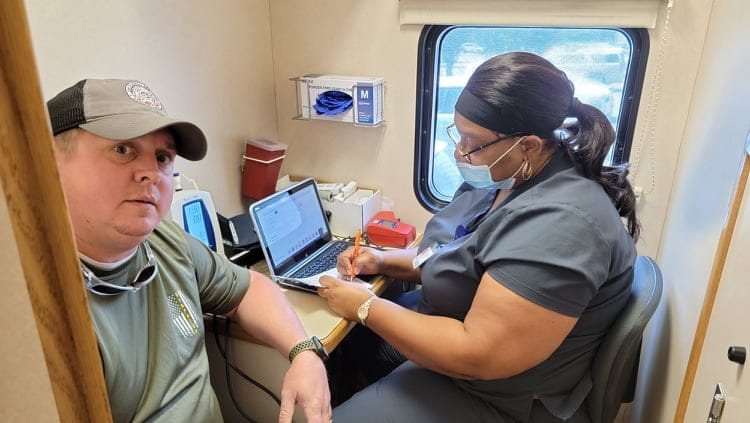 Shane Garrard took forever to give up his personal information and answer simple questions. (Photo by David Day)

That “good idea” turned into one of the best Mobile Unit blood drives for the Mississippi Blood Services. Garrard reported that the number of pints taken in today’s effort was more than double, and just short of triple, the amount they had planned on taking in.

“Don’t quote me on this, but they said Warren County kicked …” 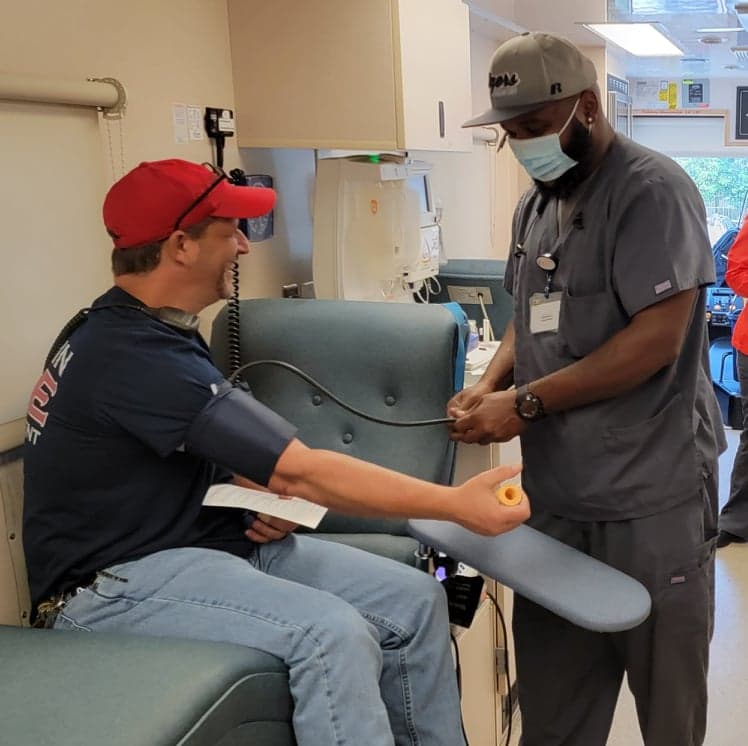 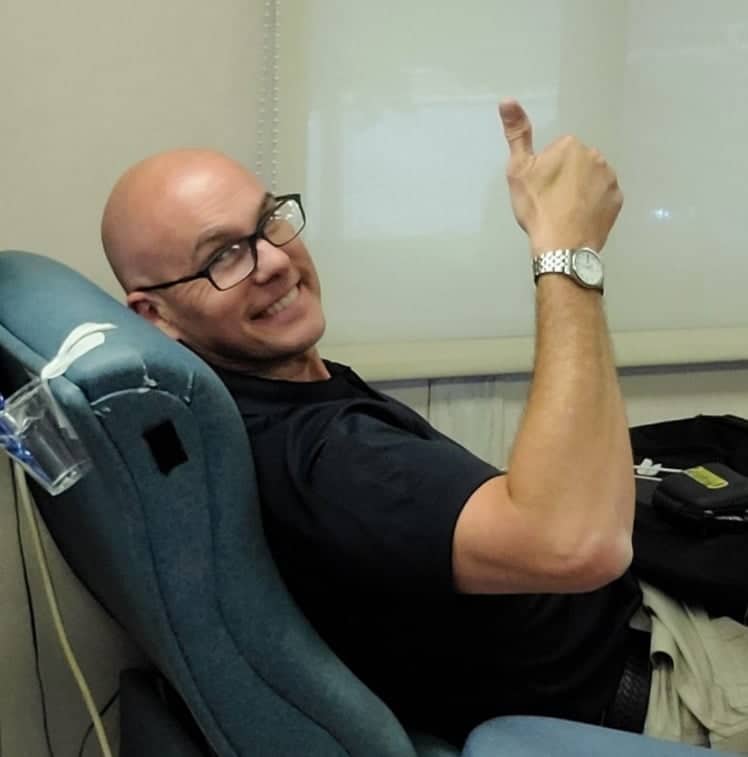 Vicksburg Fire Chief Craig Danczyk donates a pint and is happy about it. (Photo by David Day)

Warren County Fire Boss Jerry Briggs helped organize this event with Shane Garrard. If you think you have what it takes to become a Warren County firefighter and want to join the team of good neighbors, call Fire Boss Briggs at 601-218-9911. They will train you every step of the way and will, from time to time, ask for your blood. 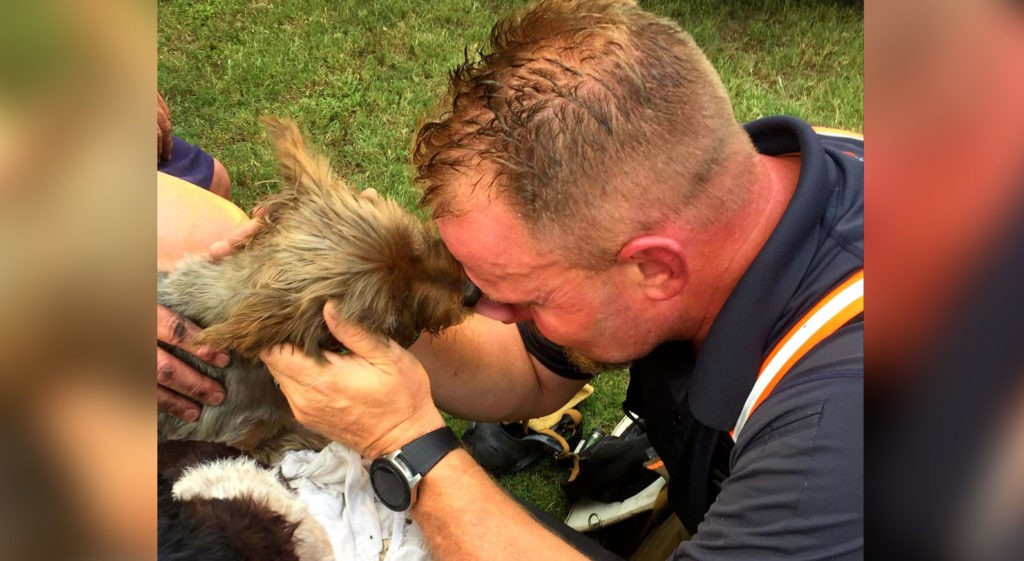 Doodles thanks Fire Coordinator Jerry “Fire Boss” Briggs for saving him from the blaze (Briggs is on the right). Photo by David Day