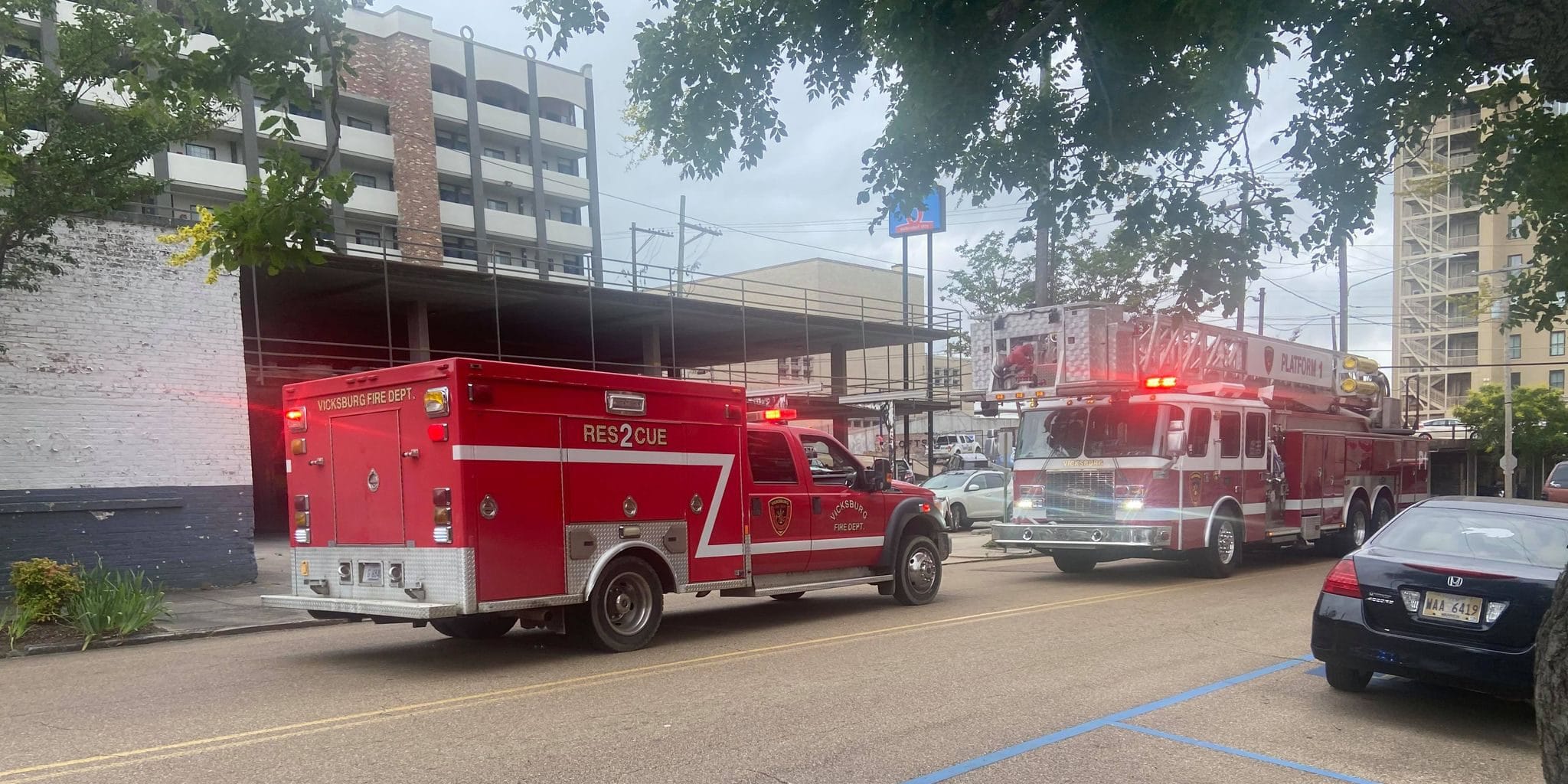 (photo by Keith Phillips)
A fire scare at an apartment building in downtown Vicksburg resulted in an evacuation of the building Thursday afternoon.
The Vicksburg Fire Department responded to The Vicksburg Apartments (formerly The Vicksburg Hotel) at 801 Clay Street for a fire alarm on the 9th floor at 1:09 p.m. Thursday, May 20.  The occupants of building were evacuated until the building and conditions were deemed safe by Vicksburg Fire Department.
Smoke was found coming from a laundry room appliance malfunction on the 9th floor of the nearly century-old landmark.  Smoke and heat were detected but no flames were visible.  Firefighters were able to ventilate the building and ensure the safety of all residents. 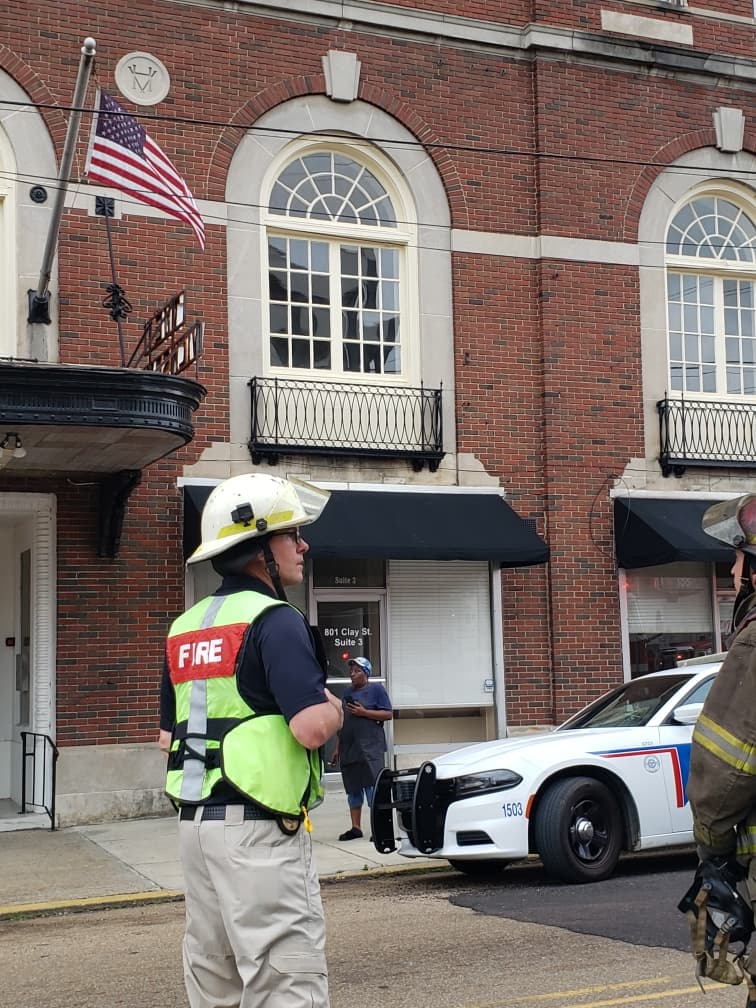 The fire alarm system functioned properly and the response from firefighters was swift and effective.  Luckily, the situation turned out to be relatively minor, but residents were assured by the expert response that they are in good hands.
Related Topics:Featured
Up Next