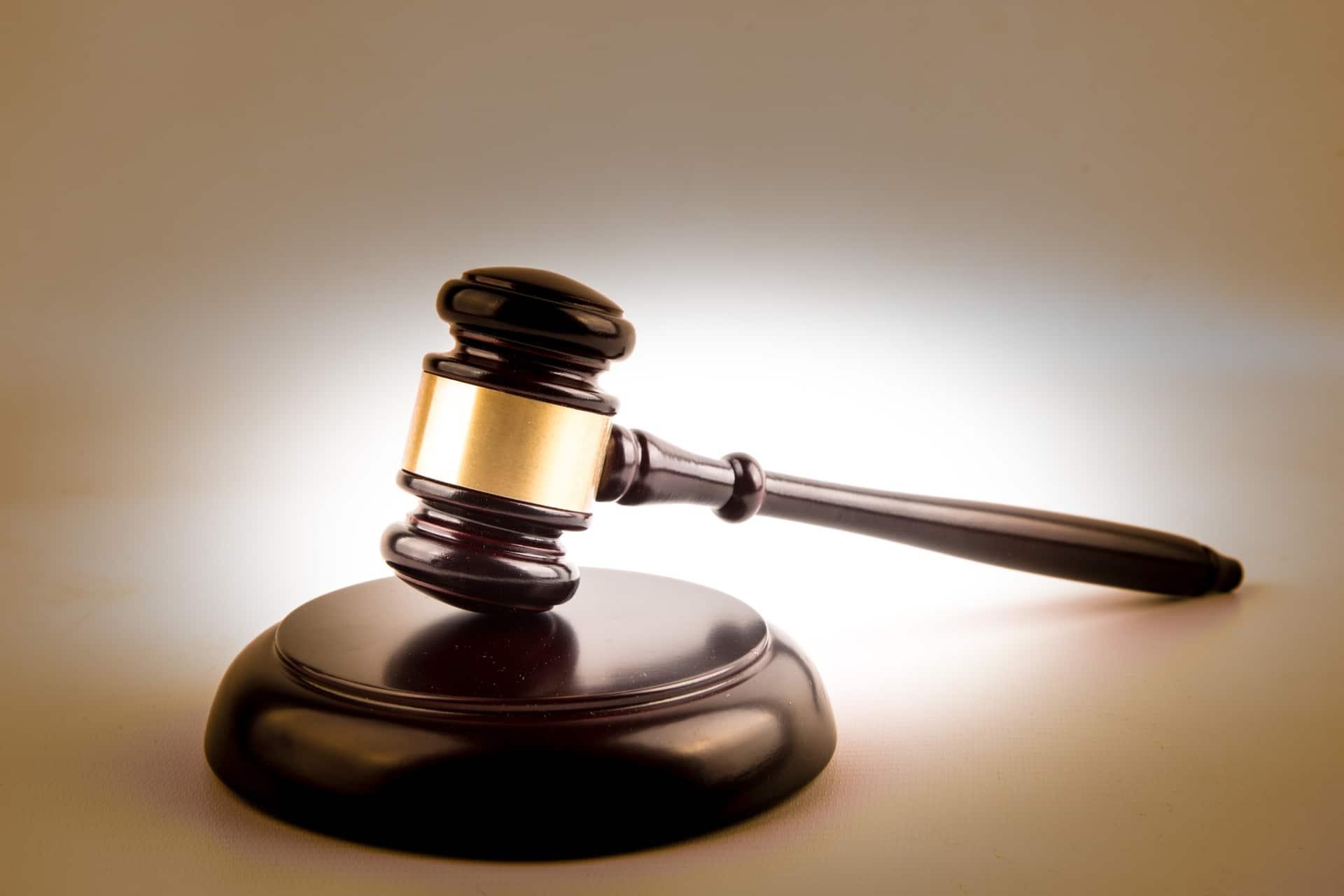 A federal judge has struck down the part of Mississippi’s eviction law that allows landlords to immediately seize the property of delinquent tenants, saying it has “unpredictable and absurd results.”

In 2019, an apartment manager stood in front of Columbus paralegal Samantha Conner while he took nearly everything she owned — the electronics she used to stay employed, her children’s birth certificates and baby photos, her college diplomas and even the Playstation her teenage son bought himself with money he earned.

All over less than a thousand dollars in unpaid rent.

With the help of the University of Mississippi School of Law Civil Legal Clinic, Conner eventually sued the apartment owner, property manager and constable, asking the judge to examine the law and award her damages.

Conner told Mississippi Today she lost more than just belongings that day, which is why the latest ruling means so much to her.

“To know that I was the catalyst for getting this ridiculous law changed, that gives me back some of the power that I feel that I had lost,” she said Wednesday.

Facing a surprise removal warrant in early 2019, Conner tried to pack up whatever belongings she could after the property manager at her apartment and a county constable entered her apartment, ordering her to leave.

But apartment manager Kevin Casteel demanded she drop the items — her laptop she needs for freelance work, hard drives with client information on them and even a tub of Vaseline.

“Casteel and (Lowndes County Constable Sonny) Sanders followed her through the apartment like she was a criminal trying to steal her own property,” Conner’s attorney wrote.

U.S. District Judge Michael Mills said there’s just one way to look at what Casteel did: “It can only be regarded as an act of pure mean-spiritedness and spite that Casteel deemed it preferable to throw plaintiff’s cherished personal items in a dumpster rather than allow her to keep them or return them to her,” he wrote.

But state law apparently allowed him to do it.

Despite what Mills called “very vague and non-specific” arguments Mississippi Attorney General’s Office presented in the case in defense of the law, “This court concludes that the Mississippi statutes in question are, in fact, unconstitutional and must be so declared,” the Nov. 30 order reads.

The judge’s order includes a stay pending an appeal, giving the Legislature the opportunity to revise the statute in its 2022 session. Michelle Williams, chief of staff for Mississippi Attorney General Lynn Fitch, did not say whether the office planned to appeal. “We are reviewing the order and evaluating our next steps at this time,” she said in an email.

When contacted in February for an initial story about Conner’s case, Jack Hayes, the Columbus attorney representing Casteel and the apartment complex owner James Brooks, told Mississippi Today: “It may sound harsh. And it may be harsh, but they followed the letter of the law.”

Hayes told Mississippi Today on Thursday that the judge’s ruling has “put everyone in a tailspin.” He said he’s received calls from realtors and leasing agents who are concerned about how to handle evictions going forward. Hayes also said that it’s rare for a case like this to result in a judge finding state law unconstitutional, and it’s never happened in a case of his. But it’s the attorney general’s office, not Hayes, who is responsible for defending the law.

Hayes said that the latest ruling does not resolve Conner’s request for damages against his clients, whom he still argues never acted illegally. The parties could reach a settlement before trial, otherwise a jury will decide what the defendants owe Conner.

On top of losing access to all her basic necessities, Conner has faced homelessness on and off since the eviction.

“I know what struggling is, and I know the feeling of being without a home and having a family and what that entails,” Conner said. “I’m glad that they’re finally recognizing how many lives this has wrecked, because you can’t rely on all the landlords to just be upstanding individuals and to use the law the way it was supposedly written.”

Mississippi’s Landlord-Tenant Act, amended in 2018 and 2019, provides that as soon as a judge grants an eviction in court, the landlord may immediately assume ownership of all the tenant’s belongings located on the property, even a trailer home. An eviction is almost always ordered automatically if the tenant is even one day behind on rent and there is no guarantee of a grace period that would give them the time to move.

No other states allow landlords to immediately seize tenant property the way Mississippi does, lawyers with the Mississippi Center for Justice told Mississippi Today earlier this year.

Mississippi Center for Justice attorney William Bedwell said the recent judge’s order presents an opportunity to revamp the entire eviction process in Mississippi, “because it’s kind of a Frankenstein process the way our statutes are split up.”

“Judges, landlords and tenants would all benefit from better clarity,” he said.

Mills wrote that one reason he was compelled to find the statute unconstitutional is because it is one of the harshest eviction provisions in the nation. He argued that even if tenants are given notice that any property left at the apartment past the date of removal may be “disposed,” no reasonable person would anticipate they be forced to leave their belongings at the premise.

“This court can discern no reason why a tenant in plaintiff’s position would have even dreamed, based on the language of the summons, that she would be confronted with the Kafkaesque nightmare which actually transpired in this case. Such things do not happen in America. In forty-nine states in this country, this perception would be correct,” he wrote.

Mills described a statute in West Virginia, for example, which specifies that for property to be considered “abandoned,” the tenant “must have ‘informed the landlord in writing’ that such is the case, or else it must be ‘garbage,'” Mills wrote in his order.

“Mississippi’s eviction statutes fail to engage in such a reasonable balancing of the interests of the landlord and tenant, instead giving the landlord full and complete authority to immediately ‘dispose of’ any personal property of the tenant, with unpredictable and absurd results.”

The rule also creates scenarios where tenants can have wildly different outcomes based on the moods of the landlord.

“A tenant fortunate enough to be evicted by a landlord with a modicum of human decency might be allowed to take much of her property with her,” Mills wrote, “while less fortunate tenants, such as the plaintiff in this case, might see cherished personal possessions such as family photos and diplomas maliciously discarded.”

What happened in Conner’s case may be outrageous, but it’s not entirely unique. The University of Mississippi legal clinic recently filed two other suits against Casteel and Brooks, alleging they did the same thing to other tenants.

Conner’s attorney Desiree Hensley described the scenario: Casteel and the constable show up, force the tenants to leave with nothing, then when the tenants beg, even show up with cash to try to pay for their stuff back, they’re told, “No, this is mine.”

“I think it was their business model,” Hensley said.

Hensley said that when Conner first reached out to the clinic, the team immediately sent a letter to the landlord, notifying him he had violated Conner’s rights and asking him to return her belongings, in which case they wouldn’t have sued. He refused.

“Our hope is that that leads her to get damages that help her put her life back in order,” Hensley said.

Conner has been living in a hotel for the past three months. When reached on Wednesday with the news of the ruling, Conner’s initial tone after answering the phone changed: “Are you serious?” she said through laughter.

“You don’t know how much I needed this news today,” Conner said. “I can jump out of bed and click my heels. I am homeless now again because of them. And so this makes me sing from the inside out. Trust me. You can’t see it, and probably can’t hear it in my voice, because I am extremely depressed right now, but this definitely gives me some light out of that dark tunnel.”

“I think that this is going to enable people and may give other people the courage to be able to go forward and maybe seek out some justice,” Conner continued. “They may have been scared. And now I have been able to provide this footing, so that they can use this law now to say that, ‘Hey, you cannot do this to people.’ People matter. We have feelings. And I don’t think that people grasp that. When you’re poor and struggling, people just think that you’re nothing. And I want people to understand that our feelings are valid as well.”

Child care centers may finally receive up to over $400,000 in pandemic relief grants