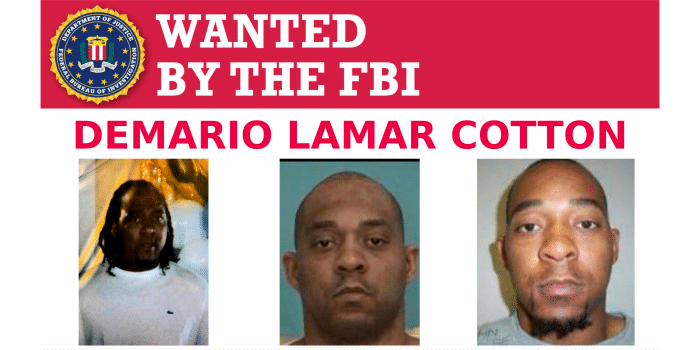 The Federal Bureau of Investigation is offering a reward of up to $50,000 for information leading to the arrest and conviction of Demario Lamar Cotton, a known member of the Gangster Disciples street gang, who shot an FBI agent Saturday night during a traffic stop.

Cotton has several tattoos on his left arm and THUG LIFE across his hands.  He is 6’2″ and 250 pounds, with brown eyes and black hair.  He is also known by Kountry Kane or “Big Kountry”.  Cotton should be considered armed and dangerous. 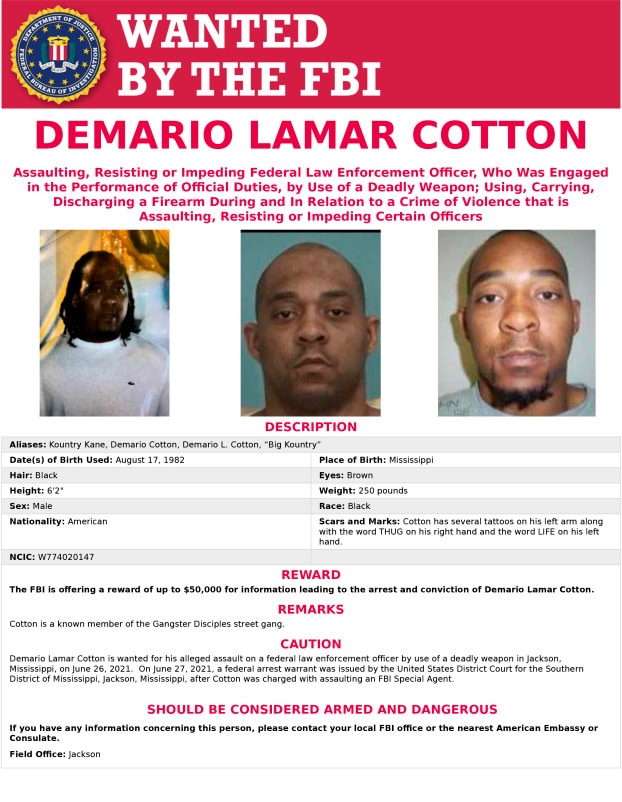 Around 11 p.m. on Saturday, an FBI agent out of the FBI Jackson Field Office was shot in the line of duty by Demario Cotton after assisting Jackson police with a traffic stop.

After being stopped by officers, Cotton exited his vehicle and began to open fire at the officers. An FBI agent was hit in the altercation and was taken to the University of Mississippi Medical Center for treatment. The agent has since been released from the hospital.