At just after midnight, Monday, a vehicle was traveling the wrong way on Highway 61 North. One 18 wheeler carrying fuel avoided the car. The next 18 wheeler swerved but ended up making head-on contact.

The driver of the semi was shaken up by what happened.

It was immediately obvious the driver of the two-door coupe had not survived.

As deputies and firefighters did their jobs, witnesses to the accident and those first on the scene were transfixed on the scene. Some just stared. Two were on their knees praying. A couple was agitated.

As the facts are released and more details become known, we will share them with you.

For now, keep in mind a family is in shock, friends are in disbelief and first responders have one hell of a job. 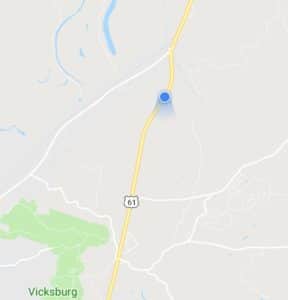 Driver trapped and off the road on I-20 west