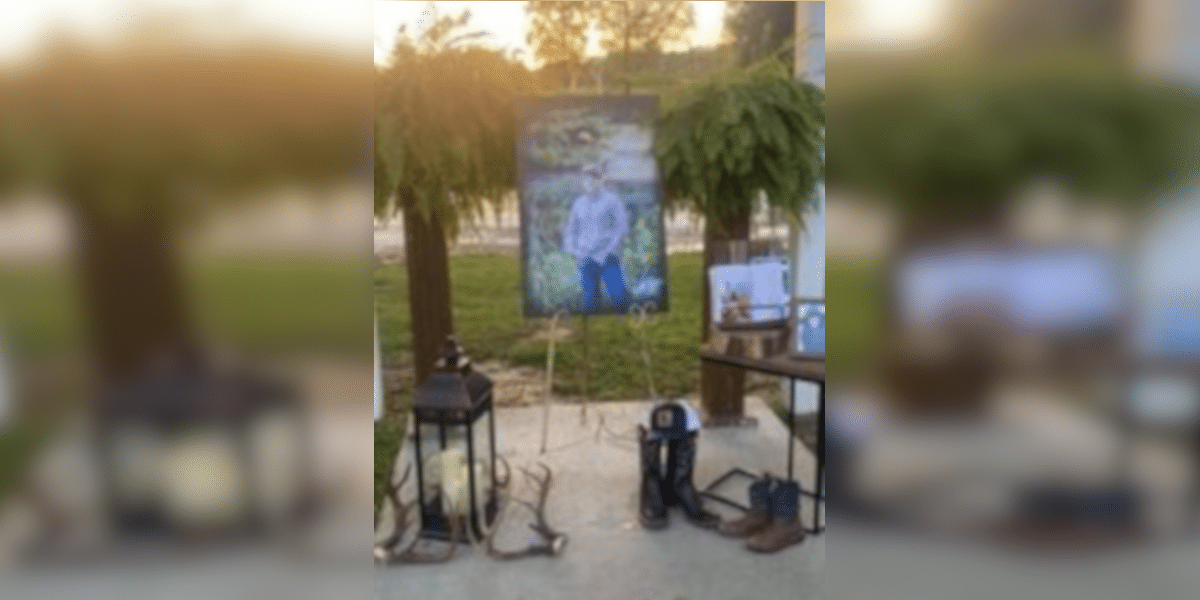 On Saturday evening, April 10, family and friends came to the picturesque setting of The Hideaway at Reed Farms in southeastern Lincoln County to celebrate the life of Zeb Hughes. The outdoor service was held while a beautiful sunset served as the backdrop to a truly impactful scene. 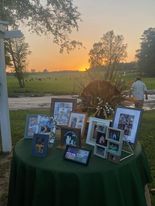 Zeb’s circle of friends served as honorary pallbearers. They were dressed in Colombia shirts, jeans and boots similar to what Zeb wore on a regular basis. Each wore handmade boutonnières made by Zeb’s mother, Sharon. 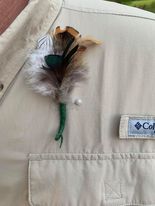 boutonniere made by Zeb’s mother, Sharon
(photo by T. Parker)

Zeb’s sister, Marlee, told the story of her brother. She recounted how her Mother was placed on bed rest in hopes that he wouldn’t be born prematurely. He arrived full-term and healthy. Marlee told of Zeb’s need to make everyone smile and feel included. She told of her brother taking up for the underdog and taking up for those being bullied. She and several others talked of the hugs that Zeb gave and how he valued family and his friendships. She told the story of how just days before his accident, his Mother found him reading the Bible in Mathew, Chapter 13.

Family friends Tiffani Hickson and Libbie Assink shared stories of Zeb and his fondness for Chris Pratt’s acceptance speech from the Milineum Awards a couple of years back. Hickson read the speech, portions of which brought laughter from the crowd. They also shared a poem which we have also shared below. It came enclosed as a gift to Zeb’s mother, Sharon, and has brought her great comfort through this event. 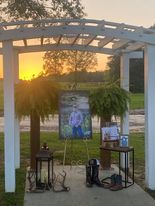 sunset during the memorial for Zeb Hughes
(photo by S. Parker)

The Hughes family Pastor, Brother Chad Ainswoth, delivered a powerful message of Zeb’s faith, his love for his family and friends, and the type of wonderful young man he was. Ainsworth shared how dismayed Zeb was at being stricken with COVID, only to find it to be a blessing when his grandparents contracted it; he was able to care for them. Ainsworth again referred to Mathew 13 and read several passages from the Bible. As this was occurring, two ducks circled over the crowd, loudly making their presence known before flying into the sunset. Someone in the crowd shouted, “There goes Zeb and Gunner!”

The service closed with a stirring rendition of the Oasis song “The River” performed by Karly Nichols. As she was reaching the end of the song, a solo duck flew over the crowd announcing himself as he flew into the sunset. Quite frankly both moments involving the ducks brought chills to me. This truly may have been the most amazing celebration of someone’s life that I have had the privilege to attend. I ask that you continue to join me in lifting both of these families up in prayer.

This is your life.  Do what makes you happy.

If there is something that you want, go get it.

If you have a dream, follow it.  Do not let fear hold you back.

Trust your instincts and believe in yourself.  You are capable of more than you know.

There will be times that you fall, but you will stand again.

Protect your heart, but recognize when to let go.

Reminisce in the good times, but always look ahead.

Learn from your mistakes, but do not dwell on them.

Be confident in who you are.  Keep your head held high,

and remember that you are beautiful.

Do not be afraid to express how you feel.

Live hard, laugh harder, and when you love- love with everything you’ve got.

Never settle.  Find your passion.  You can be whoever you want to be.

There are no set rules, there is only now.

THIS IS YOUR NOW!

THIS IS YOUR TIME!

THIS IS YOUR LIFE!

You only have one.