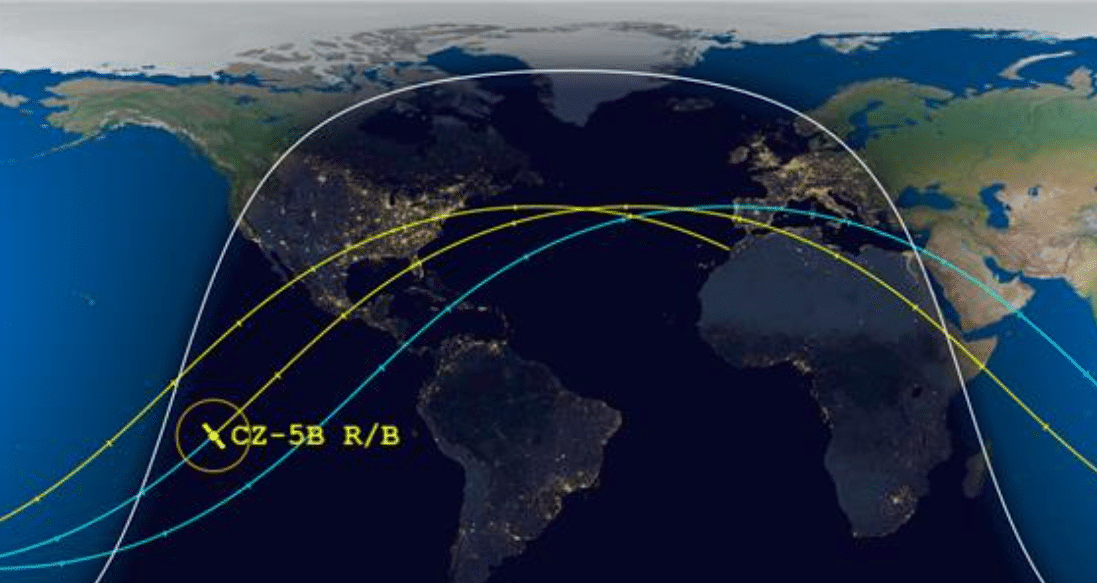 China launched its largest ever rocket last week and the remnants fell into low-earth orbit, where they have been circling the globe in their descent.  The world is watching with anticipation, as it is still unclear exactly where the debris will impact.  A recent Twitter update by CNN reporter Will Ripley indicates that we are already within the estimated impact time-frame of the descending rocket.

This is one of the largest pieces of space debris to fall back to earth and has an estimated dry mass of 18 to 22 tonnes, according to Reuters.  It is unclear how much of the space junk will burn away or exactly where it will impact.

The Aerospace Corporation has been tracking the space debris as it has fallen into low-earth orbit. Their latest prediction has the rocket re-entering over the Pacific Ocean and shows potential ground track uncertainty after predicted re-entry in yellow.

The European Space Agency has predicted a risk zone that defined as “any portion of Earth’s surface between about 41.5N and 41.5S latitude”, which includes virtually all of the Americas south of New York, all of Africa and Australia, parts of Asia south of Japan and Europe’s Spain, Portugal, Italy and Greece.

Cosmosapiens is streaming a real-time tracker on their YouTube channel showing the path of the rocket debris.  At the time of this writing, the object is reported to be hurtling 106 miles above sea level over the Pacific Ocean and headed over the Americas. 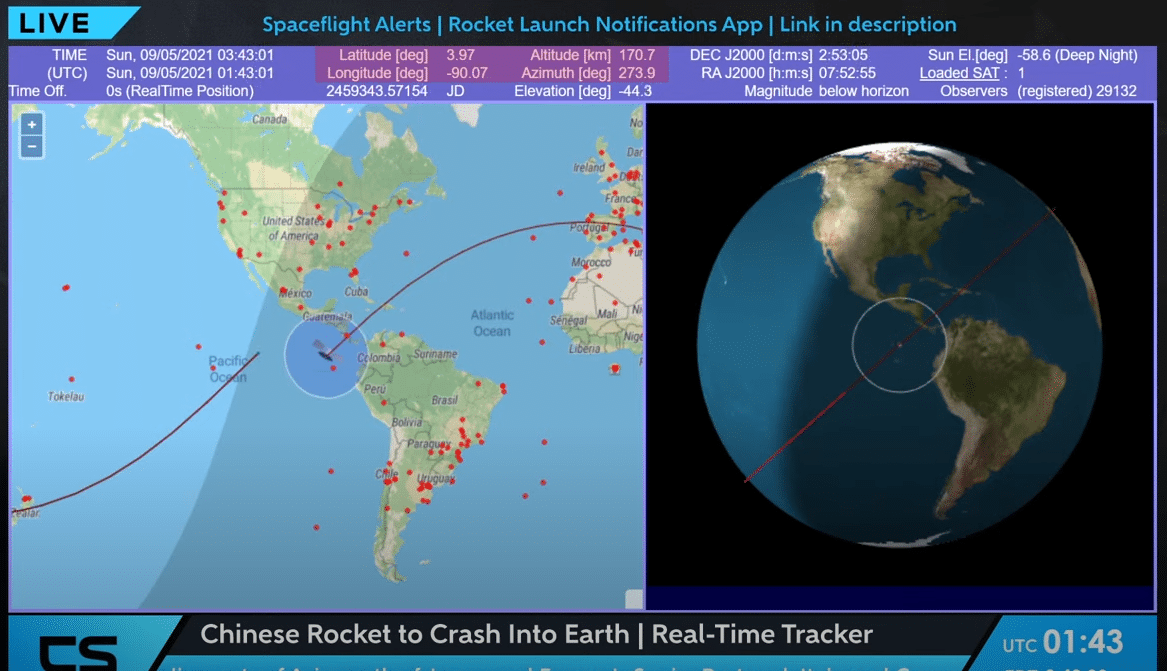