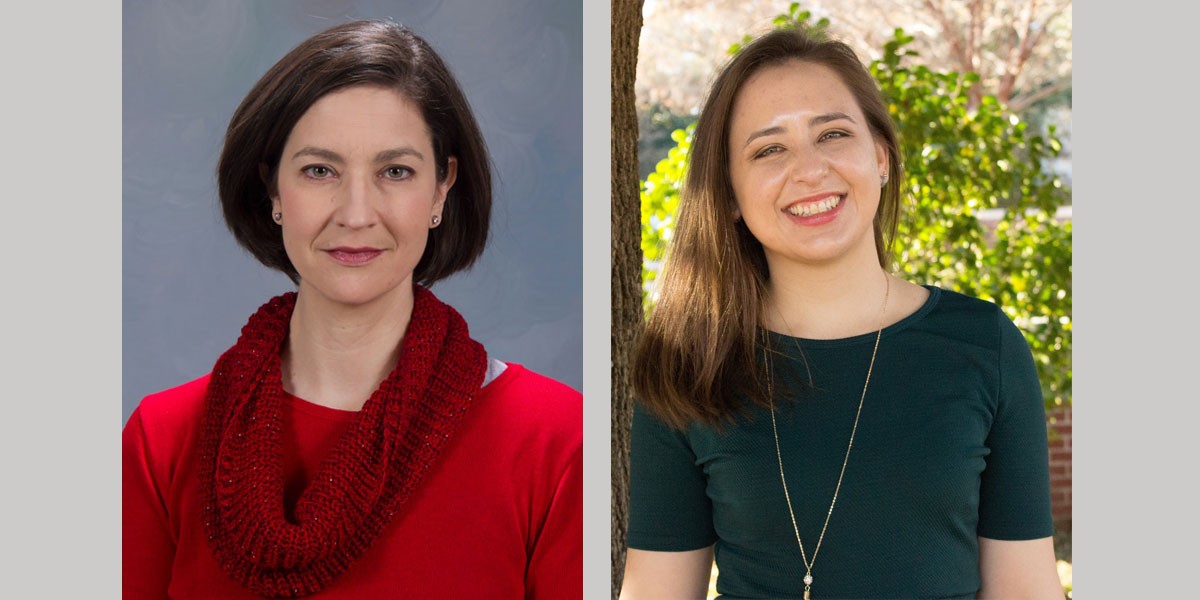 HENAAC’s annual awards have recognized America’s top engineers and scientists from the Hispanic community for the past 31 years. Lozano was named a STEM hero, while Ruvinsky was honored for professional achievement.

“When I was younger, I was introduced to a drafting class by a female architect,” Lozano said. “It was through this drafting class that I realized that my appreciation for art and creativity could go hand in hand with my strength in math. As I kept looking around, I had male engineering influences, who I am so thankful for because they nurtured my goals and desires, but I never really had a female STEM influence. One of my dreams is to be a mentor and influence to the next generation, especially minority women.

“So many girls are not encouraged to pursue STEM fields, especially within the Hispanic community,” Lozano continued. “I hope that through something like this award, I can be an influence and face to younger girls. Even now, I think of Justice Ruth Bader Ginsburg and her influence. I may not have as large a platform as Justice Ginsburg, but I hope to be an encouragement to my fellow female Latinas that it is possible to make it and succeed in STEM and that our ideas and voices are worth being heard.”

Lozano’s research has resulted in impactful technology that is saving time and money and helping preserve our nation’s navigation infrastructure. Her accomplishments are critical to ensuring that the life of our nation’s aging hydraulic structures is extended. Lozano is a dedicated team member who encourages others to pursue careers in STEM and serves as a tutor, assists with English as a second language classes and promotes diversity and inclusion in the workplace.

“This award has given me pause to think about the things in my life that have made me the kind of person that I am,” Ruvinsky said. “One of the most significant aspects of the context of my professional career is my parents’ immigration to the U.S. from Argentina. Though I can hardly imagine the fear and anxiety that those choices and experiences may have caused them, when I think of those events, I only think of the courage, perseverance and drive that it must have taken to do what they did. This is their legacy to me, and these are the shoulders I stand on with undying gratitude. I owe all my strength of character, courage in the face of adversity and uncertainty, and ambition to lean in from my dear parents. Te lo agradesco por siempre.”

Ruvinsky’s data analytics skill set has resulted in several opportunities to provide cost savings in procurement and maintenance for the Department of Defense. In addition to being a leading expert in data analytics, she also excels at bringing together and leading teams to accomplish challenging goals. Ruvinsky has advanced the state-of-science through her publications and is noted for being a dedicated mentor, devoting countless hours to coaching and encouraging early career computer scientists in data science and data analytics.

Related Topics:FeaturedU.S. Army Engineer Research and Development Center’
Up Next