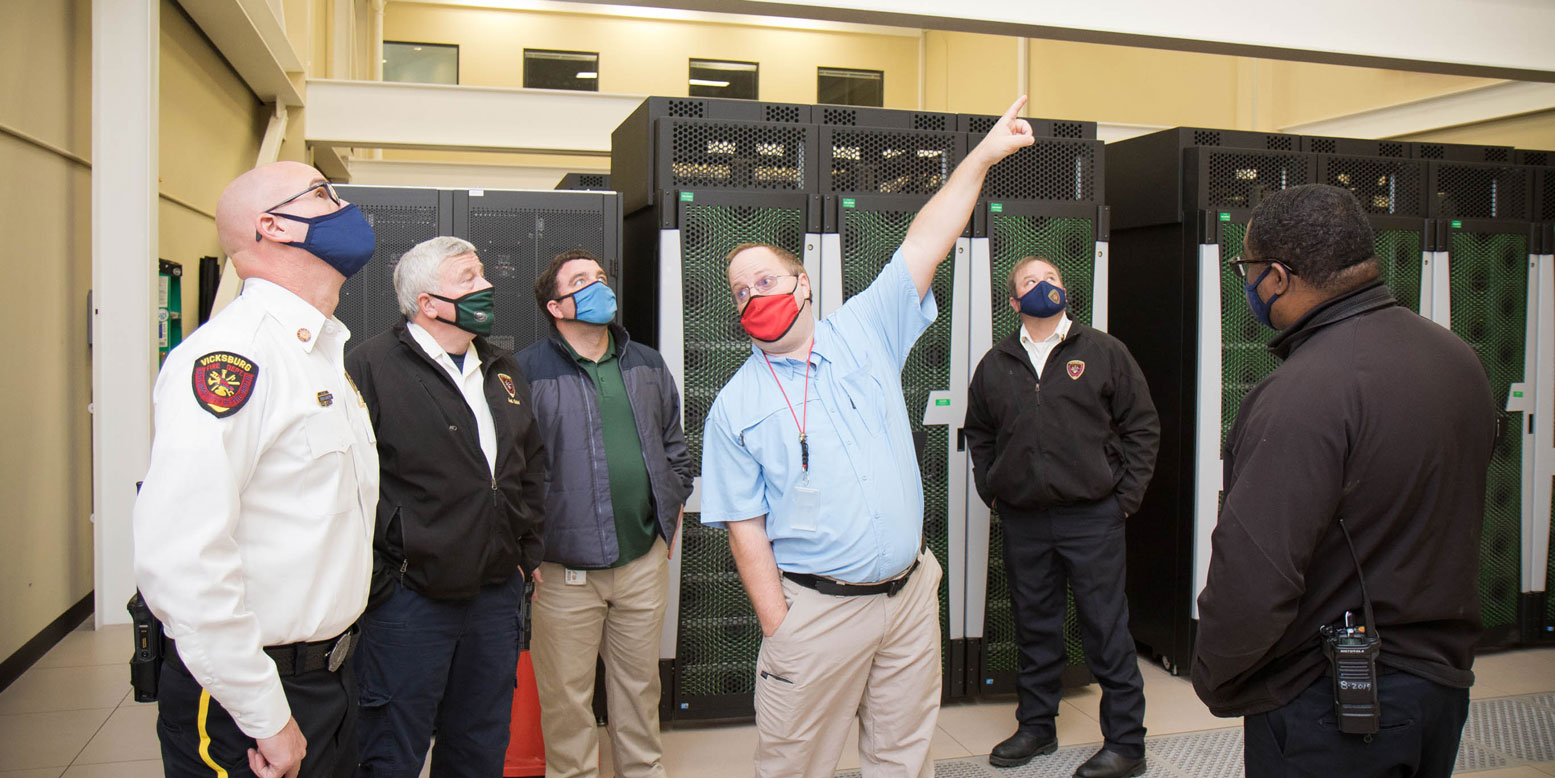 When it comes to emergency response, it’s said that an ounce of prevention is worth a pound of cure. For the U.S. Army Engineer Research and Development Center (ERDC) and the City of Vicksburg Fire Department (VFD), the old adage is more than just a saying, it’s a blueprint for success.

Until the mid-1990s, ERDC was home to its own fire department on the Waterways Experiment Station. After that, fire protection was transferred over to the City of Vicksburg. 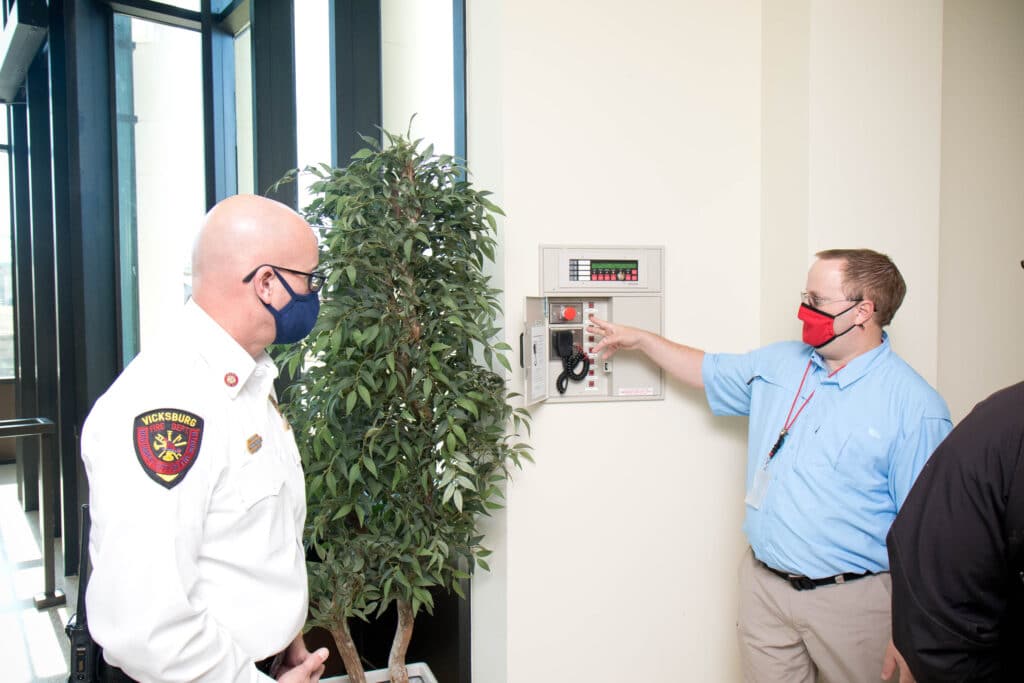 “A decision was made that we could better serve ERDC’s fire protection needs,” said Craig Danczyk, chief of the Vicksburg Fire Department. “In the event of a fire on property at ERDC, we have a fleet that is very well-equipped to handle everything from a high-rise fire to a vehicle fire.”

But the partnership between ERDC and the VFD doesn’t only come into play at the time of an emergency. From regular fire inspections and hydrant tests to fire extinguisher checks and drills with employees, the VFD supports nearly all aspects of ERDC’s emergency response planning throughout the year.

“Hopefully we don’t have an emergency, but in the event that we do, we want people to know what to do and where to go,” Danczyk said. “We know that we can have the greatest success by pre-planning and doing walk throughs, so we can identify limitations and hazards before an emergency occurs. That helps everybody.”

ERDC Fire Prevention Officer Ernest “Lee” Williams is responsible for much of the coordination with the VFD, and he knows that a good relationship is key when it comes to acting quickly in an emergency.

“A strong relationship is important when it come to an emergency because it saves time, could save lives, and save property,” Williams said. “I want to thank the City of Vicksburg for allowing us to build on this relationship.” 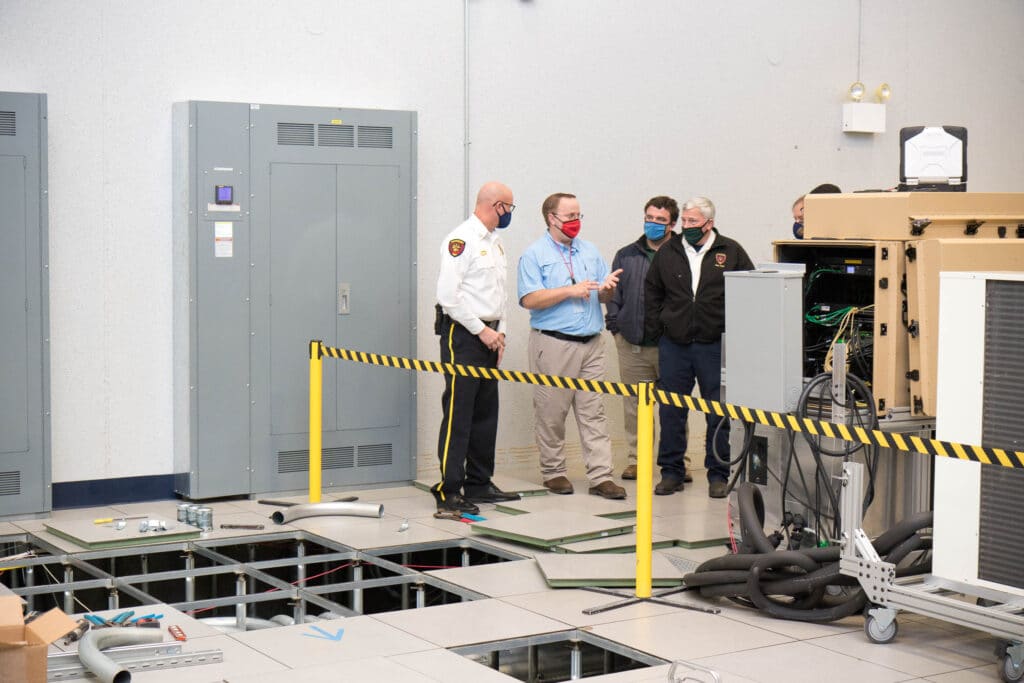 As another way to increase teamwork during an emergency, in 2018 ERDC security was connected to the radio system used by first responders in Vicksburg, cutting down response time for fire and medical assistance from 10-15 minutes to about 5-7 minutes.

“Saving just those few minutes could mean the difference between life and death, or losing a little or a lot,” Williams said.

In many instances, a call to 911 results in more than just a fire truck on the way. In Vicksburg, Danczyk said, the ambulance service that comes is a bit different than most other Mississippi towns.

“One thing unique about the VFD and the City of Vicksburg is that as a municipality, we have our own ambulance service.” Danczyk explained. “If there’s an emergency at ERDC, with us you’ll get those services and get them fast.”

Williams also noted that a strong relationship with the local first responders is not unique to the ERDC Vicksburg campus. As part of his day-to-day responsibility, he works to ensure that all laboratories and field sites collaborate closely with their local departments in Champaign, Illinois; Hanover, New Hampshire; Duck, North Carolina; and Alexandria, Virginia.

“Our relationships with the local departments are great for the most part, but they could always be better,” Williams said, noting that strengthening this collaboration is an ongoing process.

In the event of a 911 call, ERDC security leads first responders to the site of the emergency.

“The security division at ERDC does an outstanding job,” Danczyk said. “Having them escort us directly to where we need to go really speeds up the process—it’s a quicker response, and that’s better for everybody.”

Before getting involved with the fire department in the 1990s, Danczyk worked as a contract student at ERDC, and his commitment to keeping employees safe is more than just his responsibility—it’s personal.

“ERDC is a centerpiece of jobs in our community. When ERDC wins, we win,” he explained. “We absolutely need to have an outstanding partnership, and fortunately, we do. This is a win for everybody, and I’m grateful to be a part of it.”