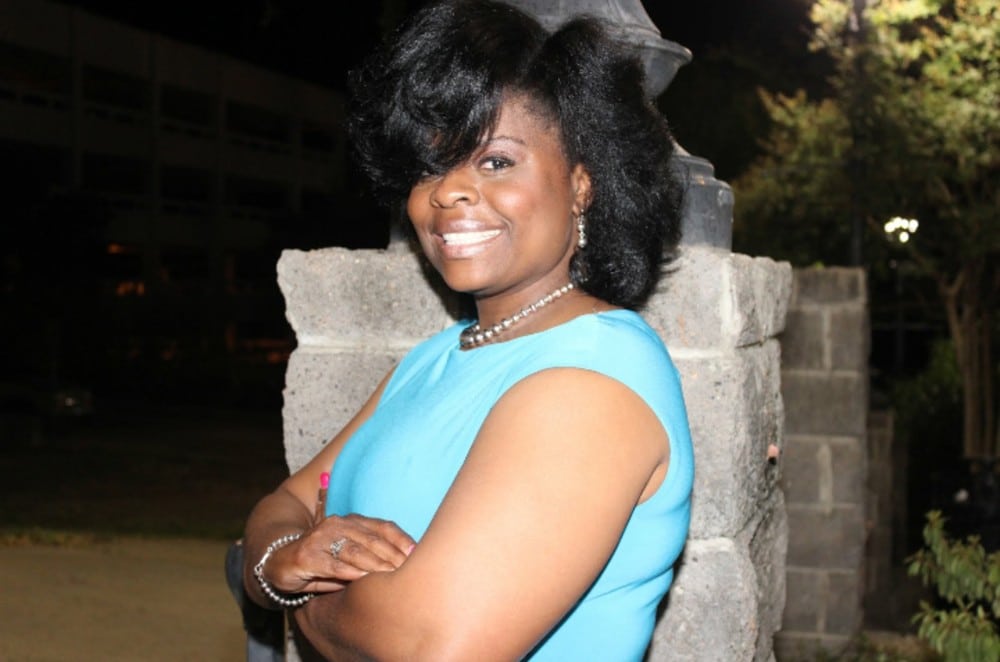 At one point in her life Emmarie Flaggs thought that she had it all. She spent her days at work and fellowshipping with family and friends. But when her work contract ended with the government, she began to doubt herself and question if she really had everything together.

With the help of her mother, this led her to put the ailments of others first.

“I was at a low point in my life, and I was complaining about all the things that I couldn’t see and not focused on what I needed to see when I started my service,” Flaggs said. “In life, you have to learn lessons from what it is that builds you. You can’t control the cards that you’re dealt, but you can control how you play with them.

“So what made me get up and go help others is that I was on the phone with my mother. I had just lost my job. She told me that she kept hearing me whining, crying and complaining about what [I] don’t have, but what have you done to help you besides focusing on what you don’t have. With her telling me that, it made me get up, get out and do something.”

Today, Flaggs is Chief Executive Officer of Doing Me Rocks, an organization that focuses on mentoring and creating community outreach events for youth. Her first act of service was hosting Bible study at the local homeless shelter. Since then, she has done work with Mountain of Faith Ministries, the CAP Center, Chick-fil-A and the Salvation Army, where she began Granny’s Kitchen, an initiative created to feed the homeless throughout the community.

“I organize Granny’s Kitchen every year,” she said. “It’s been kind of hard to get it back going, but it’s something that really has brought the community together. People always send me inboxes, texts, calls and emails asking if we’re going to do it again. This year, I was planning on doing it, but it was hard to find a venue. So instead, I’ve been asking people to help at the River City Rescue Mission instead, because they need help, too.”

As a mother of four, Flaggs service never stops. In addition to teaching her children the basics of serving others, she also ensures that they each have firsthand experience in doing so.

“My youngest two are always involved in anything that I do with the community,” she said. “I always bring them because I am a firm believer in training up a child in the way that they should go, so that they don’t depart from the way that you’ve instilled in them. With my older two, my daughter, although I’m not her biological mom, I love that she’s doing the same thing that I am in the city of Atlanta as a student at Spelman. Every week, she calls me with different tasks she’s doing or how the community service she did here prepared her for the things that she’s doing now.

“It shows the domino effect because since it’s in her she’s taken it a step further. My older son, in the city of New Orleans, does the same.”

Flaggs is a member of many organizations in the city of Vicksburg including Elevate 2 Educate, Crossway Baptist Church and Delta Sigma Theta Sorority, Inc., and she has received many awards, but she maintains a humble spirit and continues to teach others every day in hopes that they will pass it along.