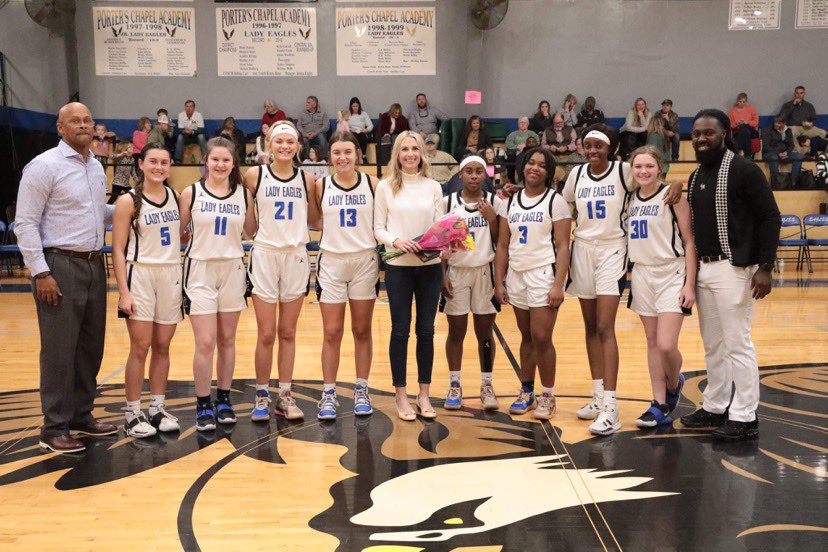 EJ Creel was honored for her time as a player and coach. (Photo by Marcus James)

Nearly a decade ago EJ Creel was leading Porter’s Chapel Academy boy’s basketball team to a state championship, but last night she stepped into her old gymnasium where she was honored for her time as a player and coach at halftime of the girl’s basketball game. 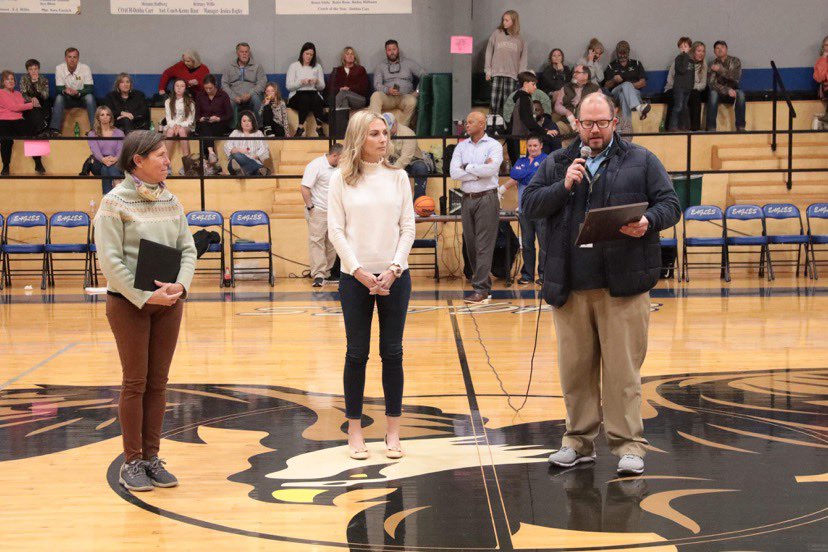 EJ Creel was recognized for her accomplishments during halftime. (Photo by Marcus James)

Creel, a former PCA standout, is Warren County’s all-time lead scorer with 3,222 points, which is also the ninth highest point total in Mississippi Basketball history. Her playing career was full of outstanding performances such as scoring 43 points in her senior season in a 71-39 win over Chamberlain-Hunt.

Back then, Creel was known as EJ Willis. After college, and marriage, she transformed to be known as Coach Creel and took over the boy’s and girl’s basketball program at PCA.

Creel had a very successful career as a coach and remembered mostly for leading the boys to a Class A State Championship in the 2012-2013 season with a 28-6 record. She is also the first female to lead a boy’s basketball team to a state title in Mississippi.

”I was very overwhelmed and emotional coming in but the words they said about me was very sweet and I was very surprised and it was good to be back,” Creel said.

Creel was happily honored for all of her accomplishments and hard work by her old school. A school which she still holds closely to her heart. 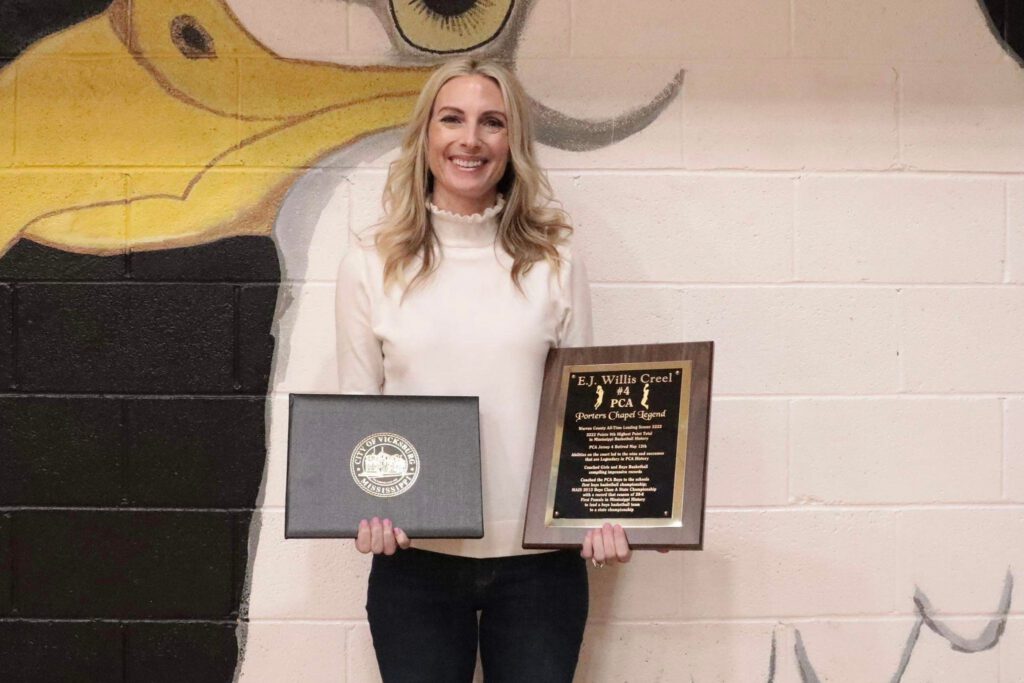 Creel is no long coaching these days, but living happily in Brookhaven with her husband and three children.