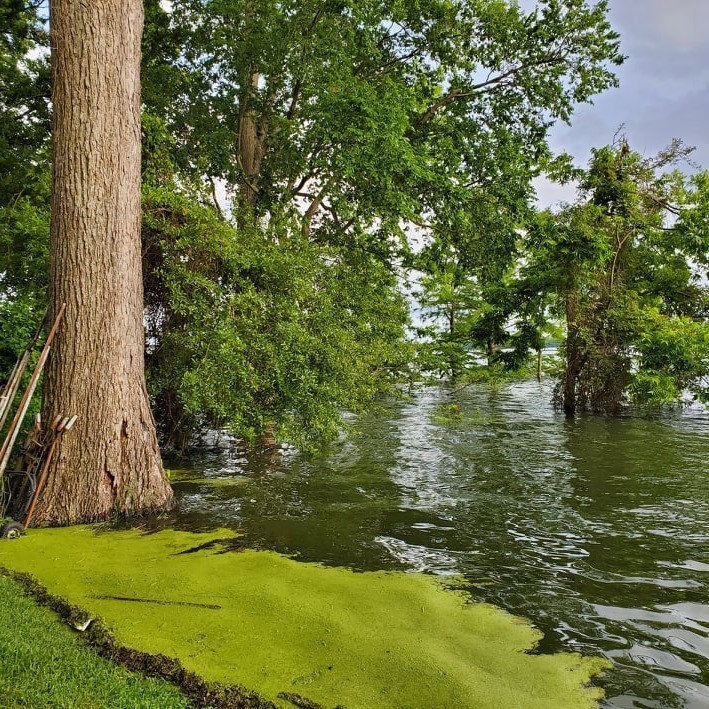 Reprinted with permission from the author.

The South Delta Deserves the Pumps:

The Yazoo Backwater Flood of 2019 has finally receded but not before floating up some new fallacies from extremist environmental groups opposing completion of the congressionally authorized Yazoo Pump Project. For over 20 years, these groups have secured financial support from unsuspecting donors by falsely touting the pumps’ “draining of tens of thousands of acres of wetlands to intensify farming,” despite the U.S. Army Corp of Engineers’ publication of an extensive economic analysis of the effects of the project which explicitly states, “there are no [agricultural] intensification benefits” that will ensue from installation of the pumps.

The pumps are designed to cut on and off at 87 feet, the one-year flood plain elevation. At this level, 216,000 acres will already be flooded, ensuring the 189,600 acres of jurisdictional wetlands will never be drained.

Following the backwater flood of 2019, these groups have issued a new and contradictory rally cry, “under the best-case scenario only 32 percent of the backwater area [will see] ANY flooding relief.” Much like urban areas that experience flash flooding when excessive rainfall outpaces the capacity of municipal pumps, the Yazoo Backwater Area (YBA) would expect to see inundation levels above 87 feet during extreme weather events such as those the Mississippi Delta experienced in 2019. The Corps has estimated inundation levels with pumps would have reached approximately 92.5 feet; however, the duration of flooding at that level would have been dramatically reduced. It is illogical to argue pumps will offer flood protection to only 32 percent of the 630,000 acres of the project area while simultaneously draining tens of thousands of acres of wetlands, yet facts and logic appear to be as elusive to radical environmentalists as their adherence to their mission statements of protecting the environment.

For over 15 years, these groups have claimed their “own investigation” proved the pumps “would not be an effective way to address limited residential flooding” asserting pump supporters had fabricated the need for pumps to provide residential flood protection as a diversion from the project’s only real purpose—agricultural drainage. The hundreds of devastated, homeless flood victims of the Yazoo Backwater Area’s 2019 flood have forced extremists to pivot from their “limited residential flooding” contention to “68 percent of the backwater area would continue to flood even with pumps.” To now solve the previously non-existent residential flooding crisis, Jill Mastrototaro, Andrew Whitehurst and Louie Miller insist a multitude of immediately available federal programs can be utilized for buyouts, relocations or floodproofing of homes. The trio has failed to comprehend their “real solutions” require a FEMA individual assistance declaration which has been denied in the Mississippi South Delta, making all homes in the area ineligible for any federal assistance. To distract from their previous contention that no homes in the YBA were susceptible to flooding, this group now insinuates the exact opposite with, “Just how many homes and farm fields would truly be flood-free?” That question can be answered by looking back just one year to 2018 when inundation within the YBA reached 95.2 feet yet no homes flooded, no highways closed, no fields sat fallow for an entire year, and no widespread starvation and death of wildlife was observed. Not only will the pumps keep all homes flood-free as pump proponents initially and correctly asserted, but they will also provide stability and growth potential for communities which depend almost entirely on farming and hunting economies. 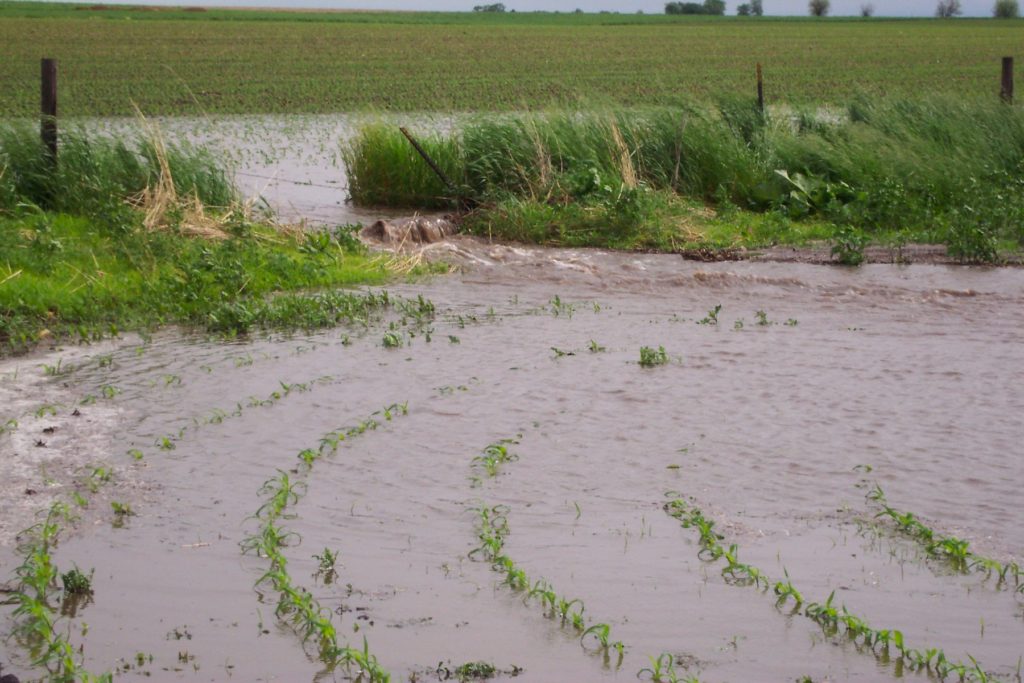 A flooded field near Holly Bluff.

The most disingenuous claim made by pump opponents is: “The Corps has highlighted a very real risk for those downstream.” Environmentalists attribute their alarm to the Corps’ findings that the Yazoo River could see a rise of as much as three inches at the site of the pumping station when operational. This piece of information is mentioned in one sentence on page 98 of the 132 pages of the sixth appendix (of 17 appendixes) of a report which exceeds 4,500 pages. The very next sentence states that at the elevation of 87 feet, when the pumps would cut on, “water levels are below major damage levels for developed areas downstream of the pump station along the Yazoo and Mississippi Rivers.” The very next paragraph details that under the most severe conditions on record, the velocity of water discharging from the pumps would pose no stability problems to any levees. It is also worth mentioning that the Steele Bayou gates are designed to pass a maximum 48,000 cfs via gravity flow and for over 20 days in 2019 while the Mississippi River was above flood stage, more than 14,000 cfs flowed through the gates while the Mississippi River at Vicksburg continued to fall. To suggest the Corps has not adequately studied the Yazoo Pump Project is preposterous.

Environmental groups assert their feigned frugality citing the enormous cost of the pumps to taxpayers, yet fail to disclose the extent of their pick-pocketing of taxpayer funds through “sue and settle” lawsuits in which they have basically colluded with the EPA to line their own pockets while saddling state and local economies with crippling regulations. There are two main cost components of the pump project: the cost of constructing the pumping facility and the cost of environmental enhancements which include reforestation of an additional 44,938 acres. The Corps estimates the total current cost of the project to be approximately $380 million evenly split between the two components. However, environmentalists endorse a so-called “affordable, practical, science-based” strategy compiled by the EPA as a “pennies on the dollar” solution for the YBA. The Corps’ evaluation of this plan is included in their published report, the cost of which was $170 million in 2000 with 30 percent of that cost allocated to purchasing and reforesting 100,000 acres of agricultural land. Adjusted to 2019 dollars, this plan’s land cost alone exceeds the cost of the entire pump project. In light of the anticipated monetary damages from the 2019 flood, the pump project is a good investment. When the wildlife decimation and flood fatalities are factored in, the pumps become a bargain. We residents of the YBA wonder how much loss of life is acceptable to environmentalists?

Backwater flood area on composite of all satellite photos

Finally, environmentalists contend the EPA veto of the Yazoo pumps “deserves a read,” and we YBA flood victims agree. Congress granted the EPA minimal veto authority when it determines a proposal “will have an unacceptable adverse effect on water supplies, fisheries, wildlife, or recreational areas.” In the case of the Yazoo Pumps veto, the EPA “determined the aquatic environment … would be adversely impacted.” Having read the Corps’ 4,500 pages of technical studies and detailed reports based on 55 years of data collection concluding with their recommendation of the pumps plus environmental enhancements, we expected an EPA veto of the project would be based on specific scientific criteria. Instead, within the 300 pages of this document, we noted the EPA or an affiliated group is “concerned” with some aspect of the project 45 times. The word “believe” is used 28 times whereby the EPA “believes” a concept which has not been scientifically substantiated by the Corps or “does not believe” a concept which has been scientifically substantiated by the Corps. The words “may,” “could,” and “likely/unlikely” are used a total of 57 times. The word “significant” is used a whopping 90 times but is never quantified or defined. The one word we would expect to see repeatedly given the environmentalists’ purported fears of “draining tens of thousands of acres of wetlands” is “drain,” yet it appears only twice in relation to wetlands. The first concerns the agricultural lands draining into wetlands. The second relates to the effects “the draining and drying of area wetlands” would pose to macroinvertebrates. The EPA report can be summed up as, “We are concerned and believe there could possibly be significant damage that may impact some wetlands to a significant degree, but we don’t know how many acres of wetlands there are nor how or if ANY might be drained at all.” By contrast, the Corps’ voluminous studies detail their data-collection processes and analysis methods that serve as foundational support for the conclusions enumerated and quantified in their reports under the scientific method. Not once in the Corps’ factual YBA project studies and reports do the authors express a “concern” they have with the data or studies. 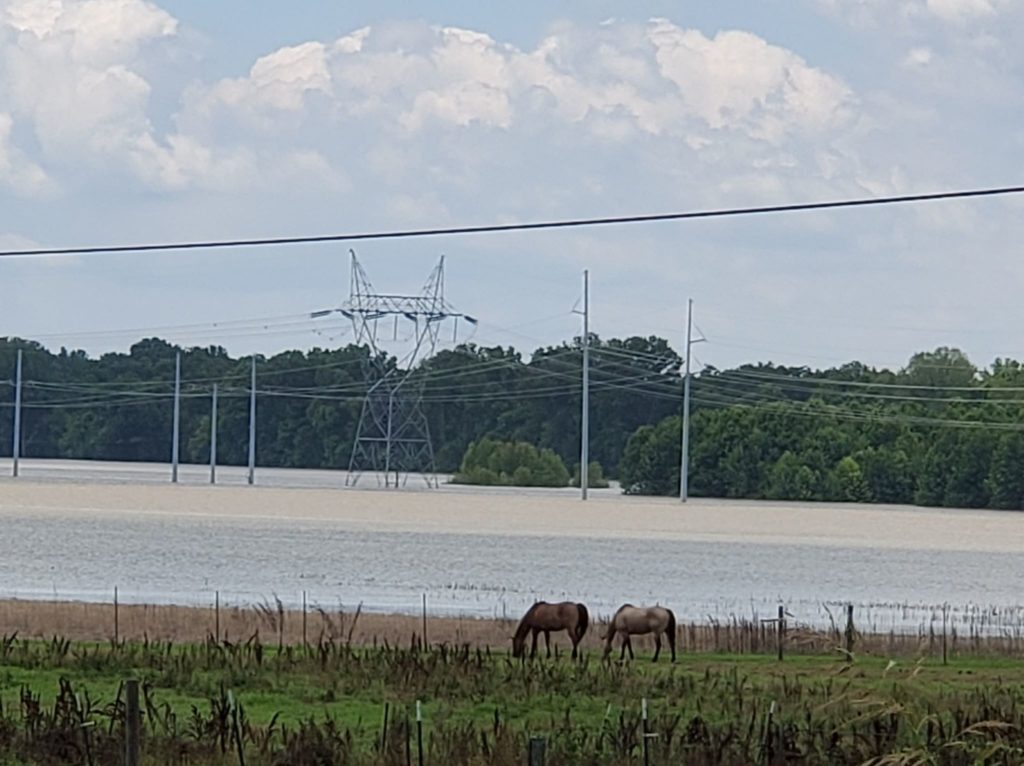 Two horse by what seems to be a lake. It is actually a farmers field that is underwater.

The results of the “no-action” and “stall” plans for the South Delta, which have been driven by the disinformation campaign of a radical environmentalist agenda for over 30 years, have purposefully flooded our homes, devastated our communities, decimated our wildlife and destroyed our local economies. These same groups were offered a seat at the table to assist in developing a comprehensive flood-control plan for the area which would balance economic and environmental benefits, yet they chose to walk out of the year-long process after a single meeting, completely failing their donors, members and the environment. Mississippi Sierra Club’s Louie Miller was one of those walkouts. Had he and others remained or even bothered to read the report, they would understand the enormity of their overstated contention that “80 percent of the [project’s] benefits are for agriculture.”

The real facts show that every segment involved in the plan will experience quantifiable benefits from the Yazoo Pumps—wildlife, waterfowl, aquatics, farmers, communities, forests, wetlands and water quality. Now is the time to implement THE proven  solution that is available right now to help the South Delta recover and plan for the future. FINISH THE PUMPS! 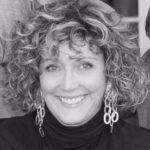