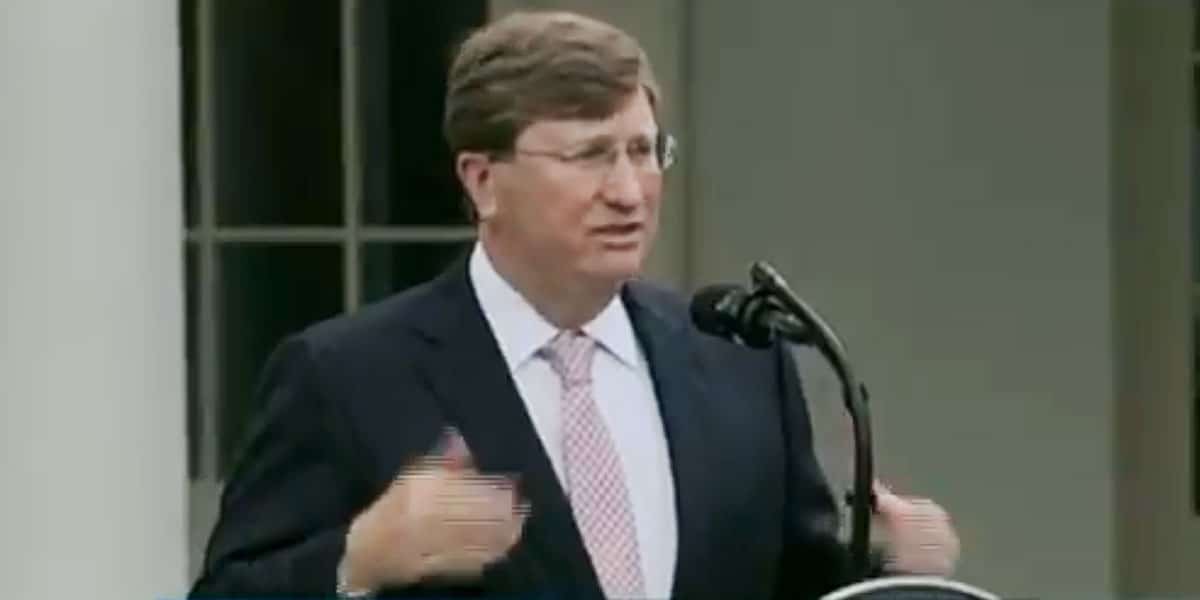 This story was written by Geoff Pender and originally published in Mississippi Today.
Read the original at mississippitoday.org.

A new report from economists with the state’s university system says Mississippi’s economy, personal income and population would decline under Gov. Tate Reeves’ proposal to phase out individual income tax over a decade.

The analysis, led by state economist Corey Miller for the University Research Center division of the state Institutions of Higher Learning, used economic modeling to analyze Reeves’ proposal to phase out the state’s individual income tax. The report was conducted before the proposal the state House passed this week to phase out the income tax while increasing sales and other taxes, but the URC did include a separate analysis of raising the state sales tax to cover reductions in income taxes. That showed “slightly positive” effects on gross domestic product, income and population over the same period.

Meanwhile, an analysis commissioned by the conservative policy group Empower Mississippi released Thursday says either Reeves’ straight income tax phase out or the House swap from income to consumption taxes would yield positive benefits for the state economy and people’s income.

Findings of the URC report by state economists on the straight income tax phase-out included:

The URC report, titled “Fiscal and Economic Implications of Changes to the Sales Tax and Individual Income Tax in Mississippi,” was conducted using a fiscal and economic model created by Regional Economic Models Inc. the report said. It took into account “indirect effects” of tax changes, such as people spending more, but also saving more as income rises from tax cuts and private sector jobs — at least early on — replacing those lost from government cuts.

The report noted that Reeves’ income tax elimination plan — included in his executive budget recommendation to lawmakers — was vague or “unformulated” in some areas.

Reeves advocates phasing out the state’s individual income tax without raising other taxes, and said economic growth — in part spurred by the tax cuts — would cover the lost revenue. Reeves said the phased elimination of the lowest bracket of income tax — passed when he was lieutenant governor in 2016 — shows that all personal income taxes could be phased out over time without a corresponding increase in other taxes.

The House Republican leadership is pushing a measure to phase out the individual income tax over 10 years, but with increases in sales taxes — to 9.5% — and other taxes to offset the cuts. The House plan also would cut the sales tax on groceries from 7% to 3.5% within five years.

Empower Mississippi on Thursday released a year-long report based on modeling both Reeves and the House plans. It was authored by Jorge Barro, an economist at the Baker Institute at Rice University; Joseph Bishop Henchmen, of the National Taxpayers Union Foundation; and Russ Latino, President of Empower Mississippi.

Barro said: “In either case there are positive effects, higher income … economic growth.”

But Latino said Empower’s study showed that large increases in sales or other consumer taxes would not be required to eliminate income taxes without tanking the state budget.

In a statement Empower said its analysis showed: “… that Mississippi has struggled over the last decade, with the lowest median household income in the country, the second-lowest labor force participation rate, and stagnate real GDP and population growth. Meanwhile, revenue to the state government has increased by nearly a third, and Mississippi has the 17th highest tax burden in the country.