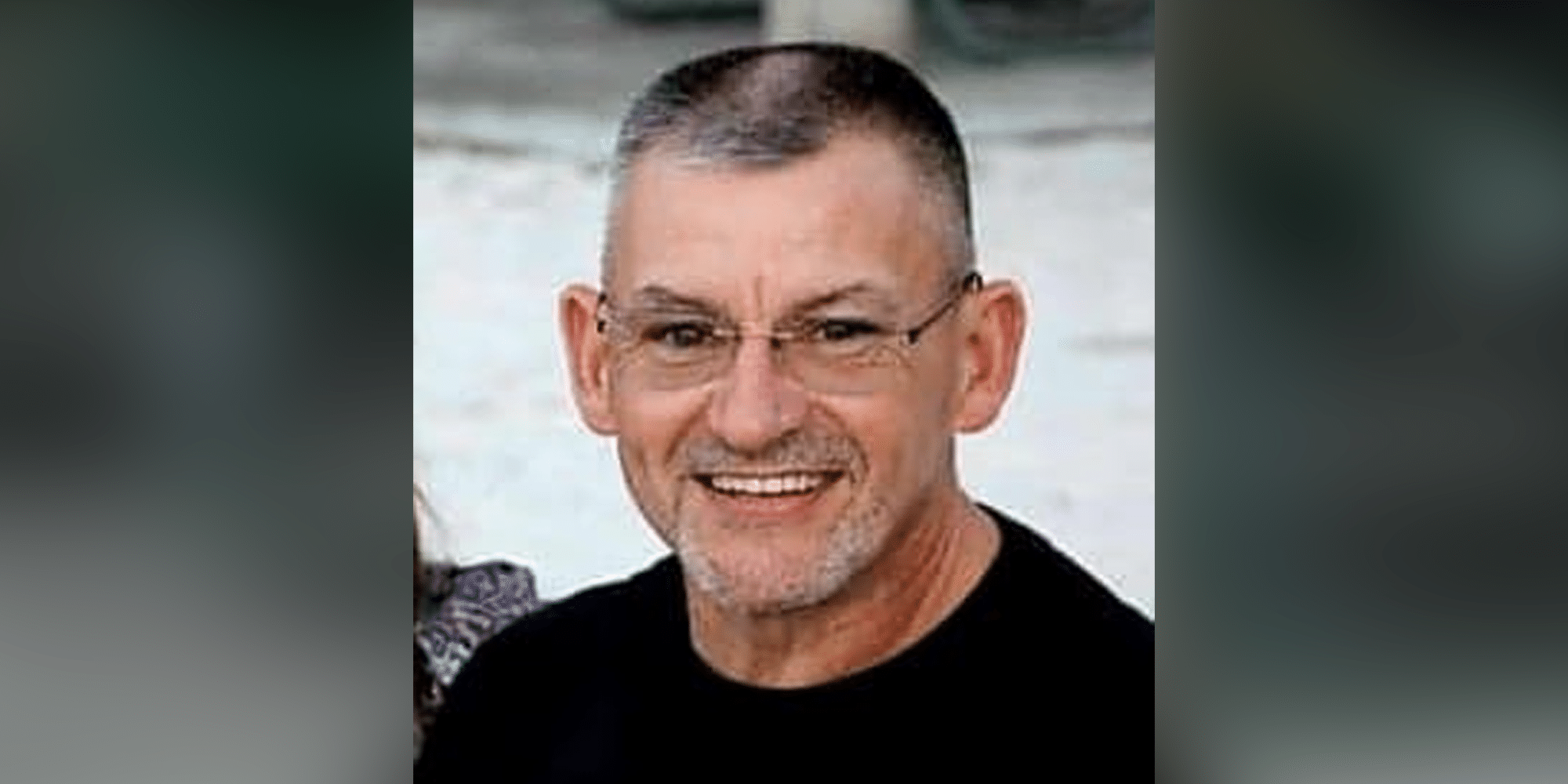 “I’ve got six kids and need a bunk bed or I’m afraid they’re not going to give them back to me,” said a desperate dad trying to put his life back together.

Earnie Hall with the River City Rescue Mission stopped what he was doing and listened intently to the young dad. Hall made a note on his notepad and then wrote something on another piece of paper he gave to the young man. “Give this to them in the back and they will take care of you,” said Hall. The look of relief on dad’s face was noticeable as he said “really?”

Earnie Hall knows the struggles young people face when trying to get their lives back together after making youthful mistakes. His misspent youth led him to encounters with the law and a period of homelessness. “I was a scary-looking dude. People would see me walking down the street and lock their car doors” Hall remarked with a reassuring smile and kind stare.

It’s hard to believe Earnie Hall was once that person.

Today he is all smiles and laughter as the clean-cut, albeit a crew cut, Executive Director of the River City Rescue Mission. He is also a man of God who was recently diagnosed with cancer. “God has this” Hall explained. “I don’t know if I’ll take the chemo or just pray it away. I haven’t decided” said the man of faith.

After urging from family and friends, Hall eventually decided to go with the medical treatment. That was several months ago and today Hall looks to be the picture of health and energy as he works the front register at the rescue mission. He will go for his final scan on April 28 to see if he is fully clear of the cancer. 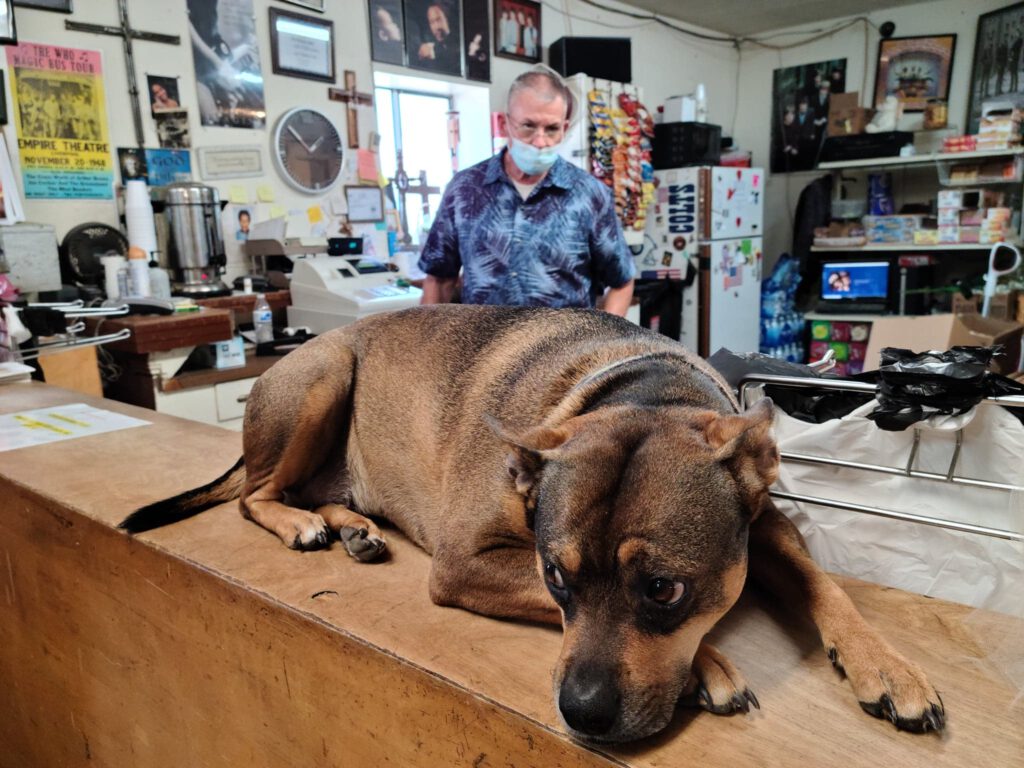 Ava keeps a lazy eye on things as Earnie Hall works behind the counter at the Mission.

“We sell items that are donated to us to pay for the building and feed the men who are transitioning here,” said Hall. “But what we are really doing is repairing and saving souls. We’ve been on fire since I’ve been back (from cancer treatment). Last week we had three alter calls! God is blessing us here and touching so many souls.”

The River City Rescue Mission was started several years ago by Doug Upchurch. Upchurch saw the need in Vicksburg to help people transition from homelessness to becoming a productive part of society. Homeless people often don’t have access to showers or clean clothes and that makes interviewing for a job difficult. As the effort and the size of the mission grew it also became a place for people who had been a part of the penal system. They often have no family support and need a place to grow into the workforce.

When asked what crime the young man who needed a bunk bed had committed, Hall responded “I don’t remember. I do know that he is doing really well and working hard to bring his family together. He made mistakes, we all do. God has blessed me and put me in a unique position to understand and help him.” 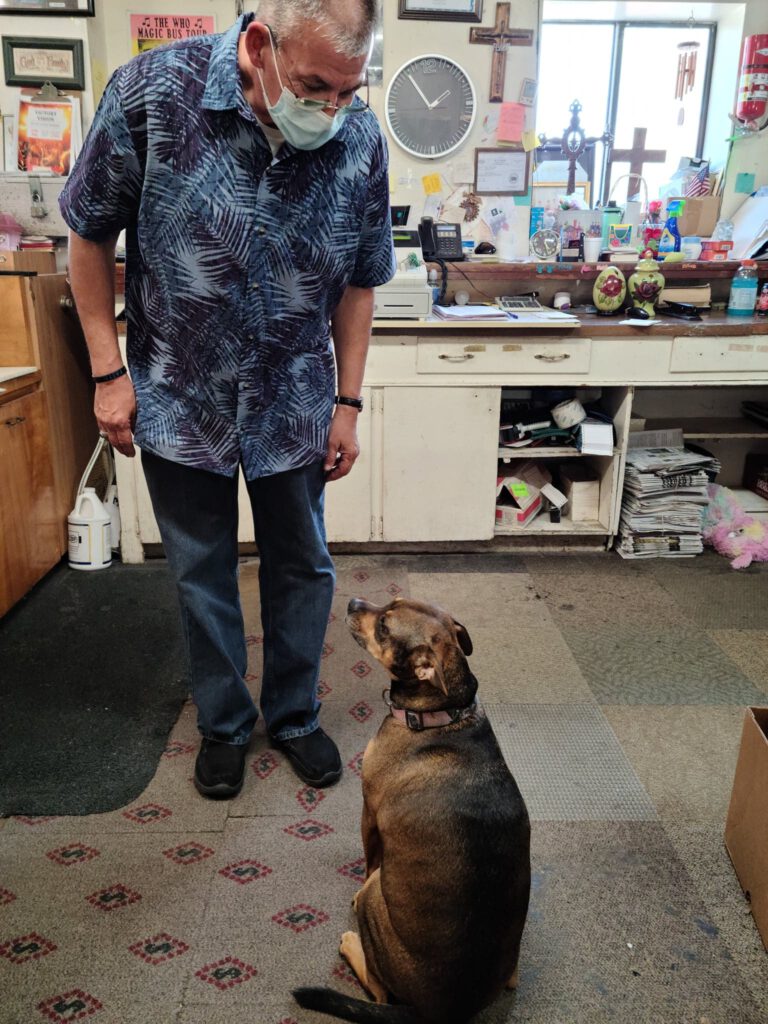 Earnie and Ava curtsey and bow before they begin to do a dance. Ava was thrilled when Earnie returned to the Mission.