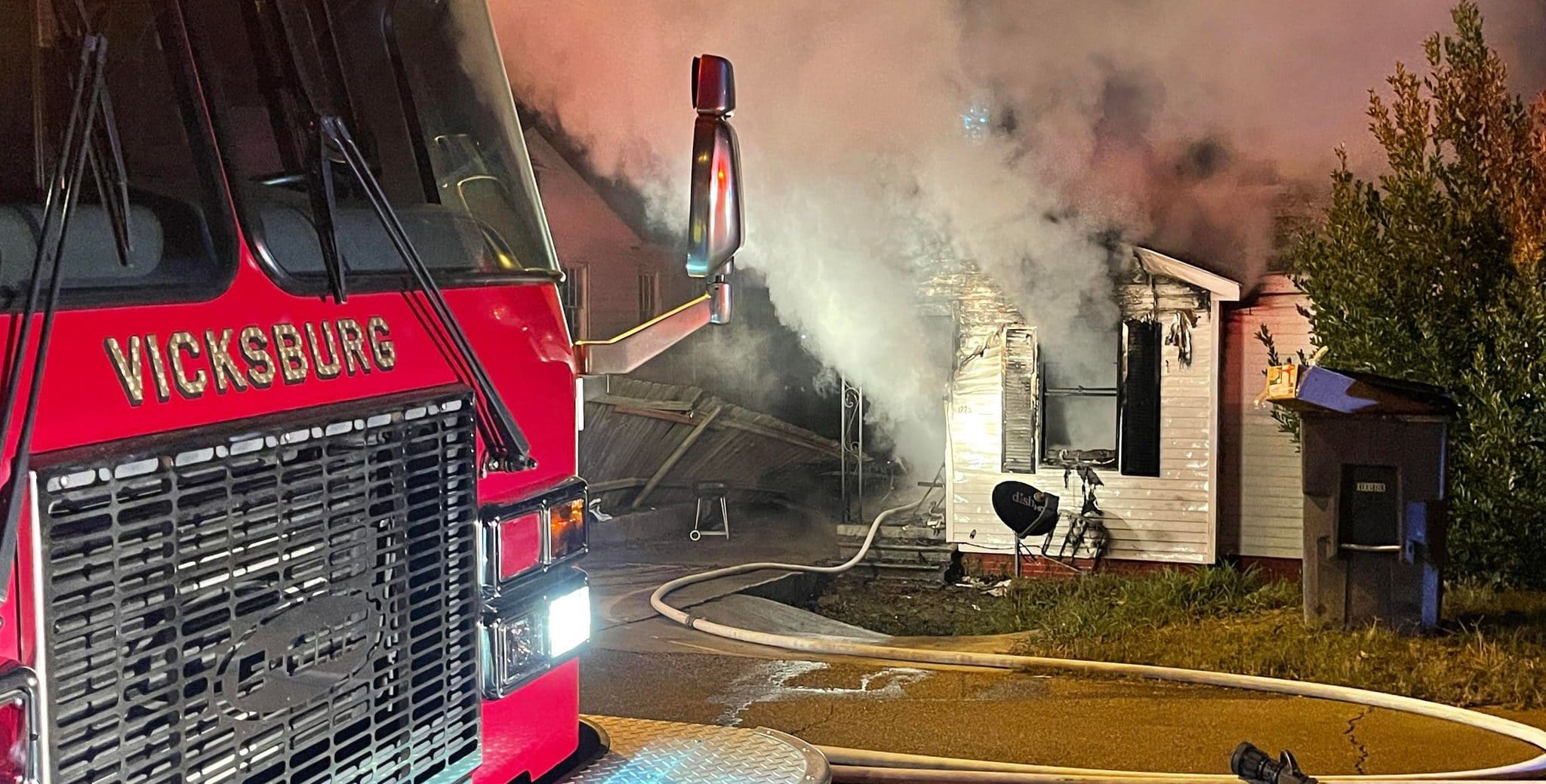 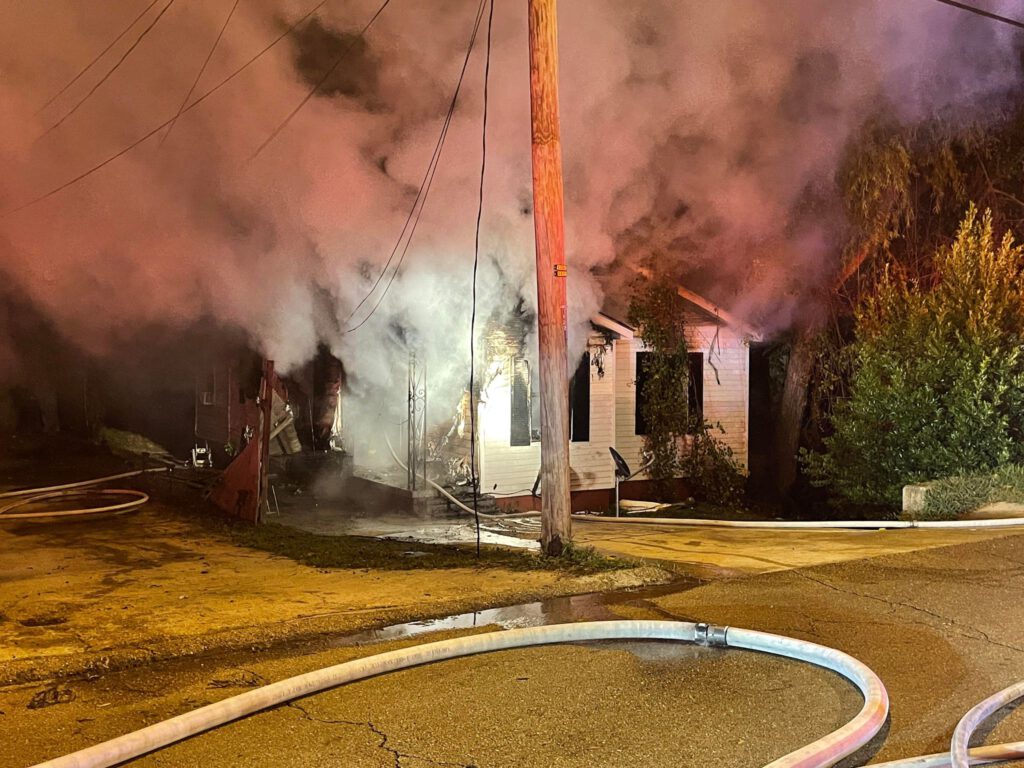 Shortly after 5:30 a.m. a fire was reported in the 1200 block of Bowmar Avenue. 911 Dispatch advised of smoke and visible flames shortly after units were dispatched. Several units with the Vicksburg Fire Department arrived to the scene, including Battalion 1, Engine 7, Engine 6, Ladder 14, Rescue, Ambulance 40 and FD1. 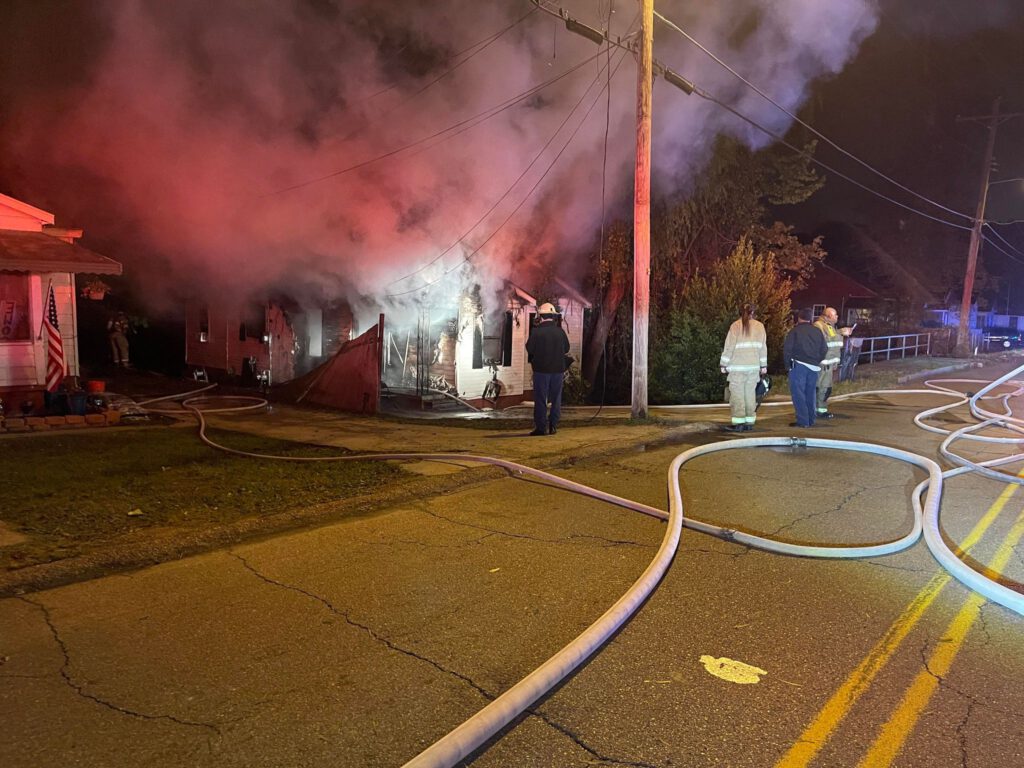 According to Vicksburg Fire Chief Craig Danczyk, the residents were able to exit the home. No injuries were reported and no adjacent homes were damaged from the heat or flames.

While there were no civilian injuries, Danczyk mentioned one firefighter had a “close call” with a live power line. Danczyk stated the firefighter had on full protective gear and was not harmed.

Unfortunately for the home, the flames and heat caused extensive damage and is most likely a total loss due to its age and the amount of damage to its structural components, according to Danczyk.

The cause of the fire is under investigation. Vicksburg Fire Department Fire Investigator Nathaniel Williams has been notified.