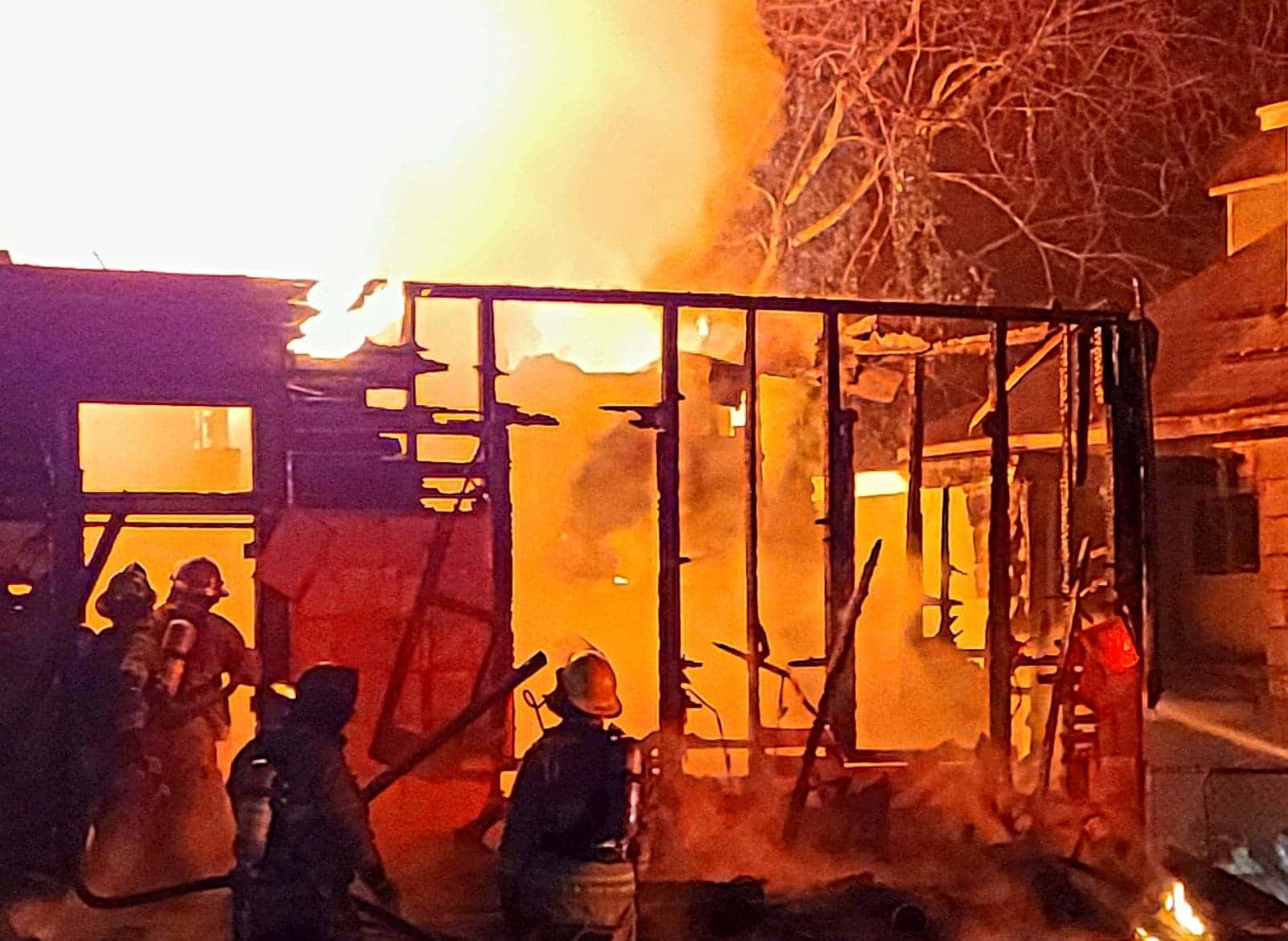 Firefighters enter the flaming home on Dewitt(photo by David Day)

(VICKSBURG) – At 3:39 a.m. a fire call dispatched Vicksburg firefighters to a home at 906 Dewitt Street. The home was fully engulfed in flames and was threatening the two homes on either side of it. 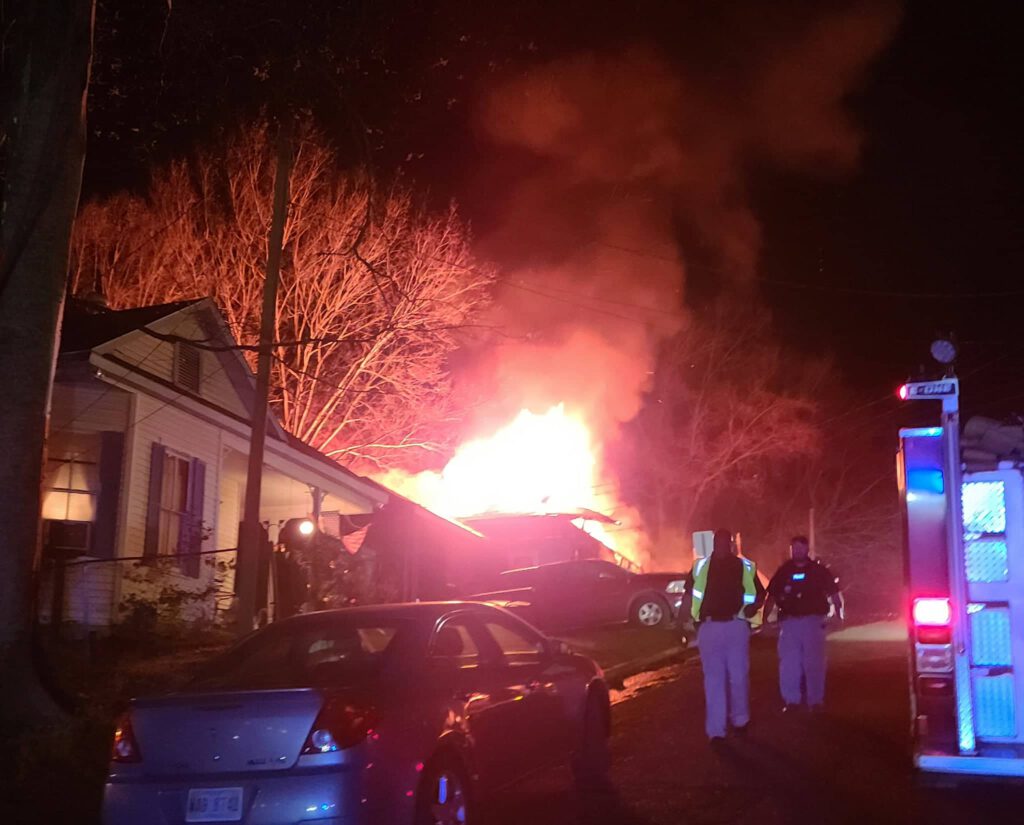 Vicksburg Police leave the scene after ensuring everyone was out safely.(photo by David Day)

Engine 6 arrived on the scene shortly thereafter and began the fight to save the two homes adjacent to the residence already fully enveloped in flames at 906 Dewitt.

Vicksburg police assisted in ensuring everyone was out of the structure and were able to safely remove the family dog.

43-year veteran Battalion Chief Henry Williams took charge of the scene and directed firefighters. In addition to Engine 6, Engine 7, Engine 8, Rescue, Fire Medic 40 and Platform 1 were also called to the scene as a precaution. Justin Tabor with the City of Vicksburg was also dispatched to cut off the flow of gas to the adjacent structures. 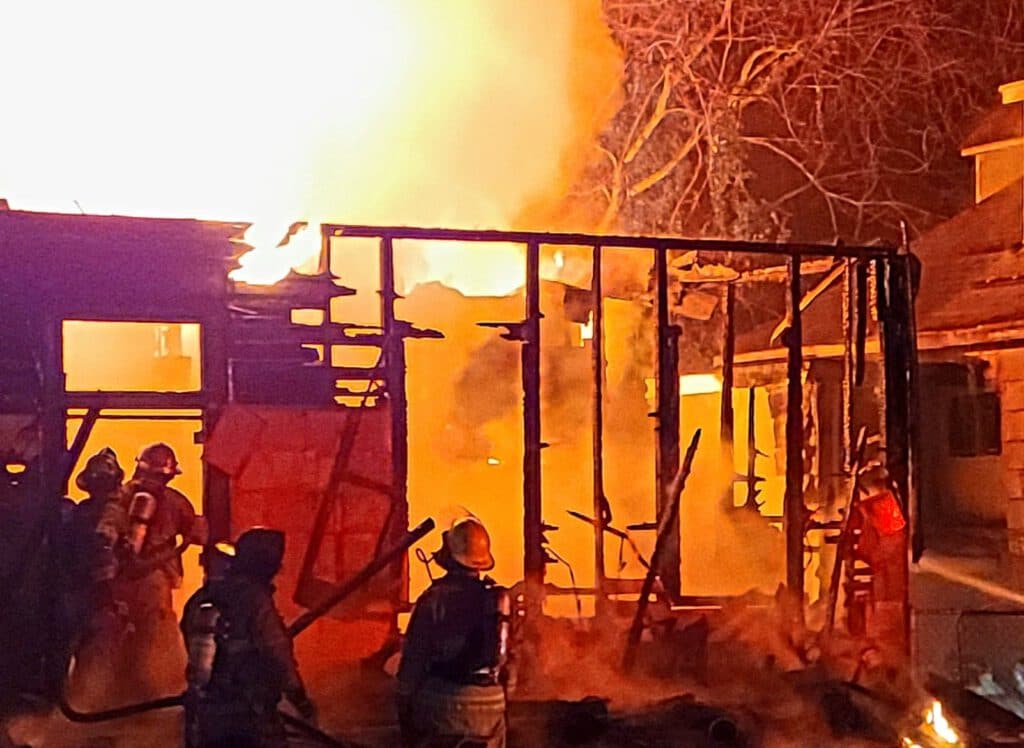 Engine 6 was able to safely stop the fire from spreading to the home at 902. They kept a steady stream of water on the eastern side of the to ensure it did not get hot enough to ignite. The home at 902 had slight but visible damage from the intense heat and embers landing on the roof.

After the fire was largely extinguished, there was a concern that an additional resident of the home may not have made it out. Firefighters teamed up to do a room to room search in the smoking rubble. With small fires still present the firefighters swept through the largely collapsed structure to confirm there was no one inside. 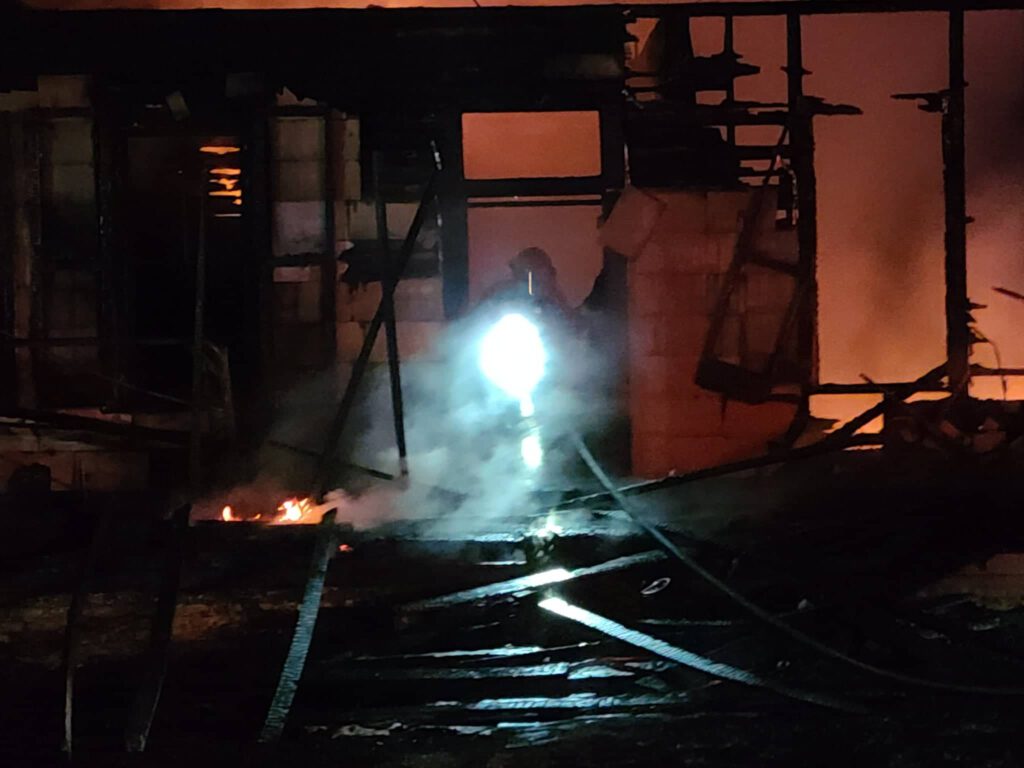 Firefighters remained on the scene for several more hours putting out hotspots and ensuring the fire did not reignite.

(UPDATE) – 6:05 a.m., the home at 902 Dewitt had an ignition in the attic area. According to eyewitness Marycarmen Pierce, firefighters asked for permission to enter the structure after suspecting there may be a small fire in the attic. Upon entering they found the fire and began putting water on the flames. Firefighters are battling to put out the flames at this writing. 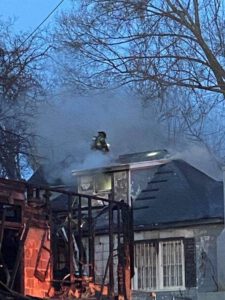