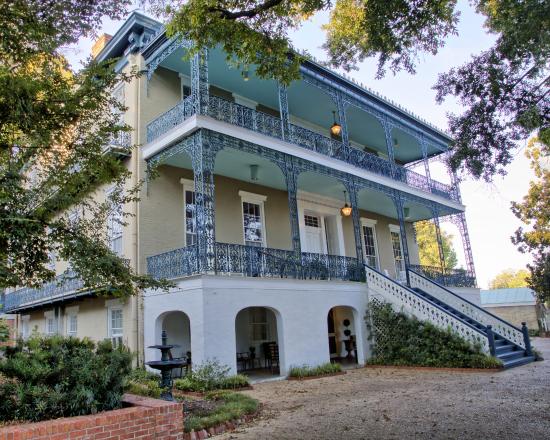 Stories of the haunting of the Duff Green Mansion are part of Vicksburg history.

Built in 1856, the spirit of Mary Green, one of the home’s original owners, is one of the mansion’s most well-known ghosts. Her daughter, Annie, who died at age 5 of yellow fever, is another one. Then there’s the one-legged Confederate soldier—during the Civil War, the house was used as a hospital. 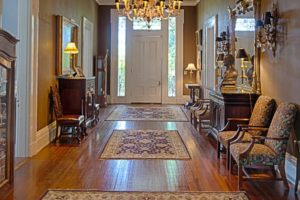 Over the years, other apparitions have appeared to the owners and their guests. Some say more than 10 ghosts reside in the gracious house, and some folks stay there—it’s a bed and breakfast these days—in hopes of catching a spectral glimpse.

Paranormal expert Grant Wilson and the team from A&Es “Ghost Hunters” spent a week at the Duff Green Mansion in August. Harry Sharp, a former owner of the mansion, contacted the show.

Sharp believes the Duff Green is haunted, according to an email that mysteriously appeared. Current owner Harley Caldwell adamantly disagrees with him. Caldwell wants the Duff to be known for its history and opulence, not for its ghosts.

Sharp is afraid that one day Caldwell will have to face the ghosts and will be frightened out of the Duff Green. He contacted Wilson and the crew in hopes that they could prove the ghosts exist and convince Caldwell before it’s too late.

The investigation was kept a secret to ensure that fans did not interrupt the scientific proceedings. The Sharp family was all interviewed including Harry’s granddaughter, Lydia Nettles. Nettles has encountered little Annie Green in the house.

After a week of investigation the results were revealed to Harry and Harley and will be aired on the show next Wednesday, Oct. 23, at 8 p.m. central time.