Master Sgt. Kervin K.Stewart with the Mississippi Highway Safety Patrol has identified the man killed early Sunday in a single vehicle crash on US 61 North as Tommy Duchesne, 65,of Vicksburg. 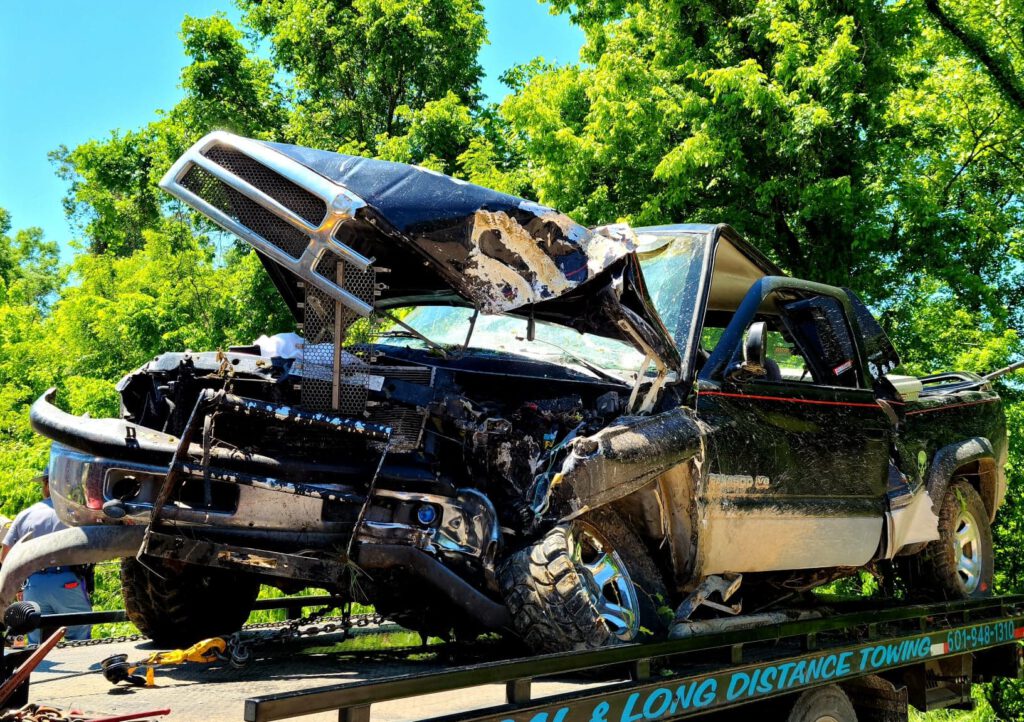 The driver was not wearing a seatbelt (photo by David Day)

Preliminary reports indicate that a pickup truck was traveling southbound when, for unknown reasons, it left the roadway and collided with a tree. The driver, who was the sole occupant, was not wearing his seatbelt and died as a result of his injuries.