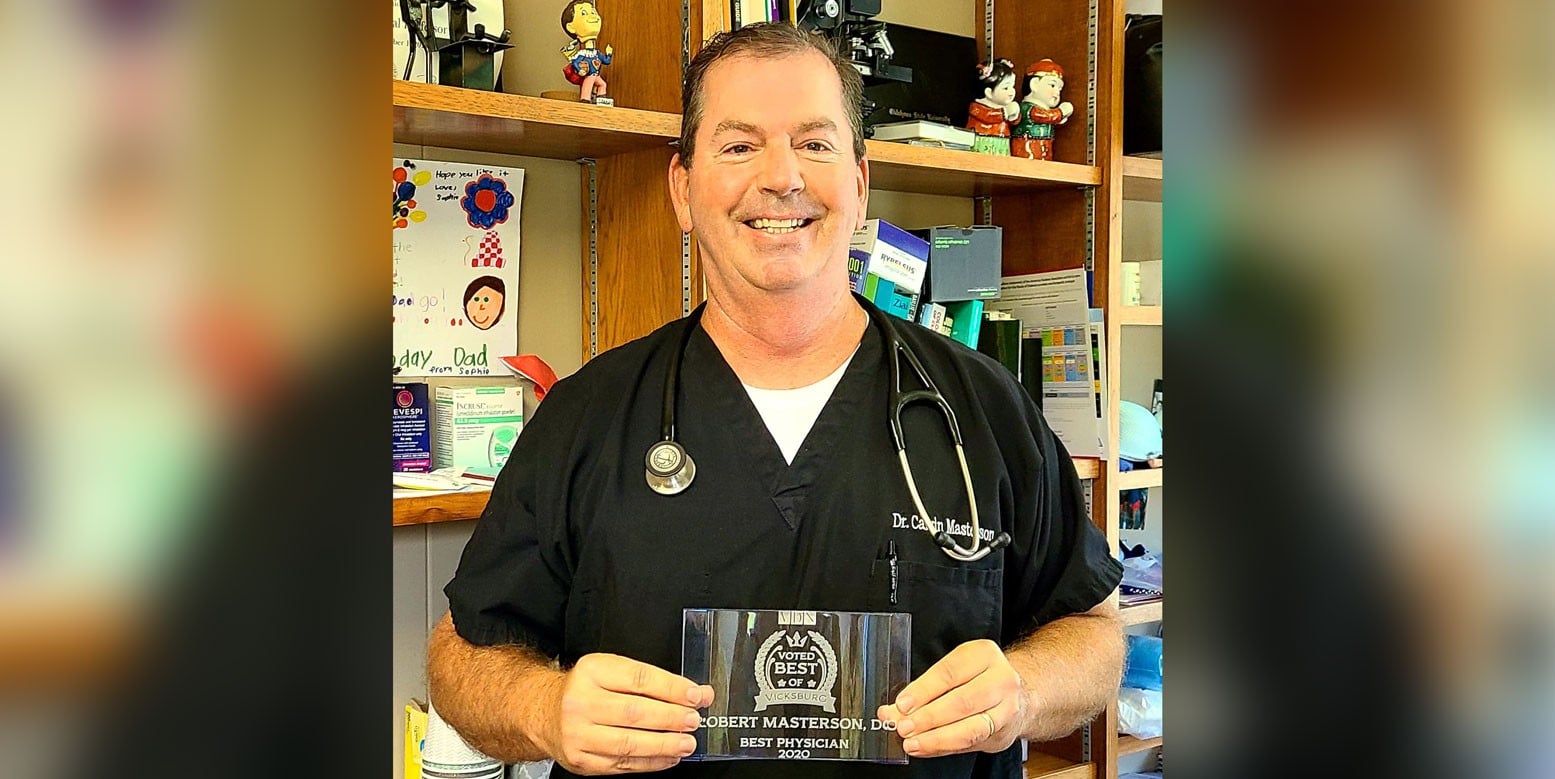 Dr. Robert Masterson has cared for patients at Mission Primary Care Clinic as a family physician for 24 years.

Masterson says he always wanted to work in medicine. He was inspired by his father, Dr. Chester Masterson, who was an otolaryngologist (ear, nose and throat surgeon) here in Vicksburg for 40 years.

He said his father never pushed him toward medicine, but seeing how his father served the community and was able to help so many people solidified his decision to go to medical school.

“It was definitely more than I expected,” he said of the grueling medical school schedule. “It was pretty tough, but it was fun; it was enjoyable, and I wouldn’t trade it for the world.”

Masterson was genuinely touched to learn that he was voted Best Physician by his patients. Serving the community has always been his motivation and great source of pride.

“Seeing some of the people that I grew up with and having them allow me to care of their family members — what an honor that is,” Masterson said. “It is humbling, and it’s an honor.”

Helping his patients and guiding them in making major medical decisions can be quite a lot of responsibility. Masterson said he relies on his faith to help him through. “Every day before I come to the clinic, I always ask God to give me guidance in treating patients,” he said.

Don’t forget to cast your votes for the Best Automotive Sales & Service providers in September! Every month VDN will have a new category to highlight the professionals that serve our community on our Cast Your Vote page.