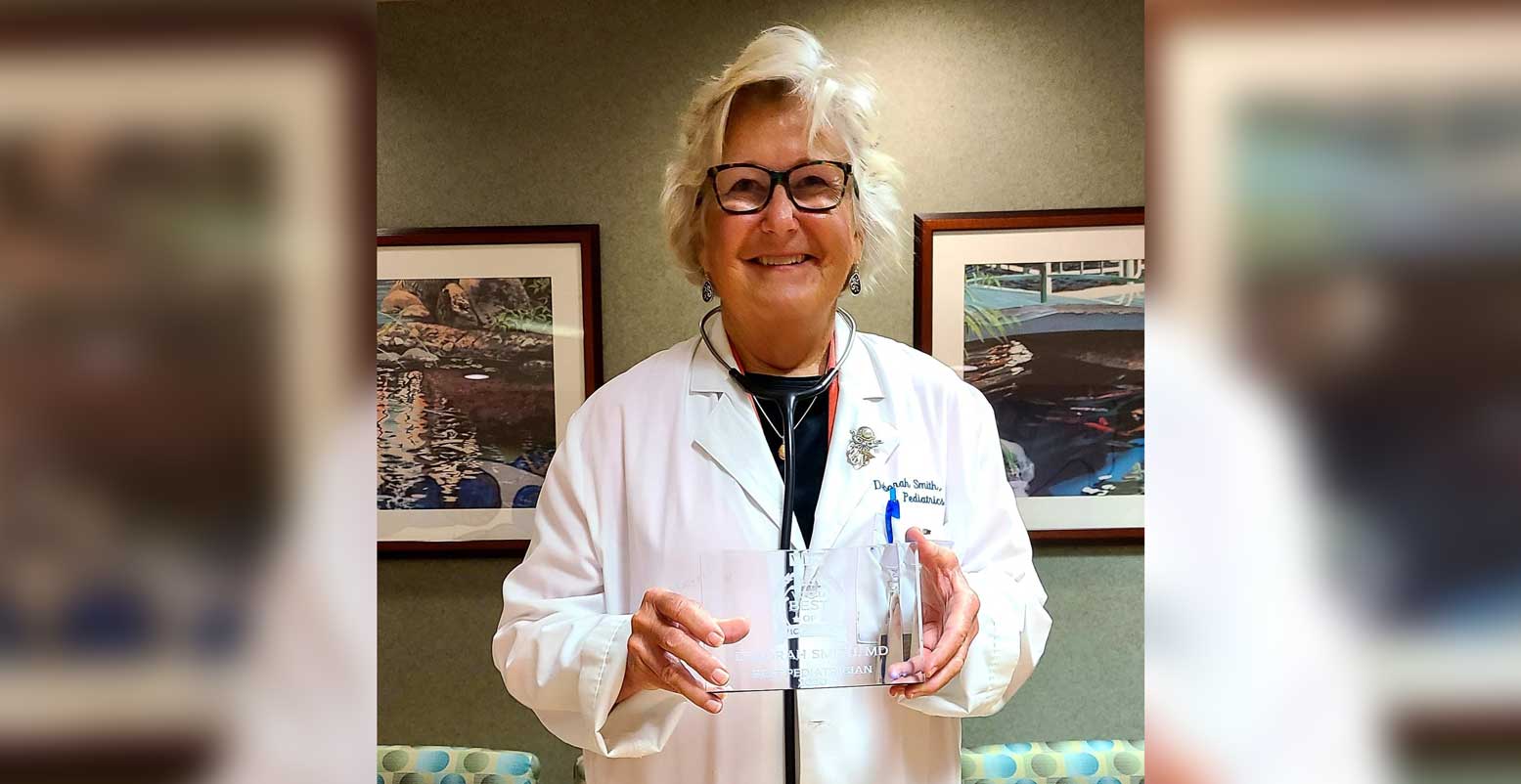 Most folks call her Dr. Debbie.

Pediatrician Dr. Deborah Smith has been in Vicksburg for 39 years — “since July of 1981,” she said.

Originally from Brownsville, Tennessee, about 60 miles northeast of Memphis, Smith did her undergraduate work at the University of Mississippi and went on to medical school at Vanderbilt University in Nashville, Tennessee, where she also completed her residency.

Smith was planning to stay in the Nashville area to practice but came to Vicksburg “on a lark” to help the Sisters of Mercy update their nursery at Mercy Hospital. “Neonatology was a new field at the time,” she said, and the sisters needed help in updating their facilities.

Over the years, Smith has seen her patients grow up and bring her their children for care.

“I have a few third generations (of patients),” she said, “not very many, but a few — lots of second generations.”

“It’s fun,” Smith added. “If the kids weren’t fun, you wouldn’t keep doing it. The nice thing about it is that you already know a lot of the family history already in your head — more than what’s on the paper, essentially. … It’s fun to watch them grow up.”

In her practice, she sees children from birth to age 19. “We do kick ’em out age 19, and they have to go see a real doctor,” she said.

Smith had difficulty coming up with just one most memorable experience. What has stuck with her are the patients who were very sick and ended up doing well, patients who went into medicine — “You hope you had some part in that,” she said — and patients who were afraid and “ended up loving you”.

She’s also enjoyed seeing pediatrics evolve over the years, from being reactive and only seeing patients when they were sick to being more proactive in preventing illnesses through vaccinations and doing the right things.

“I tell patients that the purpose of a pediatrician is to put themselves out of business,” she said.

“Part of our job as pediatricians is to educate new mothers, old mothers (and) grandparents on what we expect as their children grow up, and I think that’s a big part of the pediatrician’s role,” Smith added. “It’s not just about taking care of them when they’re sick.”

Smith has never been married and has no children, although she has a menagerie of dogs, cats and, at one time, horses. She considers her patients her children, in a way, although she lets their ‘real’ parents give them all breakfast, as she told one little boy who asked about the photos on her wall.

“I think the fun part of pediatrics is kids,” she said. “Generally, they may get sick quickly, they get well quickly, and there’s just so much reward in seeing them grow up.”

Her practice has not been without challenges. Right now, the biggest of those is COVID-19. Smith is a firm believer in wearing masks, social distancing and hand-washing. “We’re learning to deal with it,” she said.

Smith has no plans to retire, and says she’ll stick with it “as long as it’s fun, and it usually is… and as long as my knees hold out.”

Don’t forget to cast your votes for the Best in Pets in October! Every month VDN will have a new category to highlight the professionals that serve our community on our Cast Your Vote page.

Those Who Keep Us Safe: Sam Kennedy