Downed trees, power lines and power poles all over town - 6400 without power 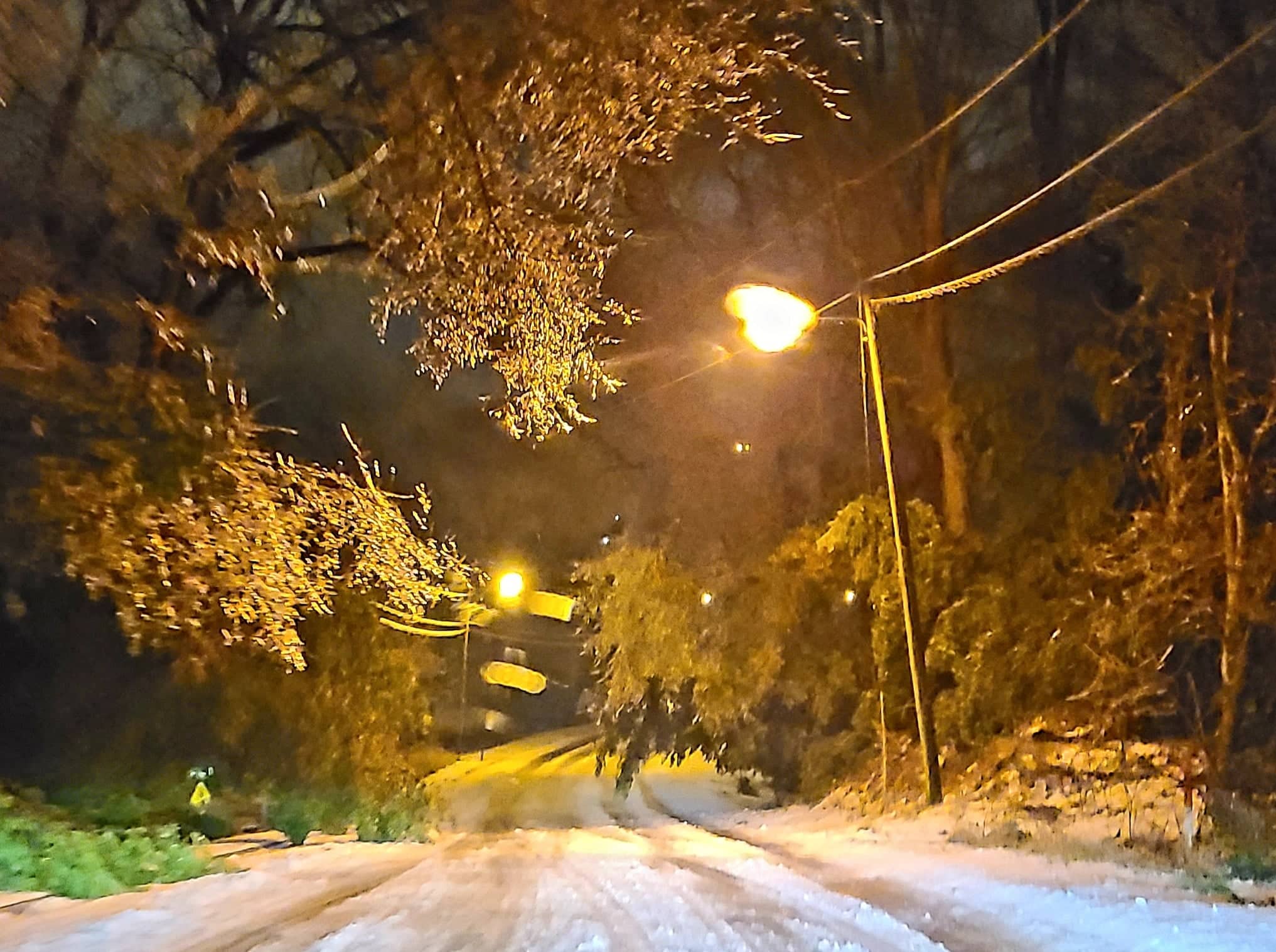 Police, fire and emergency personnel have been responding to an endless string of calls about downed trees, power lines and power poles.

A power pole has snapped in half on Bowmar Avenue, one of several in the area. A tree just fell on I-20 near the scales blocking both lanes. Almost every social media post shows an ice-covered tree bending beyond what should be its breaking point.

The winter storm delivered almost an inch of ice to the area. Roadways were covered in a slushy, frozen mess throughout the day on Wednesday. That slushy mess has turned into icy roadways overnight.

MDOT is advising against travel, stating via their website, “This round of precipitation started as cold rain in many areas. It is turning into sleet and will become snow overnight. With temperatures dropping, roadways will freeze again tonight. Motorists should avoid travel unless absolutely necessary.”

The water plant in Vicksburg was pushed to its limits on Wednesday. Efforts to keep the water flowing were exasperated by two water leaks, one in the Sky Farm area and another on the Fisher Ferry bridge near Sports Force Park. At the time of this writing, there is no update on the water pressure or availability.

Today, the winter storm warning will lift at 6 a.m. At the time of this writing, it is 28 degrees and with the wind, it feels like 19 degrees. No more precipitation is anticipated in the next 24 hours and temperatures will go above freezing before noon today, allowing some of the ice to melt.

Many struggle with outages as Entergy tries to keep up