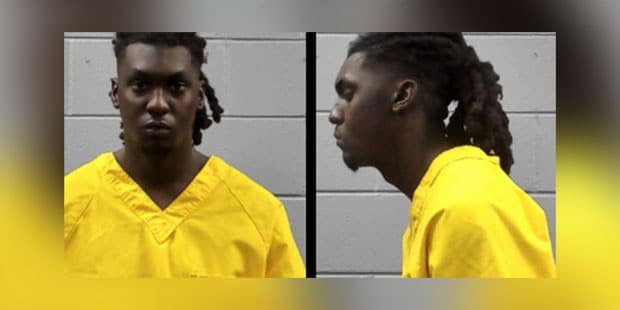 The attorney of Vicksburg native DeShawn Xavien Douglas is claiming his client acted in self-defense when he shot Christopher Miln, 54, Monday.

Douglas, 18, was arrested and charged with first degree murder after Miln died from his wounds.

“Shawn and his family had been victimized by Miln’s threats of violence for months,” attorney Scott Gilbert claims in a statement. “These threats were not only directed at Shawn, but at his 13-year-old baby brother.”

The shooting, which occurred in Brandon, followed a verbal altercation between the two men that escalated into a physical brawl, much of which was captured on video by a neighbor. The shooting itself is not on the video.

“Shawn walked away from Miln, just like he had done several times before,” the statement continues. “For reasons known only to Miln, he finally decided to make good on his threats and he violently attacked Shawn, grabbing Shawn from behind, wrapping his arm around Shawn’s neck and wrenching downward in an effort to cut off Shawn’s ability to breath.”

WAPT acquired a court document dated Dec. 3 showing Miln was fined for simple assault and trespassing. A handwritten note on the order adds a no contact clause. Douglas is not mentioned in the document.

“We had to go to trial, then to pre-trial and then it was all dropped,” Christopher Miln’s wife, Donna, told the station. Regardless of the differences between the two men, it did not have to end in gunfire, she said.

“While Miln’s death is tragic, it was the legally justifiable consequence of his violent attack on Shawn and the certainty that Miln would continue to escalate his violent behavior until Shawn or a member of his family were eventually killed,” Gilbert wrote in his statement.

The attorney will present evidence to the court to back up his claims Jan. 5 during a preliminary hearing. Douglas remains in the custody of the Rankin County Sheriff’s Office.

Mississippi woman stabs her husband after dreaming he cheated