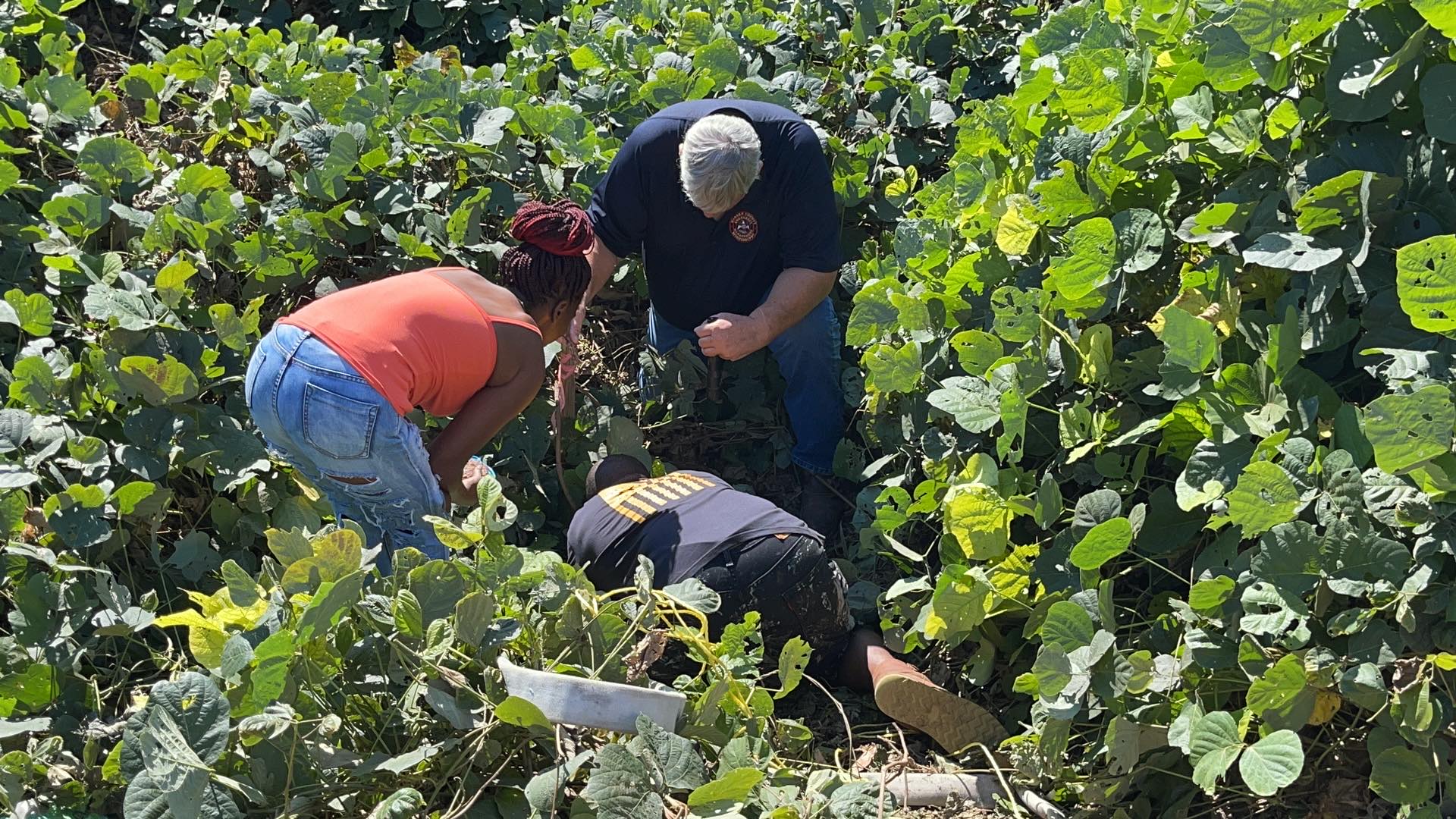 A large response from local rescue personnel was initiated to rescue a dog which had fallen into the sewer.

A dog, named Lotto, or Duchess as she is often called, fell into the sewer off of Highway 80. Several county and city rescue officials, including Warren County sheriff’s deputies, game and wildlife officers, 911 Coordinator Shane Garrard, Warren County Fire Coordinator Jerry Briggs and Warren County Emergency Management Director John Elfer were all on scene to aid in the recovery. 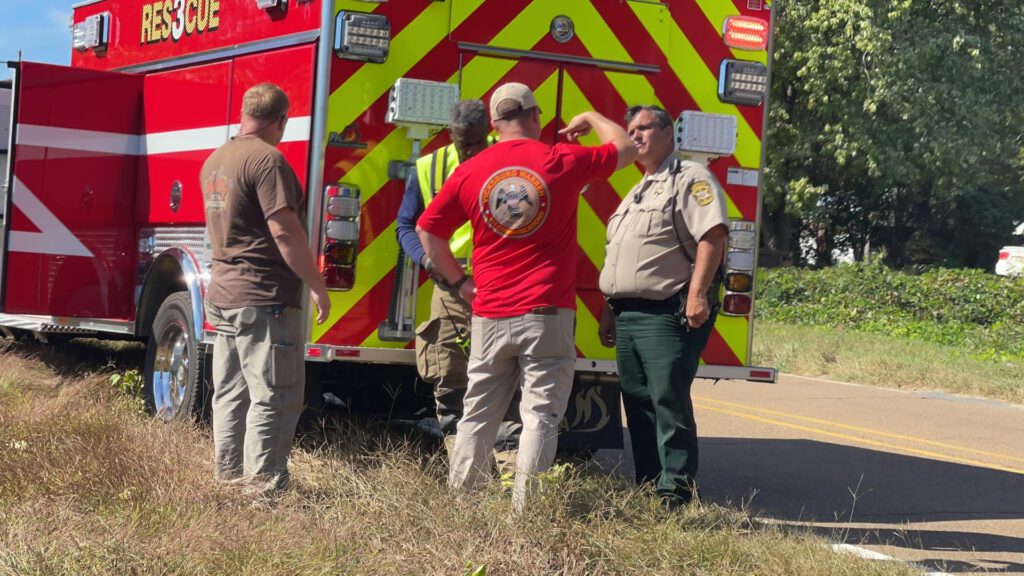 Multiple rescue personnel arrived to assist in the rescue of the dog. (Photo by Marcus James)

Owners, Michelle Cheatteam and Phillip Evans have owned Lotto since before she was six weeks old. The now year-and-a-half year old pup found herself in a terrible situation which began earlier in the morning. 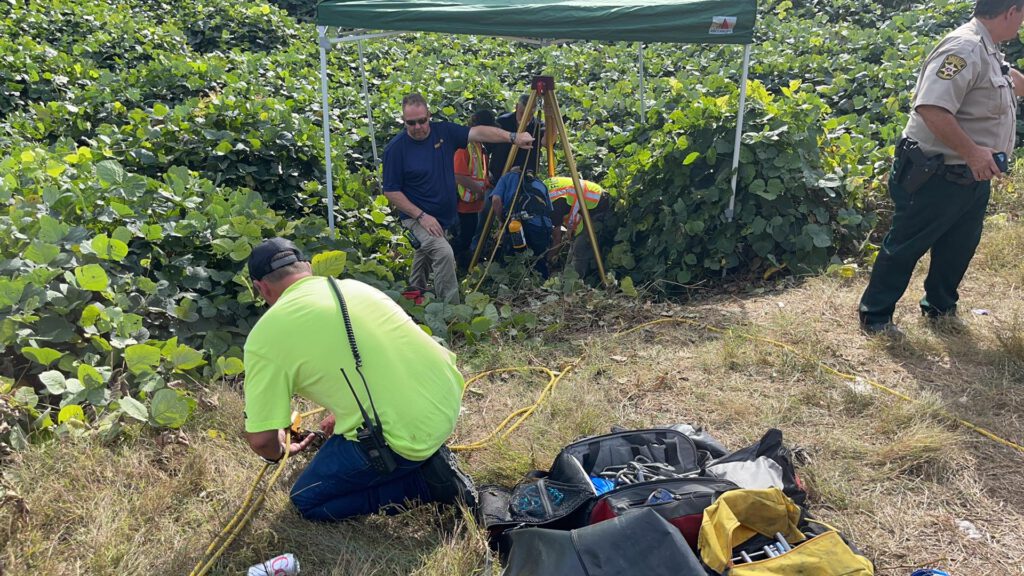 Cheatteam said she heard a dog hollering while taking a walk this morning. After investigating, Cheatteam discovered Lotto was stuck in a hole along side Highway 80.

“I called the police because it was too deep for me to try to save her,” Said Cheatteam.

“I tried my best, but we have the professionals here now and they know what they are doing,” said Evans.

A tripod was brought in to lower rescue personnel down to retrieve the dog, but the opening proved to be too narrow.

After re-thinking their approach, they decided they would excavate and create a way for Lotto to exit on the other side. 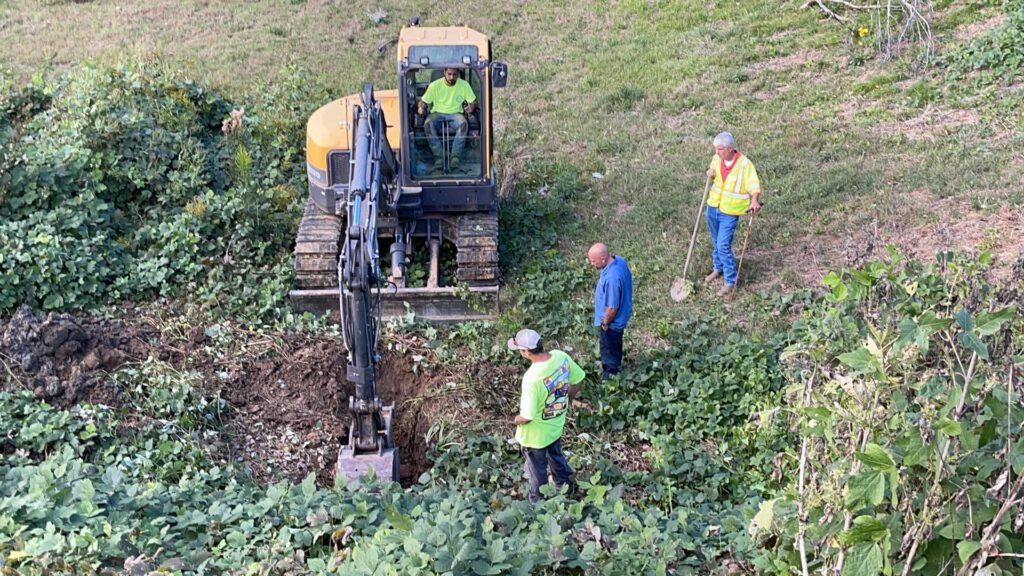 Lotto was finally rescued around 7 p.m.

It would be remiss not to recognize the heart and dedication on display today from all the guys that worked over 6 hours to make sure Lotto got home safely.  Shane Garrard, John Elfer and Reed Birdsong along with guys from Vicksburg Fire & Rescue, Warren County Fire & EMA, Warren County Sheriff’s Office and MDOT engineers were all involved in the effort. Keyes Recycling pitched in with the track hoe that ultimately got the job done.

Fire Boss Jerry Briggs concluded, “I want to add my personal thank you to all of these heroes for their hard work and passion in saving this dog. It was a team effort from all of these agencies for a successful outcome. I am very fortunate to be part of such a special group of people.”

Bally’s Vicksburg to close on Wednesday for repairs