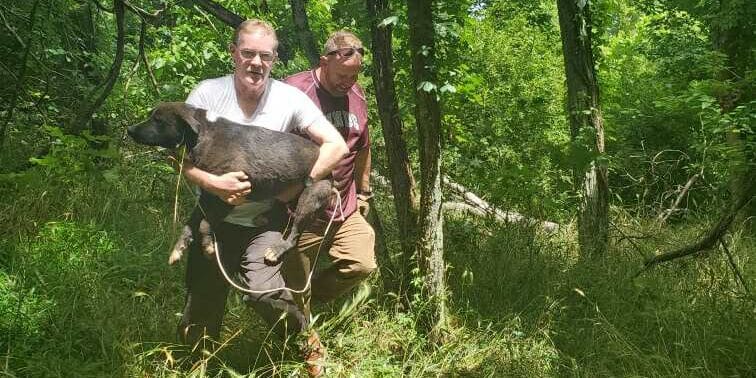 Just after 10 a.m. Tuesday, Vicksburg Warren E-911 received a call that a dog had been discovered in an old cistern in a wooded area in the 2000 block of Mt. Alban Road.

Warren County Assistant Fire Chief Shane Garrard was first on scene followed by units from Bovina and Culkin. Garrard entered the hole but quickly became oxygen deprived and had to come back out. 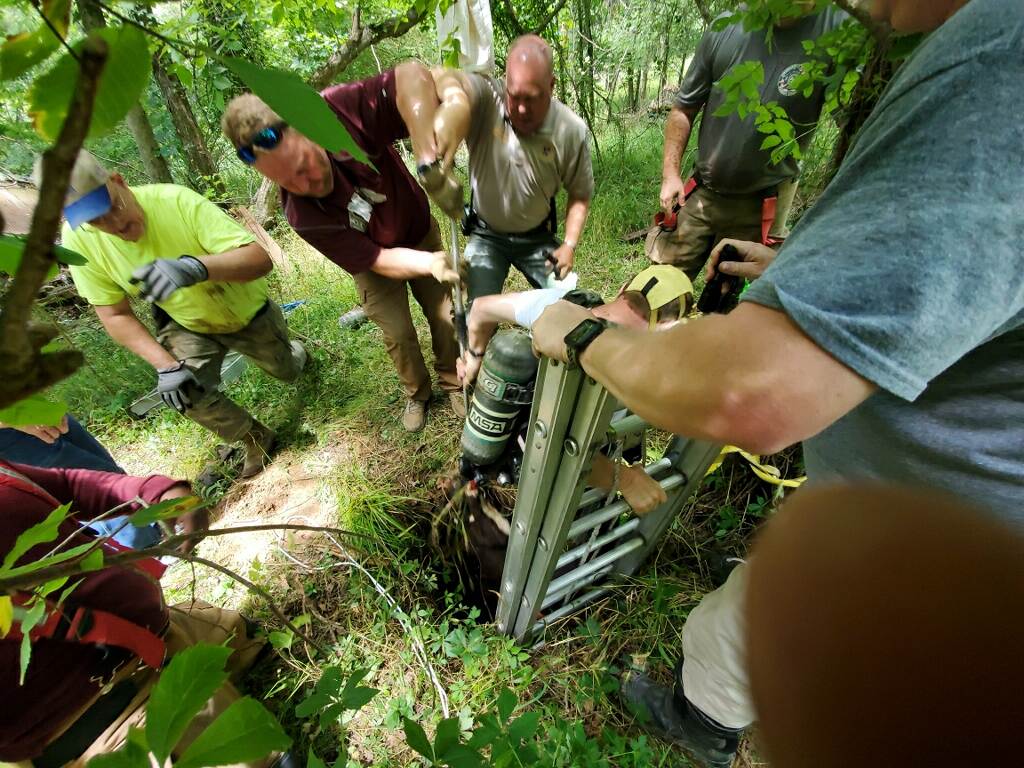 Warren County Sheriff Martin Pace donned a self-contained breathing apparatus from the fire department and entered the hole. Pace was able to maneuver the dog and safely extricate the animal. 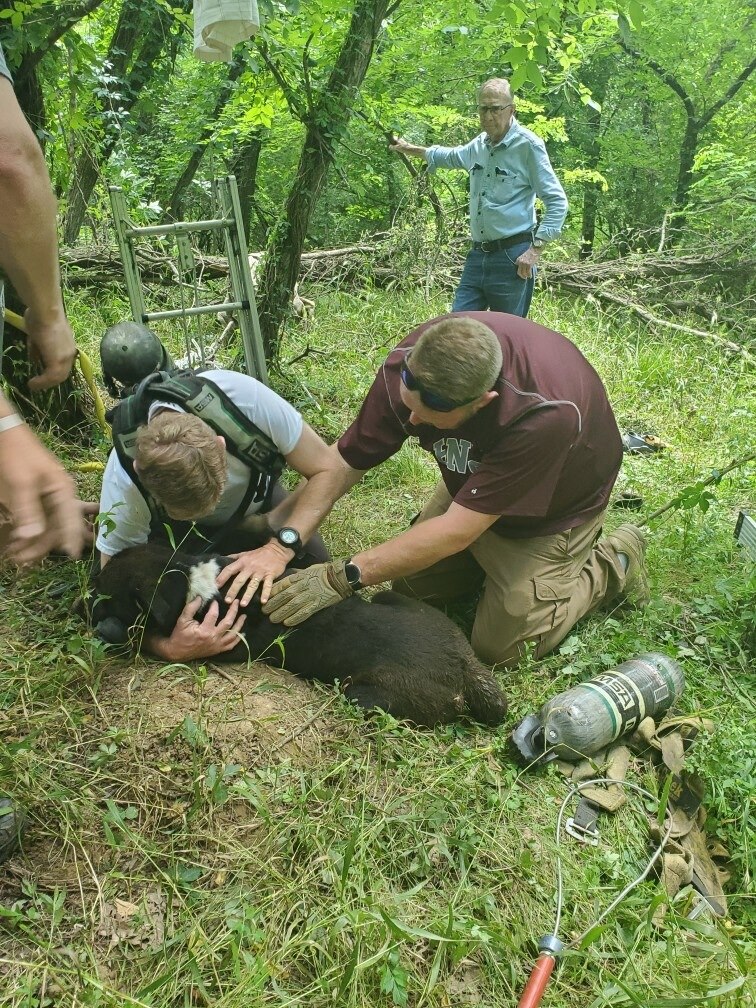 Fire Coordinator Jerry Briggs had placed Dr. Rachel Potter on standby and the young-looking dog was transported to Animal Medical Clinic for examination and observation. 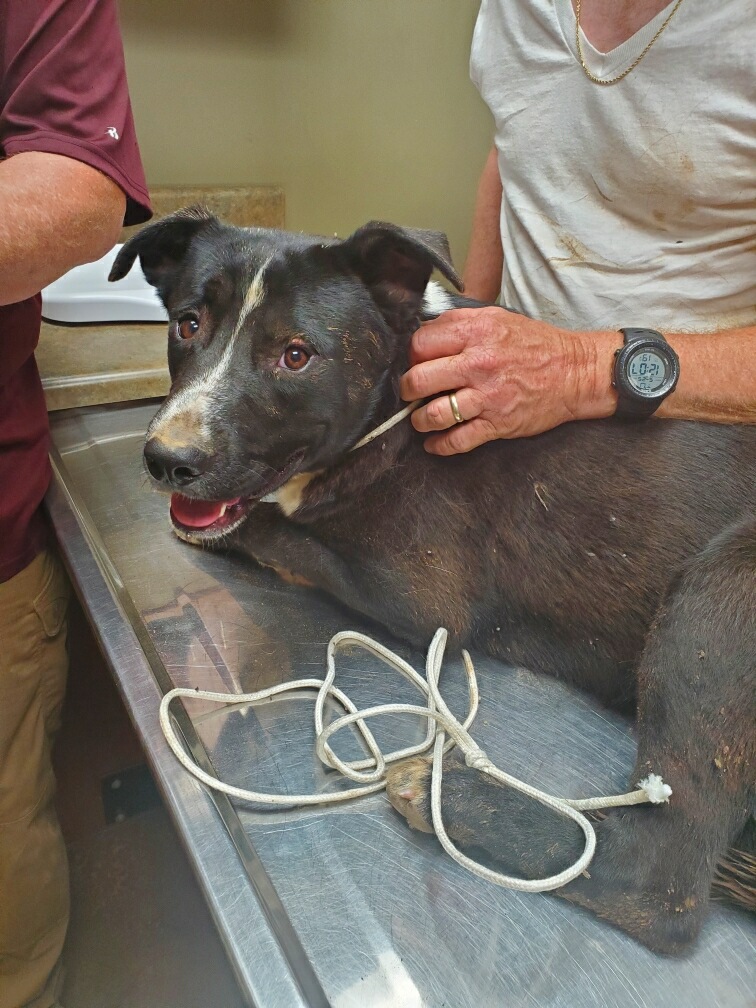 Dr. Potter gave the pup a clean bill of health, suffering only mild dehydration (photo submitted by a VDN reader)

Sheriff Pace said this was his first time wearing an SCBA apparatus and was thankful that it was related to a positive outcome such as this.

The Sheriff is attempting to find the dog’s owner. If you recognize the dog, please contact the Sheriff’s Office or Animal Medical Clinic. The dog appears to be uninjured, just a little dehydrated.