The senator and the oyster

Tom Wince and the 'bitters and sweets' of the Blue Room

Stories of preachin' and preachers

The Tournalaid house, one of R.G. LeTourneau's many inventions

First shots of the Civil War were fired at Vicksburg

July 3, 1974: the deadliest day in the history of the Vicksburg Fire Department.

Being Irish in Vicksburg

The house at 15 China

Vicksburg: where 'jazz' came from

Dueling was a way of life, and death, in 1800s Vicksburg

Old Hig's body: 'as fresh as a new blown rose'

The remarkable life of Ben Montgomery

Movie making in Vicksburg 1916: Miss Eyton and the pool shark

The old city cemetery: Headstones under the house

'The good, old fashion' of New Year's Eve concerts at the clock tower

A brief history of Col. Isham Warren Garrott, his fort and his body

Some were hardly noticed: The 11 presidents who visited Vicksburg

‘A hearty embrace and a Christmas kiss.’ Holiday traditions in antebellum Vicksburg

The last voyage of the steamboat Sultana

'Are you dreaming, Artie?' The story of the Balfour's Christmas Ball

The cannon that sank the Cincinnati

Graves of the CSS Arkansas dead will soon be marked

The man who misspoke twice at Vicksburg

'The Arkansas is coming!’ A story of unmatched bravery

'The dreadful summons': an epidemic remembered 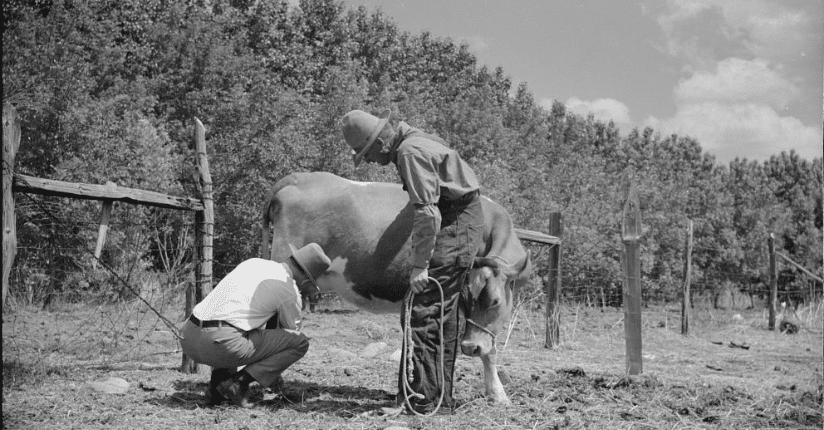 Most everyone called him Doc, but he was George Ferdinand Smith and was the 22nd veterinarian in the state of Mississippi. His stories were legend, and so was his sense of humor.

He told of his efforts one night of trying to heal a sick mule. He gave the animal a dose of Epsom salt, ginger and water and then settled down in the barn to await the desired results.

It was a cold night, and Doc shivered by a small fire while waiting for the medicine to do its job and relieve the bloated animal. Finally in despair, he decided to head back into town, so he cranked his old Model-T Ford. It backfired loudly – and so did the mule!

“If only I could train that car when to backfire…” he commented, pleased that his Model-T had done the job which his medicine had failed to accomplish.

Wit and wisdom were his trademarks. His funny stories often had a punch line that contained a lesson.

Doc was born in Vicksburg on Nov. 18, 1887. He graduated from St. Aloysius High School. As a boy, he was a member of the Volunteer Fire Department, and it was with the old fire horses that he probably developed his love and care of animals.

Doc received his doctorate in 1911 from the Chicago Veterinary College and practiced in New York and Wisconsin and Macon, Miss. before returning home to Vicksburg. His office was at the corner of China and Walnut streets.

He was a small man with a gravelly voice. He usually had a cigar stuck in the corner of his mouth.

His comments were very original, and they were choice enough to make him the Will Rogers of Vicksburg. Here are some of his remarks and observations:

Doc was noted for his wit, but he was a trusted veterinarian, and he could sometimes cure his friends. He invented a cure for poison oak and also a liniment that wouldn’t blister, would soothe “anything from an ingrown toenail to a rowdy family.”

Doc concentrated on large animals until the years caught up with him, then he spent most of his time doctoring small ones, such as cats and dogs. He provided free surgery on any tomcat in his community, giving the prowling tomcat good reason to howl. He also took on the task of custodian for his alma mater, St Aloysius.

Doc died in August 1966 at the age of 79. In the Old Court House Museum is a display of some of the instruments he used in his medical practice, but no artifact or photograph could capture the wit of Doc Smith.