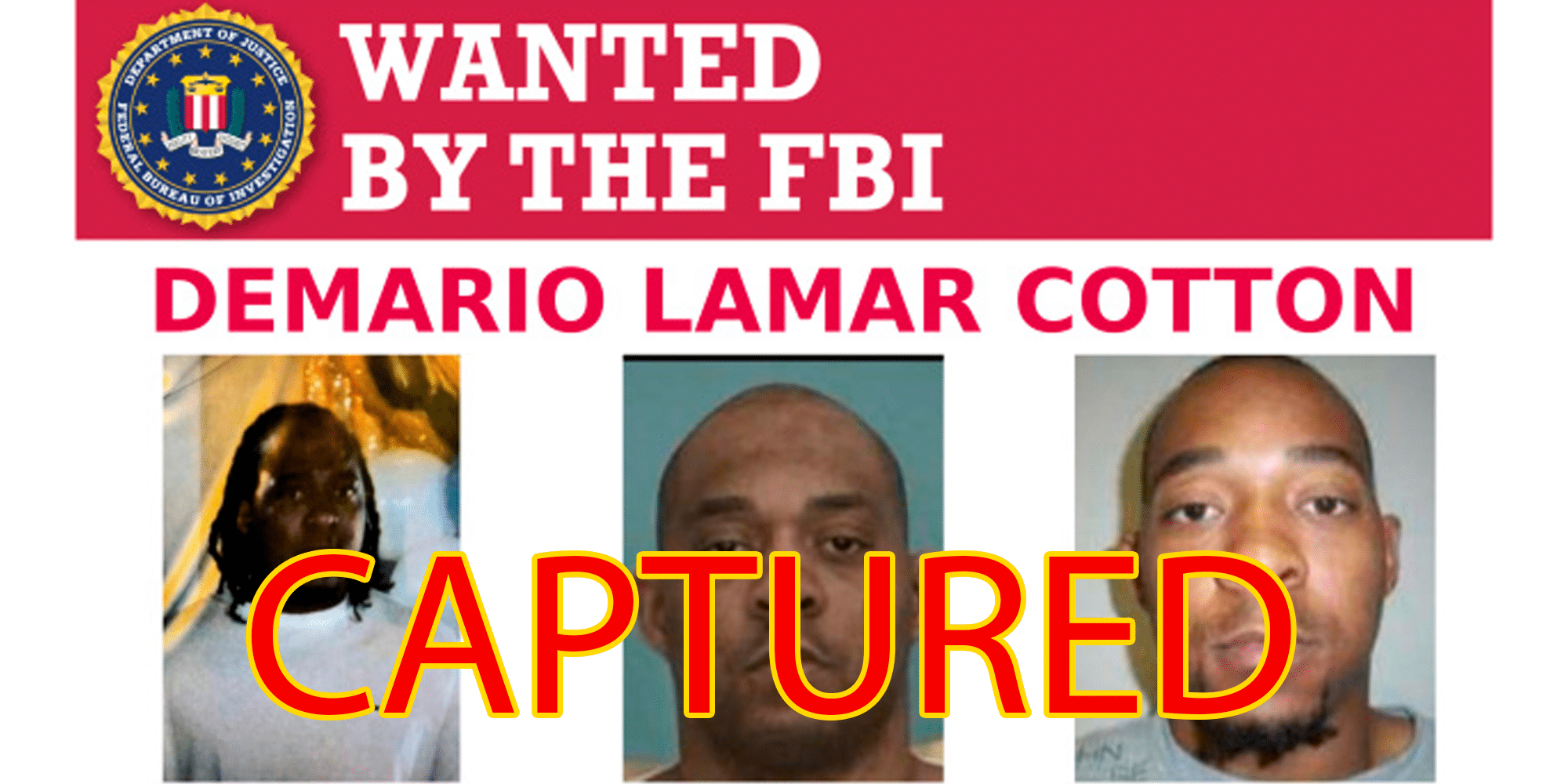 Demario Cotton has now been apprehended according to the FBI. Cotton was wanted in connection to a shooting of an FBI agent during a traffic stop by Jackson police.

Jackson police responded to a call of shots fired around 11 p.m. on Saturday. The calls led officers to initiate a traffic stop on Cotton in the Oaklawn and El Paso Street area where an FBI agent assisted with the operation.

Upon exiting the vehicle, Cotton allegedly opened fire on the officers. One bullet struck the FBI agent in the back where he was taken to the University of Mississippi Medical Center for treatment.

Cotton then fled the scene which led to a reward of up to $50,000 being offered for information leading to his capture.

Cotton has since been captured and is in custody. 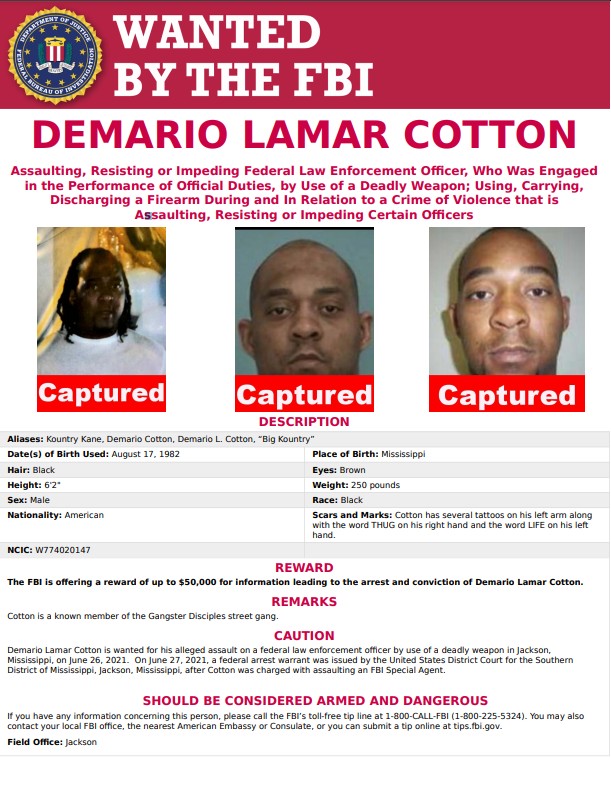 Sheriff Pace – two stabbed at Circle K, including a 15-year-old