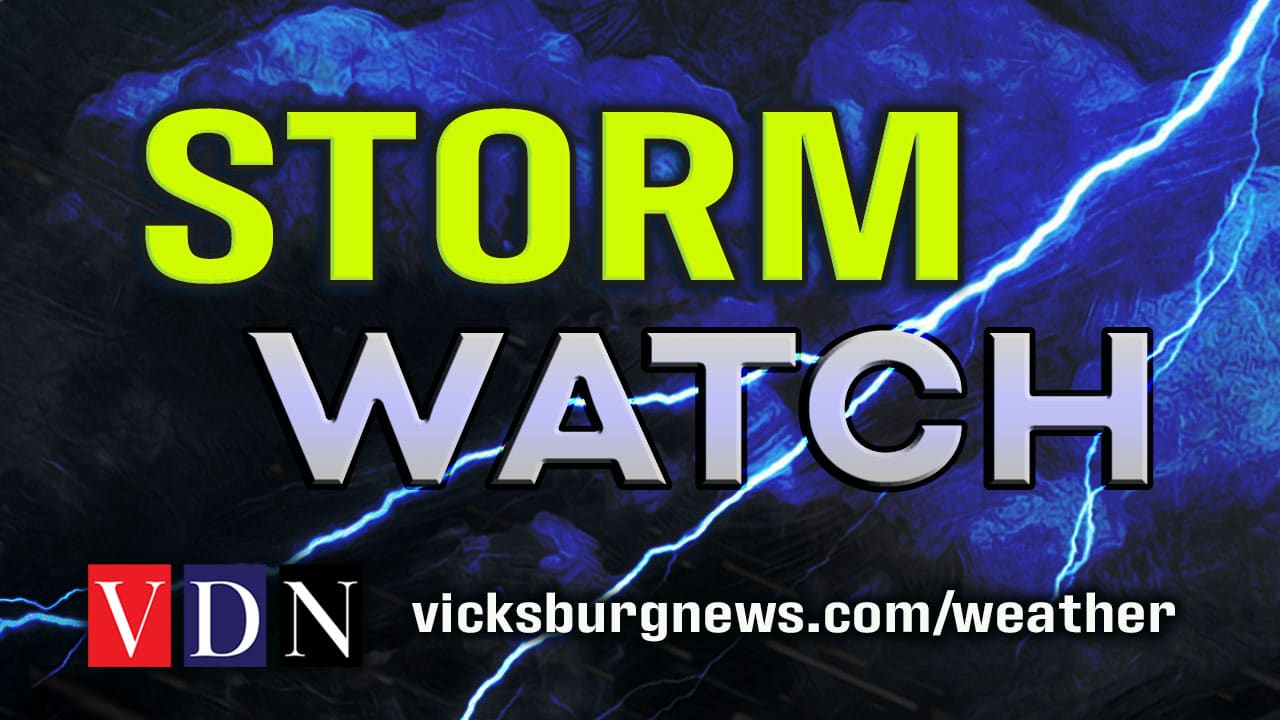 A line of deadly storms is expected to reach the Vicksburg area around 6 a.m., with the most risk for severe storms anticipated by 7 o’clock Saturday morning.

This powerful storm system has produced at least 19 tornadoes, with reports of widespread damage across five states and at least two deaths in its wake.

MASSIVE Tornado that crossed I55 @ MM16 tossing / rolling Semi trucks. This tornado is the same as the Monette, AR tornado. This is going to be horrible when we see daylight. 🙁 @NWSMemphis pic.twitter.com/41UFpuNsk7

One of the tornadoes ripped through a Monette, Arkansas nursing home, leaving nearly two dozen people trapped inside.  One person was killed and five others were seriously injured. Another death was reported in Leachville, just eight miles away.

A small town in northwest Tennessee is “pretty well flattened” according to authorities, and Kentucky State Police said that while casualties had not yet been confirmed, “loss of life is expected.”

KSP Post 1 Mayfield is responding to a severe tornado event that spreads across multiple counties in Western Ky. Significant damage is reported. While no fatalities have been confirmed at this time, loss of life is expected. Multiple agencies are responding. Updates to follow.

🚨#BREAKING: A Tornado which started in Arkansas 4 hours ago appears to have traveled more than 235 miles (378 km) so far, making it the longest tornado ever recorded in us history pic.twitter.com/TxKinzw78C

Illinois journalist Jenna Rae was on the scene of an Amazon warehouse that was severely damaged by either a tornado or powerful straight-line winds.  Responders described the scene as a “mass casualty event.”

Sources telling me there are injuries and possible deaths inside Amazon Warehouse.

Right now, our crew is taking shelter as another line of storms is heading our way. @KMOV pic.twitter.com/HDscWTMUHs

In Friday morning’s report, the National Weather Service Forecast Office in Jackson, Miss. assessed a only slight risk of severe storms for the Vicksburg area. It is unclear at the time of this report how powerful the system will remain to be when it reaches the River City.

A Hazardous Weather Outlook was released at 5:03 p.m. Friday for Warren County and Madison Parrish indicating a slight risk of severe thunderstorms capable of damaging wind gusts or tornadoes.

In the event of a tornado