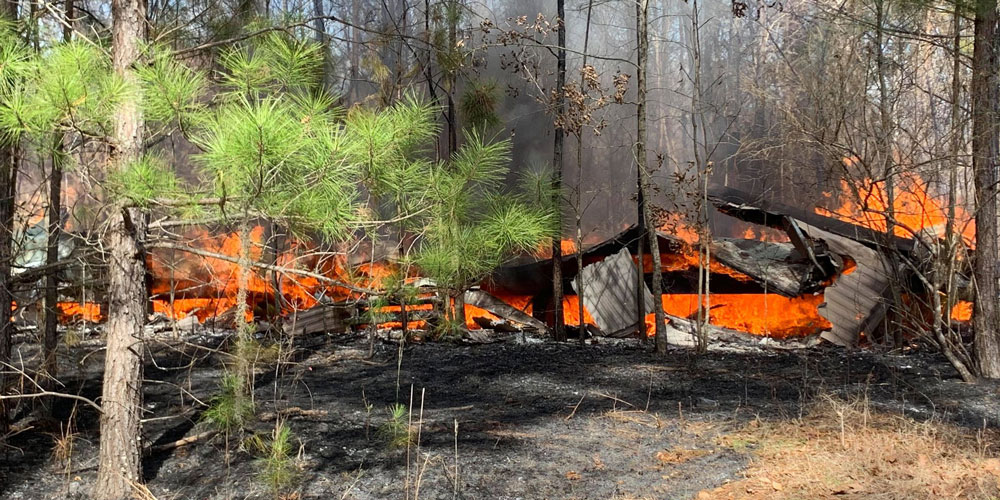 Just before noon Sunday, Warren County firefighters were dispatched to the 2300 block of Davis Road for a structure fire in an abandoned mobile home.

The structure had no working utilities connected to it and has been vacant for some period of time. This is the second fire in recent months of an abandoned mobile home in the area. Warren County Fire Coordinator Jerry Briggs said an investigation has been launched which will involve the State Fire Marshal and the Sheriff’s Office.

Officials determined the best course of action would be to let the fire burn itself out while they remain on the scene to prevent the blaze from spreading.