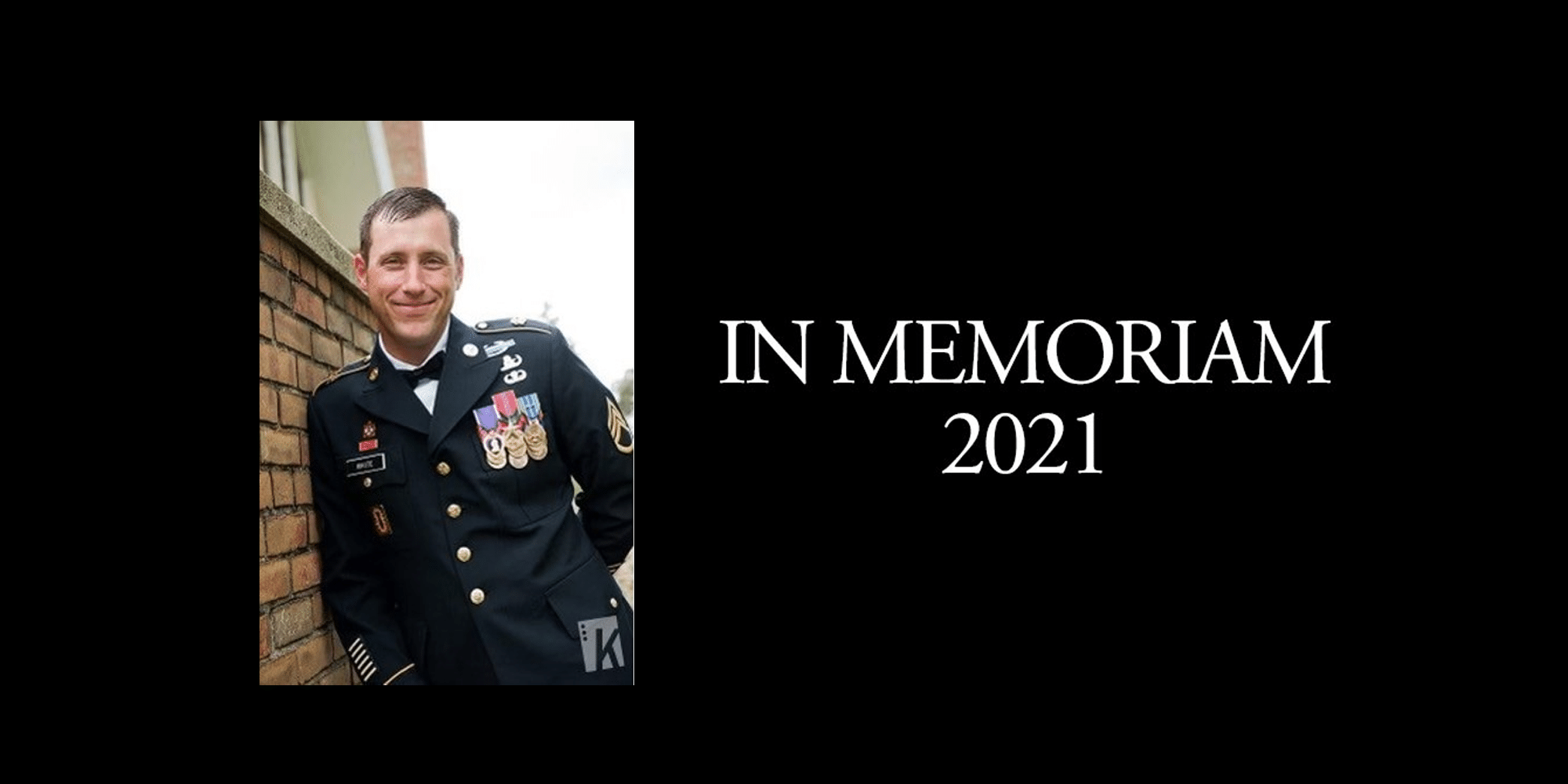 A memorial service honoring the life of Master Sergeant David Frederick White will be held on Friday, September 10, 2021 at 11 a.m. at Glenwood Funeral Home, 145 US-80, Vicksburg, Mississippi. The United States Army will conduct a memorial service at Fort Wainwright Military Base in Alaska on Thursday, September 16, 2021 at 4 p.m. David was born on April 17, 1981 in Bastrop, Louisiana, to Doris Rea White and Louis Frederick “Fred” White. David passed away on August 21, 2021, at age 40, while Dall sheep hunting in the Wrangell-St. Elias National Park and Reserve.

David White, posthumously promoted to the rank of Master Sergeant, honorably served with the United States Army for 19 years and four years with 65th Ordnance Company (EOD) in Fort Wainwright (Alaska) as the Non-commissioned Officer in charge of the Company Operations Section. He faithfully led his section in support of the Company’s mission of providing explosive ordnance disposal support to Fort Wainwright and the State of Alaska. Master Sergeant David White joined the Army in 2002 and served at Fort Irwin, CA, Redstone Arsenal, AL, Fort Drum, NY, Fort Knox, Ky, and Fort A. P. Hill, VA before reporting to Alaska in July, 2017, according to Joint Base Elmendorf-Richardson officials. He deployed three times to Iraq and once to Afghanistan in support of combat operations as an EOD Technician and once as an Infantryman for a total of 48 months in combat. His awards and decorations include the Bronze Star, the Purple Heart, the Meritorious Service Award, Master EOD Badge, Combat Infantryman’s Badge, Basic Parachutists Badge, and 42 additional awards and badges, which included five Army Achievement medals, three meritorious unit citations, six Army Good Conduct Medals, the National Defense Service Medal, the Afghanistan Campaign Medal with two campaign stars, the Iraq Campaign Medal with three campaign stars, the Inherent Resolve Campaign Medal, the Global War on Terrorism Service Medal and the Army service ribbon.

David was an avid fisherman and hunter, and his passion for the outdoors was only surpassed by the love he had for his son, Devin. He enjoyed the planning, the hunt, the casting of a fly reel, the crisp mountain air, the trek, the ride, the float, and the exploration and the tranquility that nature had to offer. David loved sharing his passion and teaching others. David, a typically quiet man, always had time to stop on the trail to swap stories with fellow enthusiasts and novices alike. Summers always found David spending his love of the great outdoors with his son, Devin, teaching him the ways of the wild. David believed in doing no harm to the environment, and was always mindful of leaving no trace at camping, fishing and hunting sites, always leaving them as he found them.

Captain Joshua Johnson, 65th EOD Company commander, stated, “The loss of Sgt. 1st Class White came as a shock, jarring the heartbeats of everyone and rocking the foundation of our unit. We send out deepest sympathies and condolences to his family and friends, especially his son, and hope that we can all look back at the many memories and wonderful examples of how he has impacted all our lives to partially fill the holes left by his passing.”

David White was quiet, unassuming, stoic – but believed in getting the job done. Concern was shown when he decided to go into ordnance, but he loved it, taught it, and lived it. David was never the type to “light up a room” when he walked into it, but he was that someone you could always depend upon and trust to do any job given, and give it his all while getting it done; offer assistance when he saw a need; and, loved life, loved his son, and loved his family and friends unconditionally. In his short 40 years, he lived his life experiencing in real time what most only fantasize about.

David is survived by his son, Devin Michael White; sister, Rhea Ann Hugley (Steve), and brother, William “Bill” Miller (Lisa) of Vicksburg, MS; and, Damon White of Hattiesburg, MS; nieces, Robin Greer (Daniel) and DeLisa Miller (Jason); and nephew, Steven Hugley (Katie); numerous other family members and friends, as well as his girlfriend and trusted hunting, fishing and camping companion, Kenna Metivier, who are amongst those touched by his love for life and the great outdoors. David was pre-deceased by his parents, Doris Rea White and Louis Frederick “Fred” White.