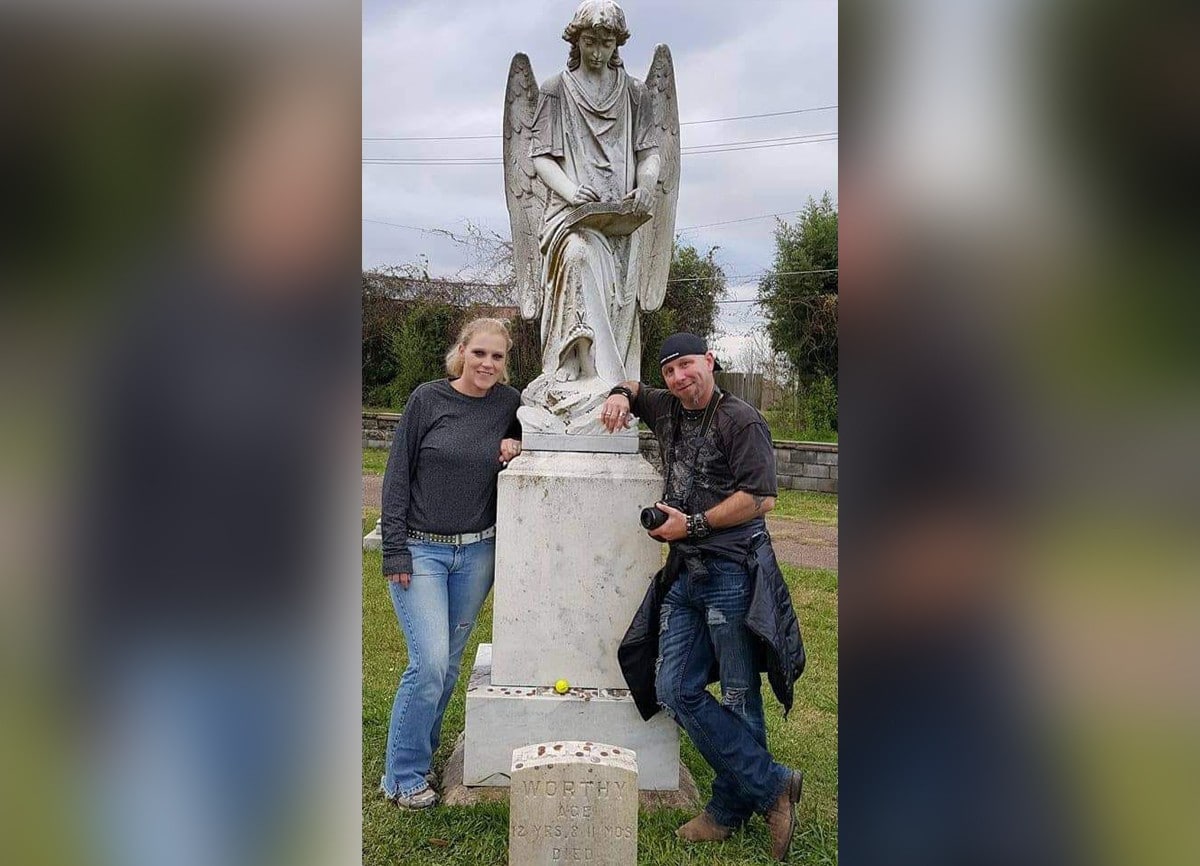 David Childers will forever be linked to the old Kuhn Memorial Hospital in Vicksburg.

He was the caretaker of the property for the Esther Stewart Buford Estate for a time, and he frequently checked the property because it was tended to be a target for adventure seekers and vandals.

On June 28, 2015, two men found Sharon Wilson’s body in the weeds outside the derelict hospital. Reportedly, they had followed a blood trail from inside the building and down a staircase. Wilson had been kidnapped from her Drummond Street home and murdered by Rafael McCloud.

“I truly hate that was the thing most people will forever associate the hospital with,” he said.

Childers frequently was at the Kuhn doing what he’s done with most of his spare time for going on three decades—ghost hunting, although he prefers the term paranormal investigation. Now 40, the Vicksburg native has spent more than 25 years chasing after what most others run away from.

“I was playing ‘Crocodile Dundee’ complete with my wooden knife at our old home on Culkin Road when I saw an apparition of a Civil War soldier,” he said. “Our property wasn’t far from the Military Park, and battles were probably fought in the area. My Dad thought I was losing it.” 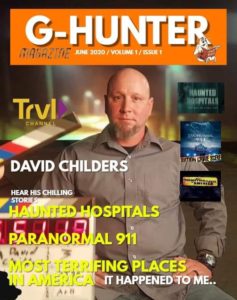 Childers is on the cover of G-Hunter magazine in June. (Photo courtesy David Childers)

Far from it, his spooky adventures have led to TV appearances on Destination America’s “Ghost Asylum,” the Travel Channel’s “Spirits Under Siege” and A&E’s “My Ghost Story.”

On Saturday, March 28, Childers will appear on the Travel Channel’s “Haunted Hospitals.” The episode airs at 8 p.m. Central.

Childers will also be on the cover of the June issue of G-Hunter magazine.

The veteran investigator has found some new places to explore in Vicksburg, including the old Wilson Hardware store at 1107 Washington St., which is owned by Karen Flaggs.

He is scheduled to travel to the Mississippi Coast next weekend to be locked in the Tara Coast House overnight, and in April, he will lead a group to explore the former Hardy Wilson Hospital in Hazelhurst.

Besides these adventures, Childers and his partner Gene Hamil have produced four movies. Hamil is the creative force behind the camera, handling graphics and editing. Their “Twisted Carnival” series has developed a devoted following. Their releases can be found at www.StrikeFastStudio.com.

Although he works for Bunge Corporation during the day in Issaquena County, chasing after spirits is his real passion.

“I would hope one day to find a way to do this full time,” he said.