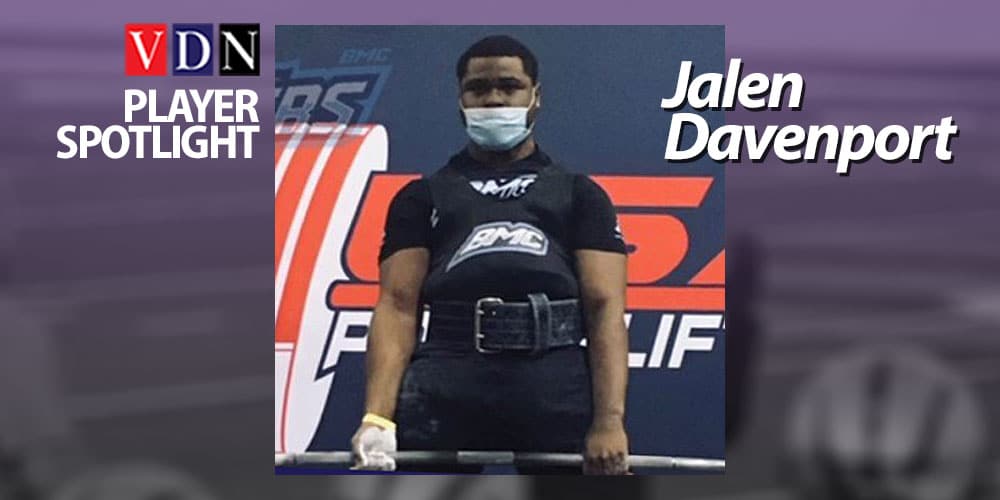 Vicksburg native Jalen Davenport earned first place in the Men’s Junior class at the Missouri Powerlifting State Championship this weekend. Weighing in at 103.6 lbs., the Blue Mountain College sophomore lifted over 1,000 and ranked 6th overall in pound-for-pound strength across all classes of the competition. 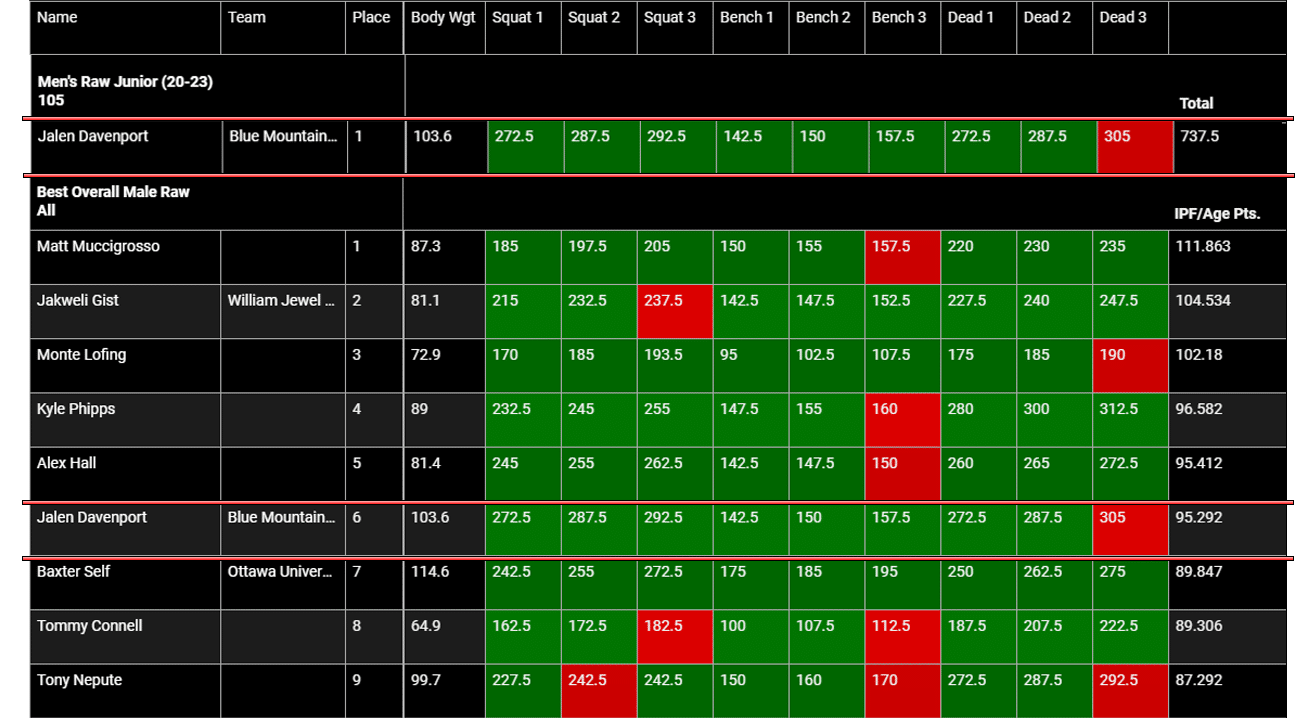 With squats and deadlifts drawing ever closer to 300 lbs. with each attempt, he scored a 292 lb squat, benched for 157 lbs. and deadlifted 287 lbs. Davenport’s best lifts totaled 737.5 lbs., placing him 1st in his class and earning a 95.3 IPF score. In the Best Overall Male ranking, athletes are evaluated by weight lifted per pound of body weight in order to determine the strongest athlete across all competing classes. In this category, Davenport ranked 6th in a field of 41.

It is no surprise that Davenport ranked in the Top 10 of the Missouri state championship on Saturday. Six months ago, he took 5th in class at the Collegiate Powerlifting Nationals where he lifted over 1,700 lbs. and helped the BMC men’s team to finish in the top three.

Jalen Davenport at placed 5th in his class in the Collegiate Powerlifting Nationals (photo courtesy of Johnnie Davenport).

Stay with Vicksburg Daily News as we continue to follow Vicksburg’s own Jalen Davenport as the rising star shows promise to make his name among the best powerlifters in the world.

Henderson rushed for 230 yards in VJHS’s victory over Ridgeland