Friday, Mississippi Attorney General Lynn Fitch dismissed capital murder charges against Curtis Flowers, who underwent an unprecedented series of six trials for the same allegations. The decision comes more than 23 years after his initial arrest in the small town of Winona, Mississippi.

Flowers was accused in the 1996 killings of four people in the Tardy Furniture store in Winona. His six trials over more than two decades either ended in mistrials or convictions that were later reversed due to prosecutorial misconduct.

“Today, I am finally free from the injustice that left me locked in a box for 23 years,” Flowers said in a statement. 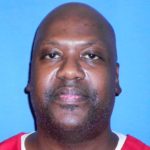 All six trials were brought by prosecutor Doug Evans. In the U.S. Supreme Court decision on the sixth trial, which was issued in December 2019, Justice Brett Kavanaugh wrote that “Equal justice under law requires a criminal trial free of racial discrimination in the jury selection process.” By pursuing a “relentless, determined effort to rid the jury of black individuals,” Evans wanted to try Mr. Flowers “ideally before an all-white jury.”

Evans recused himself from the case in January, and the AG’s office took it on, dismissing the charges this week.

“This is a monumental victory. Over the past year, the Mississippi Center for Justice represented Curtis Flowers and helped to bring about a favorable conclusion of this tragic case,” said Vangela M. Wade, president and CEO of the MCJ. “Today, the burden of further injustice has been lifted from Mr. Flowers, but fair treatment in our criminal justice system should never require the extraordinary resources behind this long-delayed outcome.”

Rob McDuff, director of MCJ’s George Riley Impact Litigation Project, joined the Flowers defense team after the U.S. Supreme Court reversed the conviction and death sentence in Flowers’ sixth trial and sent the case back to the trial court in Montgomery County, Mississippi, for a potential seventh trial. Attorney Henderson Hill of Charlotte, North Carolina, co-counseled the case with McDuff at the trial court. After the case returned to the trial court, they filed a motion for bail, a motion to dismiss the charges and a motion to recuse the prosecutor. A bail hearing was held Dec. 16, 2019, and Judge Joseph Loper granted bail at the conclusion of the hearing. Flowers was released that afternoon after 23 years in prison.

Soon after, DA Evans withdrew from the case and the office of Attorney General Fitch was appointed in his place. At the request of the Flowers defense team, Fitch’s office conducted an extensive review of the case over several months and then filed the motion asking Judge Loper to dismiss the charges.

McDuff and Hill worked with the legal team that had represented Flowers at various stages during the nine-year battle to reverse his 2010 conviction and death sentence in the sixth trial. This included lawyers from the Cornell Law School Capital Punishment Clinic, the Mississippi Innocence Project and the Hogan Lovells law firm. National attention on the Flowers case was sparked by the extraordinary investigative reporting at American Public Media for the In the Dark podcast which uncovered numerous witness recantations and an alternative suspect.

“This is a perfect time to commit to a deeper fight against racism in our criminal justice system,” Wade continued. “As a former prosecutor, I am acutely aware of the power wielded by the district attorney in charging decisions, bail, plea bargaining, trial and sentencing. Mississippi must reform our criminal justice system from the bottom up, starting with rooting out racial bias in prosecutorial discretion. A number of recommendations appear in last month’s report by the Mississippi Advisory Committee to the U. S. Civil Rights Commission, ‘Prosecutorial Discretion and Civil Rights in Mississippi.’”