January was the pandemic’s deadliest month so far in the U.S. While the current statistics are drastically better than previous weeks, the hospitalization rate is still three times higher than it was before the holiday season surge, and the death rate is still alarmingly high. An average of about 3,000 Americans lost their lives to COVID-19 every day last week. There is still a long way to go in this battle with the novel coronavirus.

(courtesy of the COVID Tracking Project)

At the national level, weekly new cases were down over 16 percent during the seven-day period running from January 28 to February 3 compared to the previous week, and dropped below one million for the first time since the beginning of November. 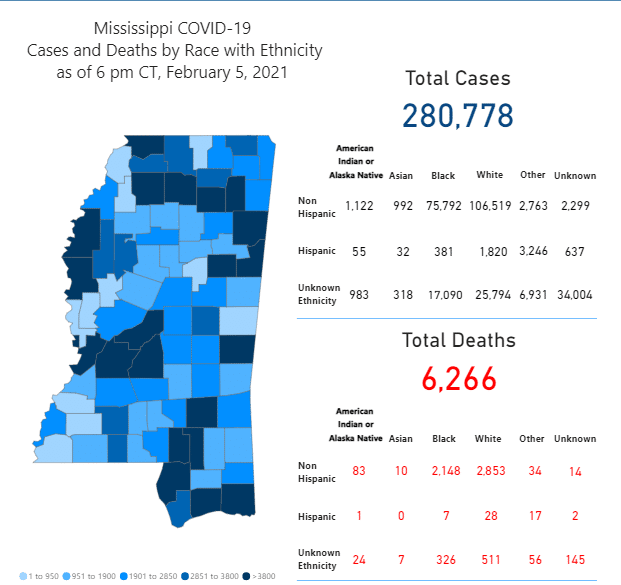 Mississippi still averaged 941 new cases each day last week, according to the Mississippi State Department of Health. This is down a whopping 41% from the previous week’s 1,595 new cases.  Effective distribution of vaccines, among other factors, has shown a vast improvement in the statistics.  The promising news is tempered, though, by the current hospitalization rate, which is still one third higher than it was before the surge in the fall. 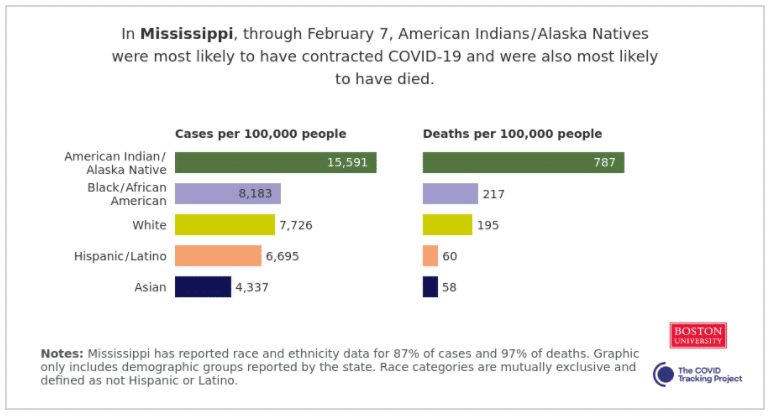 (courtesy of the COVID Tracking Project)

Warren County reported an average rate of 14 new cases each day.    MSDH reports that the total number of cases in Warren County to date is equal to 3,972, which is just under 9% of the population.

Hundreds of Warren County residents have received at least the first dose of vaccine since the installation of the drive-through site at the Uptown Vicksburg mall in late January.

Appointments can be made online at https://covidvaccine.umc.edu/.

Due to the limited supply of the vaccine, inoculations are being made available to individuals 65 years of age and older, or those with certain underlying conditions.  More information regarding eligibility can be found here.