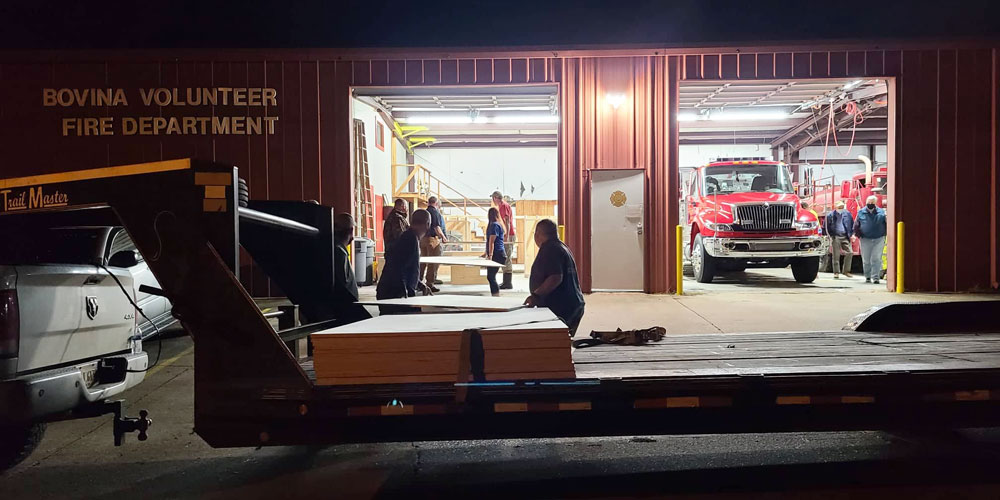 410, Chief Ken Whittington, will be laid to rest this Thursday.

He will ride atop Engine 401, a 2010 Deep South fire truck that the chief was instrumental in securing for his team. Seated next to that truck are the current fire chiefs and Fire Boss, Jerry Briggs. 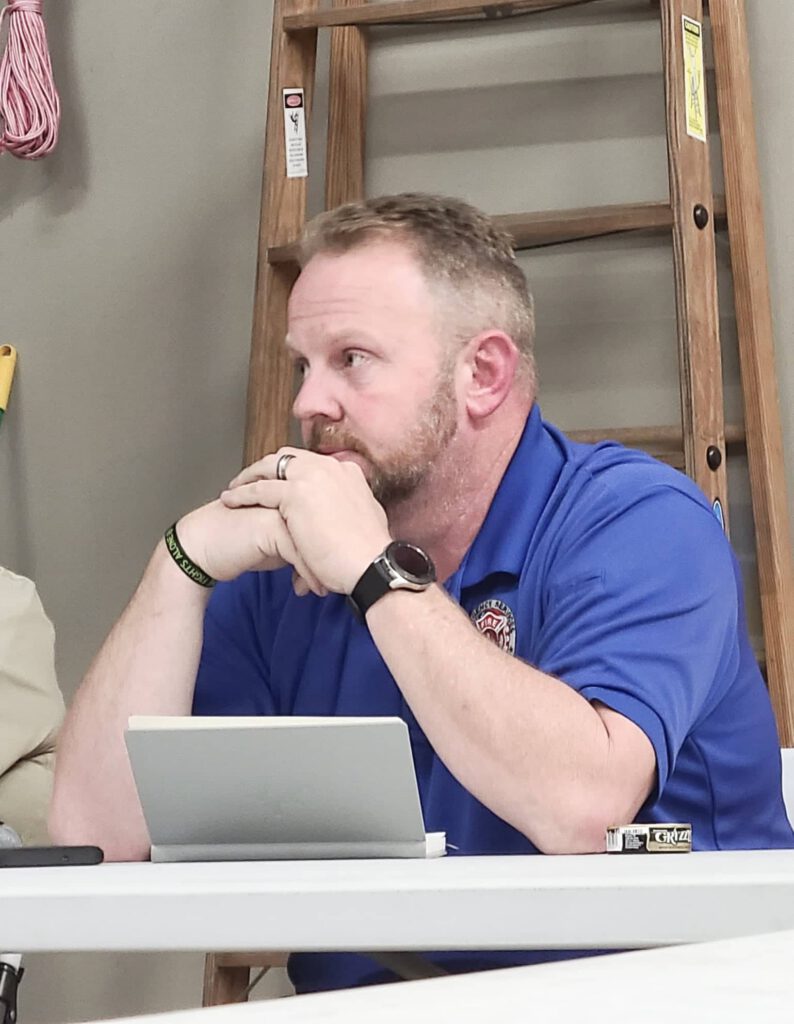 They are making the plans for the funeral of Chief Ken Whittington.

The assembled chiefs explained the details and features on that truck that made it one of the finest in Mississippi. Briggs went on to talk about how much work Chief Whittington put in to get that truck built and bought. 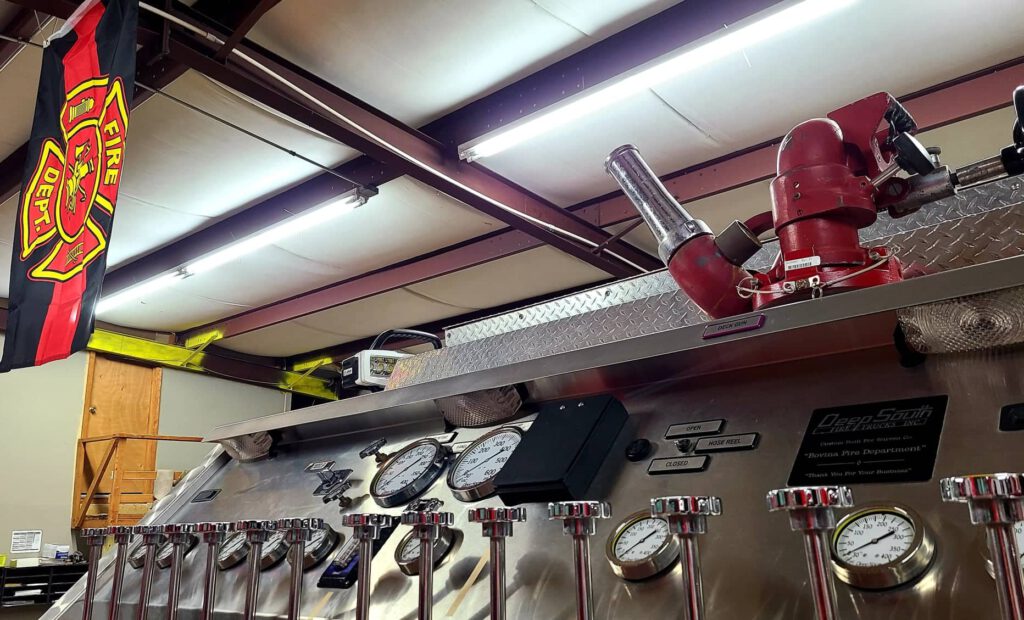 As the chiefs planned out every step of the funeral, who will man what position, at what location and at what time, family members began showing up to the meeting. Briggs immediately involved them and repeatedly asked their preference on every detail of the funeral.

Chief Whittington’s casket will ride atop Engine 401 from the church to the cemetery. 401 has been lovingly detail cleaned from top to bottom by members of the Bovina Fire Department in preparation for the funeral. Getting the casket on top of 401 means lifting it 10 feet in the air. Luckily, one of their own at Bovina was able to take the lead on constructing a ramp to assist the pall bearers. 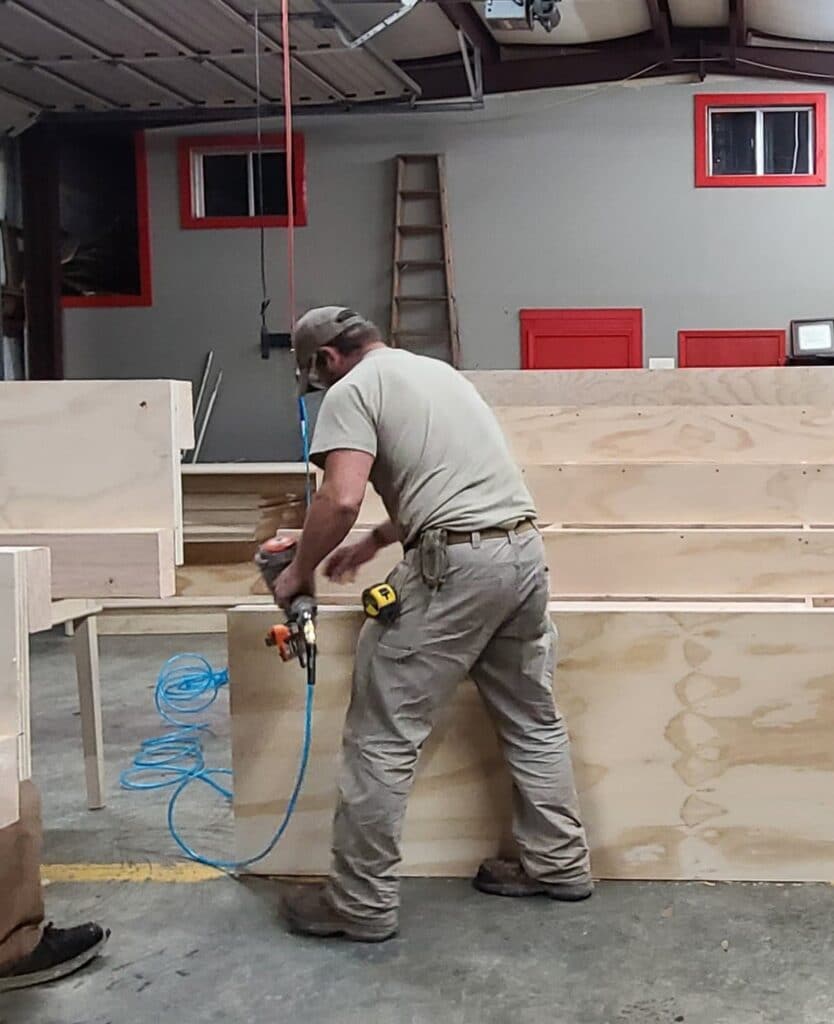 Zach Weber is a firefighter at Bovina Fire Station and also works with Thad Pratt at Vicksburg Woodworks. His day started at 2:30 a.m. and around 7 p.m., 16 hours later, he delivered the stairs/ ramp that will be used to assist the in getting the Chiefs casket to the top of the fire truck. He spent another couple of hours at the Bovina Fire Station assembling and explaining.

“Ken Whittington (lovingly known as Pappy to Warren County Fire Service) was a founding member of the Bovina Volunteer Fire Department and had a sincere passion to serve his community,” said Whittington’s successor, Chief Chris Kennedy. “He served as fire chief for over 30 years. He has inspired and displayed to so many the value of a volunteer firefighter. One day I hope to achieve the level of respect that so many have for him. He will be greatly missed by myself, our department and our community.”

In lieu of flowers the family is requesting donations be made to Berean Children’s Home.