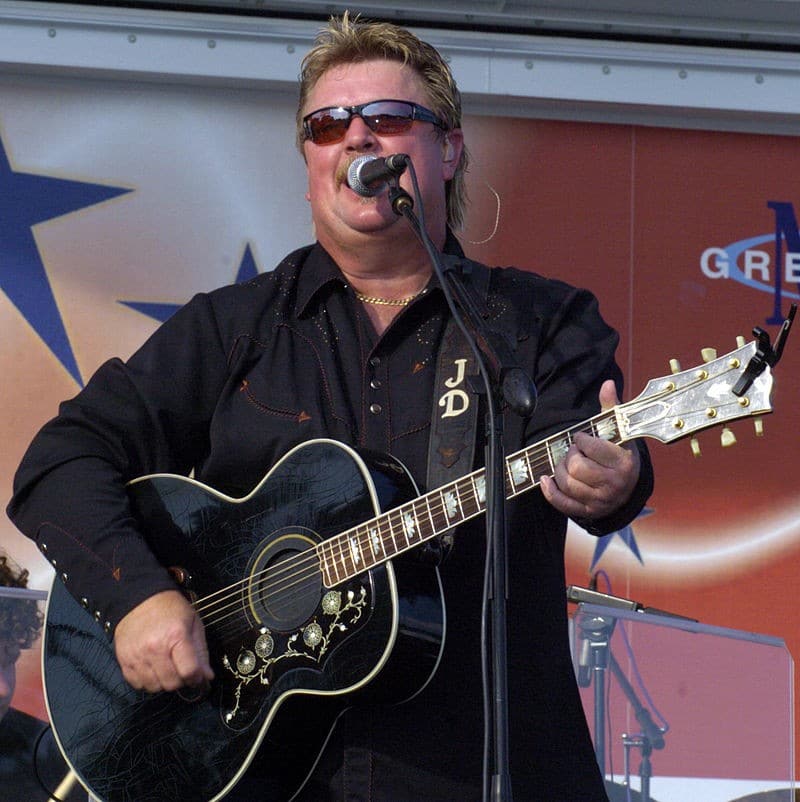 Rolling Stone magazine reports Joe Diffie, a consistent country-music hitmaker throughout the Nineties, died Sunday due to complications related to Covid-19. His publicist confirmed the death to Rolling Stone. Diffie was 61.

Diffie’s records were known for their honky-tonk style and lighthearted nature. Diffie earned five Number One singles in the first half of the Nineties including his first big hit, “Home,” followed by “If the Devil Danced (In Empty Pockets),” “Third Rock From the Sun,” “Pickup Man,” and “Bigger Than the Beatles.”

Diffie had 18 Top Ten singles, with the majority reaching the Top Five, including the 1993 radio staples “Prop Me Up Beside the Jukebox (If I Die)” and “John Deere Green.”

Joseph Logan Diffie was born in Tulsa and raised in the tiny community of Velma, Oklahoma. His family lived in San Antonio, Washington state, and Wisconsin while he was growing up. According to Rolling Stone Magazine, his father, who held jobs as a teacher, rancher, truck driver, and welder, had musical tastes that ran more toward traditional country, but Diffie learned about harmony singing by working in gospel and bluegrass groups, including, respectively, Higher Purpose and Special Edition. Diffie also played bars, VFW halls, and honky-tonks as a solo act in Duncan, Oklahoma, where he lived with his wife and children while working in a local foundry. He also partnered with his father to run a small recording studio.

Link to the Rolling Stone article on Diffie.