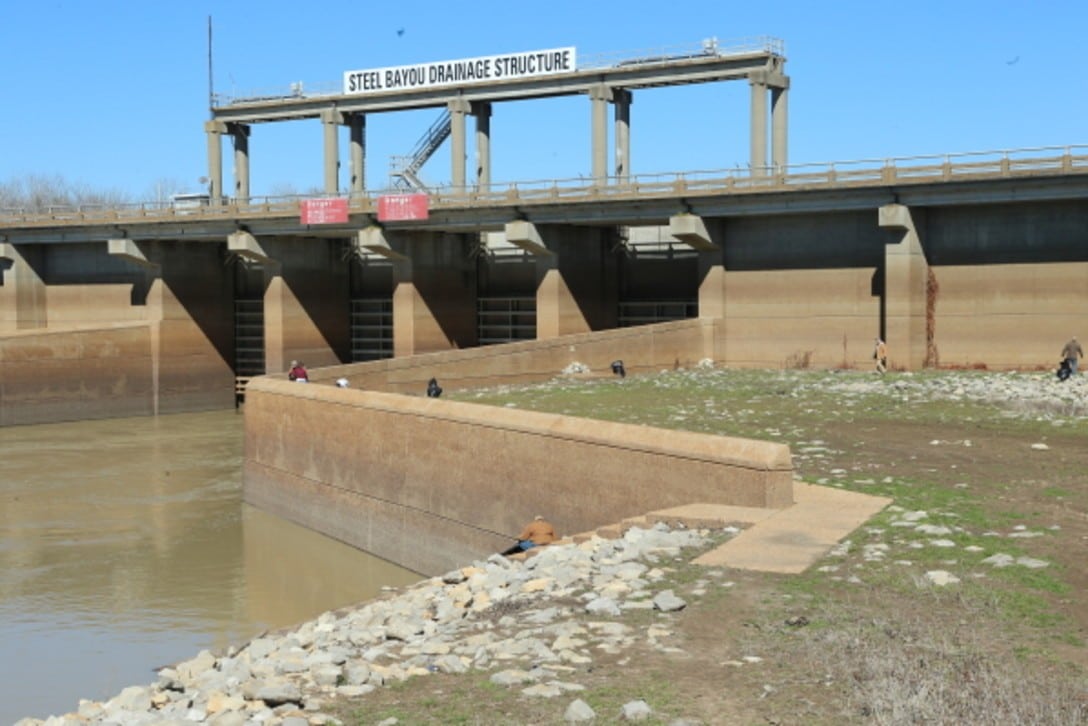 From the U.S. Army Corps of Engineers, Vicksburg District:

The U.S. Army Corps of Engineers (USACE) Vicksburg District closed the gates of the Steele Bayou Control Structure, located approximately 10 miles north of Vicksburg, Mississippi, and activated its Emergency Operations Center to “emergency watch” status Jan. 14 due to forecasted high water on the Mississippi River and its tributaries.

Heavy rainfall across the region over the past week and the rapidly rising Mississippi River have created conditions that require the Steele Bayou Control Structure’s gates to be closed. The structure, which was built in 1969, combined with the Mississippi River and Yazoo Backwater levees, prevents the Yazoo and Mississippi rivers from backing up and further flooding the Delta.

During an emergency watch, district personnel and their local partners monitor the conditions of all federal flood control works, including levees, floodwalls and pumping stations. They also monitor rainfall amounts in affected areas and use National Weather Service data to determine if weather conditions warrant further action.

“We are currently experiencing higher-than-normal water stages across the region. We’ve activated our Emergency Operations Center to monitor the forecasted flows and its impacts on our infrastructure,” said Vicksburg District Commander Col. Robert Hilliard. “The district has begun and will continue to work with its local, state and federal partners.”

According to National Weather Service forecasts, the Mississippi River is expected to reach flood stage at the Arkansas City, Ark., and Greenville, Vicksburg and Natchez, Miss., gages by mid-January.

As of today, the district has personnel engaged in emergency watch efforts, including increased monitoring of river forecasts, offering support to local levee sponsors and state officials and supplying flood-fight material to local sponsors as needed. In the past week, the Emergency Operations Center distributed pumps to locations in Adams and Quitman counties and provided more than 32,000 sandbags to Warren County officials.

The district will continue monitoring the forecast and the condition of its flood control works to determine if further activation of its emergency response efforts will be required. As of Jan. 14, the district has observed no significant sand boils or seepage at flood control sites.