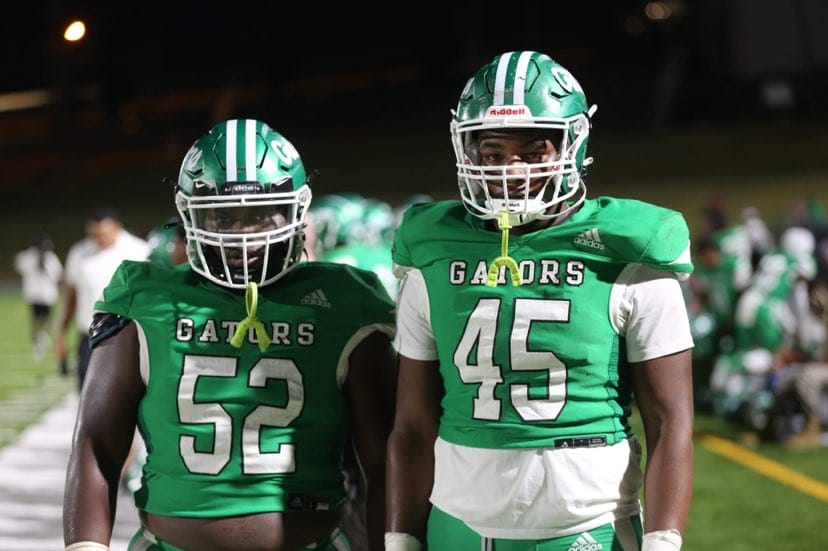 Demarcus Johnson (left) and Caleb Bryant (right) have become a formidable duo on the field. (Photo by Marcus James)

Caleb Bryant and Demarcus Johnson have become a dominant force on the Gators defensive line over the past couple of years. The duo continuously have given their competition trouble in their run game.

Bryant, a 6’4 defensive tackle, has no problem getting off blocks and hitting running backs in the backfield for a loss of yards. He registered 10 and a sack against Canton in the 45-0 win on Sep. 13.

Johnson, another big name on the line, began making a name for himself as a freshman last year by grabbing eight sacks. Since then, he has continued his rough style of play, creating difficulty for any player who steps in front of him.

With the help of Johnson and Bryant on the line, VHS was able to shut out their opponents for four weeks straight and have multiple games where teams failed to get over 100 rushing yards.

The Gator defense has become one of the best that fans have seen in a while. VHS is currently allowing only 8.4 points per game, and it all started in the trenches with the big guys controlling the line of scrimmage.