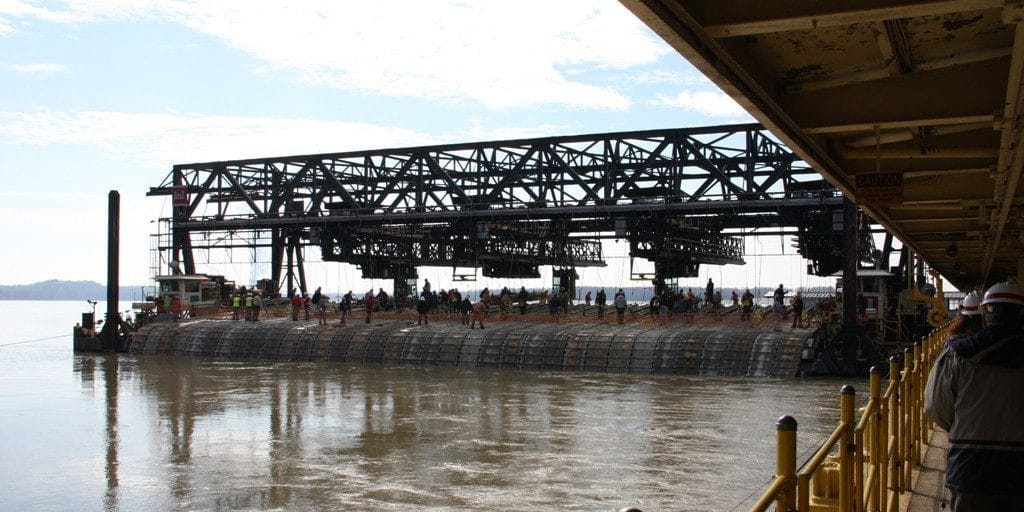 The Armor 1 project deals with the future revetment of the Mississippi River. It will replace the mat sinking unit which has currently been in operation since the 1940’s. MacGregor, which is part of Cargotec, secured winch systems from SIA Solutions LLC, whom will serve as the overall robotic systems integrator for the project.

The Natchez National Cemetery Bluff Stabilization Project seeks to deal with ongoing erosion problems which threaten the cemetery. An extreme amount of rainfall this spring had the Corps of Engineers attempting to mitigate the risk of erosion. As of now, no grave sites seem to have been impacted. Tarps and sandbags are placed along the bluff which serve to redirect the flow of rainfall into the city’s storm water drainage system.

Federal funds have been approved and The National Cemetery Administration and the U.S. Army Corps of Engineers are both expected to be awarded a construction contract sometime in mid-July to solve the issue.

The MR&T Project was authorized by the Flood Control Act of 1928 in response to the flood of 1927. A unified system of public works was considered a necessity to put in place in the lower Mississippi Valley to help secure flood risk management and provide an efficient navigation channel.