Community rallies to support a young man after terrifying robbery 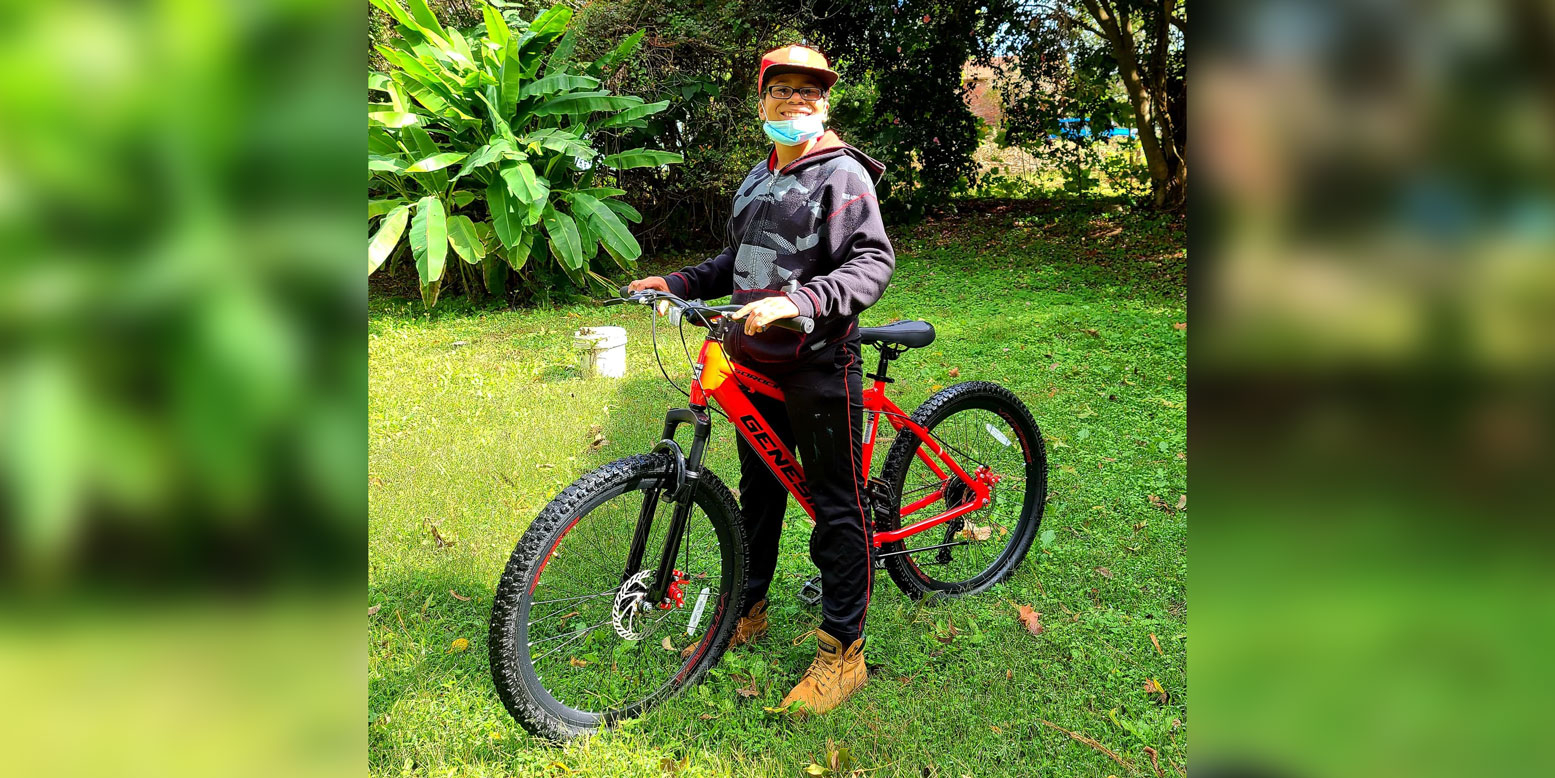 Kofi Louis is all smiles on his new bicycle (photo by David Day).

The Vicksburg Warren County community has come together in a big way to support a young man and his family after a robbery.

It all began Monday, Oct. 26, when 13-year-old Kofi Louis experienced a terrifying armed robbery. Louis was pushed off his bike by a robber who pulled a gun on him before stealing the bike. If that wasn’t enough, the robber also took Louis’ keychain with his house key, leaving his home vulnerable.

When the news got out about what happened, the community leapt into action to set things right. A GoFundMe account was set up to raise money for a new bike, and several local folks donated to the cause.

The group visited Louis at his home to let him know he has the full support of the community, and then took him to Walmart to replace his bicycle. While most of the group was out shopping, Gilmer stayed behind to replace all the locks on the Louis home for free.

The presence of so many officers caught the attention of Walmart manager Angela Shelby.  When she realized what was going on, she insisted that Walmart would happily donate not only a bicycle but also a helmet, cupholder, safety lights, a bike lock and earbuds. 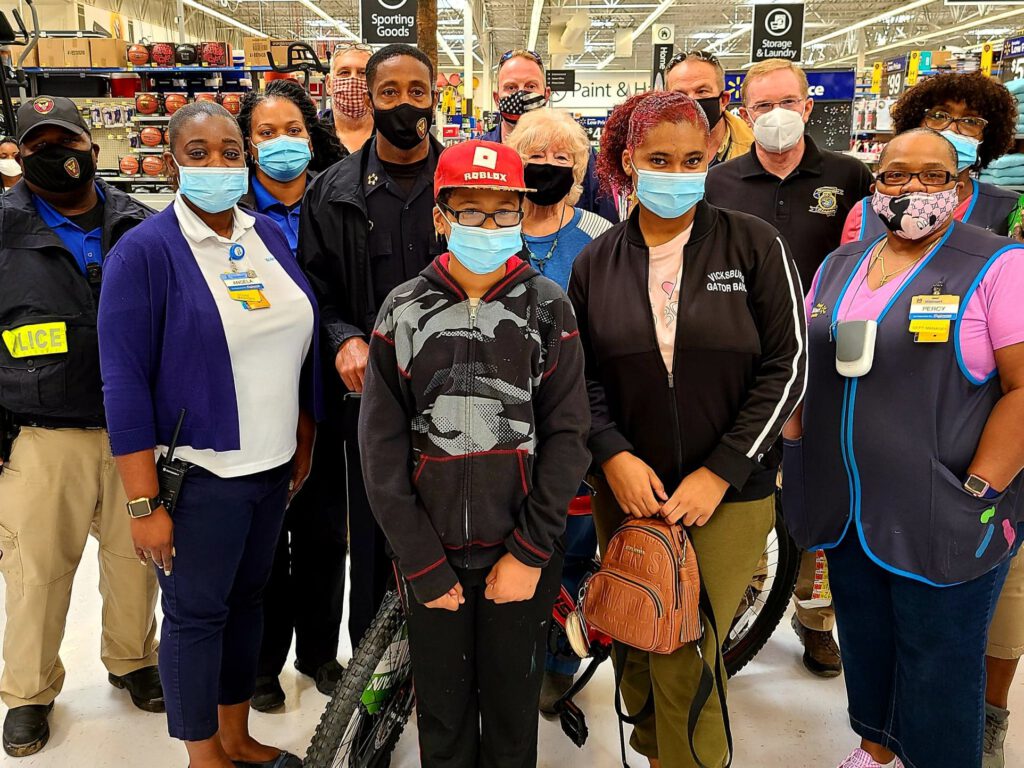 Alicia Louis updated her GoFundMe page to let everyone know that the bike has been gifted.  She thanked everyone for supporting her brother and assured them the money raised would go toward tools, tubes, and whatever is needed to maintain the new bicycle.

The outpouring of generosity from the entire community has touched the Louis family and helped turn a frightening robbery that shook their home into a blessing and a reminder that good will prevail.